A- The Gemara were are learning is admittedly a bit complicated.

Here is a simple outline:

2- A Lo Sa’ase with correction: A Lo Sa’se transgressed that the Torah allows  for a correction (in the form of an E’se – a positive commandment), “teshuvah”, there is no Malkus if the remedy allowed is actually performed.

Example: Stealing is a Lo Sa’ase. Returning the loot is a Mitzvas E’se. Meaning that one can return the stolen object performing the E’se and rectifying the Lo Sa’ase of stealing. Thus there is no Malkus if he returns it. How much time does one have to remedy the LoSa’ase ?  [See below in different words and its connection to Pesach] –

In our example – how much time is one given to return the stolen property?

That is argument between Reb Yochanan and Reish Lakish:

Reb Yochanan says that he has as long as one wants-  provided that he is indeed able to remedy it.

Once the possibility is gone, he gets Malkus.

Example: Finishing eating the Korbon Pesach until the morning. The Lo’Sa’ase is not to allow any potion of the Korban uneaten.

If one does leave some pieces he is given the next day to burn it. That is an E’se.

But once the next day passes and he does not burn it, is too late and he gets Malkus. Reish Lokish argues and says that one is not given much time at all. Rather, after one transgresses a Lo Sa’ase, Beis Din calls him for a hearing and tells him: Either you remedy it immediately (i.e. return the stolen property) or we will give you Malkus.

In this category one cannot perform the “correction” before the transgression. One can obviously not return stolen property before stealing it.

3- This is the tricky one. A Lo Sa’ase and an E’se. But the E’se can and/or must be performed with out transgressing the Lo Sa’ase.

Example: A fire must always be lit on the Mizbeach. That is an E’se.

Extinguishing it is a Lo Sa’ase.

This E’se can and must be preformed prior and without any connection with the prohibition of extinguishing it.

On the other hand it can also be performed after one extinguishes it.

So here is the dilemma – does this E’se rectify the Lo’Sa’ase?

Someone that extinguishes the Mizbeach fire -transgressing a Lo Sa’ase – but then reignites it performing an E’se. Does his second action rectify the first?

That is what original saying of Reb Yochanon was all about.

More examples of ruining the ability to correct the Lo Sa’ase:

1. A Kohen rapist who divorces his wife cannot remarry her.

2. A non-Kohen rapist who divorces his wife then makes a vow  not to have anything to do with her

3.  Removing the bird’s eggs while the mother is hovering above them. He can avoid getting Malkus by sending away the mother now. But if the mother dies then he in unable to correct the Lo Sa’ase

​B-  In this week’s Gemara we learned about in interesting Machlokes which also has to do with Hilchos Pesach.

Everyone agrees that if a person rectifies the Lo’Sa’se with an E’se he does not receive Malkus.

For example, if someone steals and later returns according to all opinions he is exempt from malkus.

The question is how long does a person have to rectify his actions?

In other words when does Beis din determine that this person is never going to do Teshuvah and we can give him Malkus right away?

There are two opinions:

Based on this the Alter Rebbe brings a very novel idea in the name of the Magen Avraham in Hilchos Peisach:

What happens if someone finds  Chametz in house on Pesach?  Generally, it is not such a big problem because since he did the Bittul before Peisach the Chametz  does not belong to him.

However what happens if someone by accident makes new Chametz on Pesach, in this case we have a problem because the Bittul that you did before Peisach does not apply, this is brand new Chametz.

The Magen Avraham suggests something interesting based on the Gemara in Shabbos:

The issur of Chametz on Pesach goes into the category of an Aveirah that the Torah allows for a correction to be done (Lav Hanitak L’E’se); there is an Issur of B’aal Yeraeh and B’aal Yimatzeh and there is the correction of Tashbisu (destroying it).

Based on the Halacha Kiymo ve’lo Kiymo it is possible that as long as he has in mind to burn the Chametz he is not going to transgress the Lav because he can always correct it.

Therefore the Magen Avraham suggests not to touch the Chametz (assur b’hanaah and muktzah) which was formed on Pesach, rather just have in mind that you are going to burn it and you will not be oveir on B’aal Yeraeh and B’aal Yimatzeh.

Despite the great admiration the Alter Rebbe had for the Magen Avraham in quoting him constantly, in this particular case he omits his suggestion and in the Kuntras Achron gives two reasons why:

Tosfos asks how is it possible that we find something which is more stringent with Terumah (not touching) then by a Kodesh object which a person who is Tamei seemingly is allowed to touch it?

Tosfos brings an answer from a “R’ Shlome Midroi”sh Nishmoso Eiden”. A rare description in Tosfos.

Who is this Ba’al Ha’Tosfos that merited this  Nishmoso Eiden?

R’ Shlomo is also known as Hakadosh Miradush. The martyr of Radush.

(There are two versions as to what city he was from either Radush, or Droish know in French as Druex.  Seemingly the right version is Radish see here)

Although it is very rare for Tosfos to give any titles to any of the  Balei Hatosfos, because he was killed Al Kidush Hashem he was given these accolades. No details are known about his death.

One of the most famous Pesakim from the Kadosh Miradush is that by Kidushin one Shliach cannot make another Shliach to be Mekadesh a woman.

“Six days work shall be done, but on the seventh day you shall have sanctity, a day of complete rest to the Lord; whoever performs work thereon [on this day] shall be put to death”

He notes that it does not say “Six days you shall work” rather it says “six days work shall be done“? Which seems to a imply a type of work that is being performed on its own and that type can be performed six days a week but not on Shabbos.

He explains that when Moshe was erecting the Mishkan all he had to do was to act like he was putting it up and an angel would help him erect the entire structure. Similarly, when actually building the Mishkan they were assisted by angles. So in a sense there were “two people” working with the materials.

If so one might think that you can even continue to build the Mishkan on Shabbos because the Halacha is that when two people perform a Melacha on Shabbos they are  Patur!

This is why it states “it shall be done” as if to say it was done by itself… With the help of the Malachim…..

And nevertheless this should only be performed on the six days and not on Shabbos.

Why? There is more than one person doing it?

This is why the Pasuk continues “whoever (singular) performs work [on Shabbos] shall be put to death”.

meaning that because the Malach does not work on Shabbos therefore if you do work you will be doing it on your own. 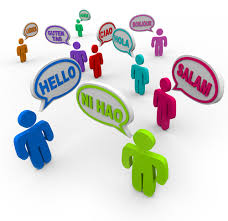 The question is asked, we can understand why Achasveirosh wanted the man to be the ruler of the house, but what is the importance as to what language they speak at home? ​

When the king’s messenger’s came to get Vashti she refused to go. She started swearing in her native language: Babylonian. “Tell than low life …….

The Persian messengers did not understand what she was saying. Had they an inkling of what Vashti had to say to Achasveirosh they would not have repeated it. They went back to Achasveirosh and repeated word for word what she said in Babylonian causing him great embarrassment because many were of his guests spoke Babylonian.

As a result he instituted that all families should only speak the husband’s language!

1- The decree was ordered on the 13th of Nisan.

2- Three days of fasting were declared.

3- Esther approached the king on the “3rd day”.

5- Haman was hung at the conclusion of the second feast.

L’halacha it is paskened that Haman was hanged on the Second day of Pesach- Nisan 16. Therefore the Alter Rebbe says a person should add something extra on the second day Pesach meal to commemorate hanging of Haman. See here.

As you can see in the table above there is a difference of opinions between the Midrash and Rashi regarding when the first day of the fast was; the 13th or 14th of Nisan.

The Rebbe explains that according to Rashi the meaning of the verse in the Megilla “And Mordechai knew all that was happening” means that he found out in a dream, therefore the fast was only instituted untill the next day.

However, according to the Midrash, Mordechai knew either through Ruach Hakodesh or through Eliyahu Hanavi therefore he was able to institute the fast right away.

See here for the source.