1- BBQing in the times of the Mishnah: When roasting fish, one would place something between the grate and the fish to prevent the fish from getting burned.

Our Mishnah prohibits the breaking of a piece of earthenware (shard) or cutting a piece of water soaked paper on Yom Tov to place between the fish and the charcoals. The Gemara states the reason for this is because it violates the prohibition against ‘fixing a utensil’.

Cutting the piece of paper to fit under the fish is based on the Melachah of מכה בפטיש.

An excellent example of fixing a utensil with a hammer.

Our discussion was the reason the Gemara does not cite a more obvious issue: Cutting paper,  קורע or  חותך itself is something that is prohibited, so why not cite this Melachah.

2- As an introduction to this topic we studied the  list of the 39 Melachos:

What is the difference between ‘tearing’ and ‘cutting’? Please select one of the above: which one was opened correctly?

3- We spoke about the Alter Rebbe’s (340 17) definition, explanation and ruling on the מלאכות  of קורע and חותך. קורע –  is when one detaches or  separates two or more items that were once separate and united into one. Such as pulling part a sweater. The threads were separate and then knitted to create a sweater. Opening the glued flaps of a cereal box. Opening a bag of potato chips where it is sealed ‘Tearing apart’.

חותך – is when one tears or rips an item that was always one piece. Such as a piece of paper. A swatch of leather that covers a jug. ‘Cutting’.

[ We suggested an easy way to remember the definition of these two מלאכות.

קורע is like קריאת התורה….. Where some years a few פרשיות  are joined together and sometimes are separate….]

These are two distinct מלאכות, each with different parameters which we will discuss IY”H next week.

We had a heated debate about the cutting a piece of paper towel on Shabbos or Yom Tov. To be continued. 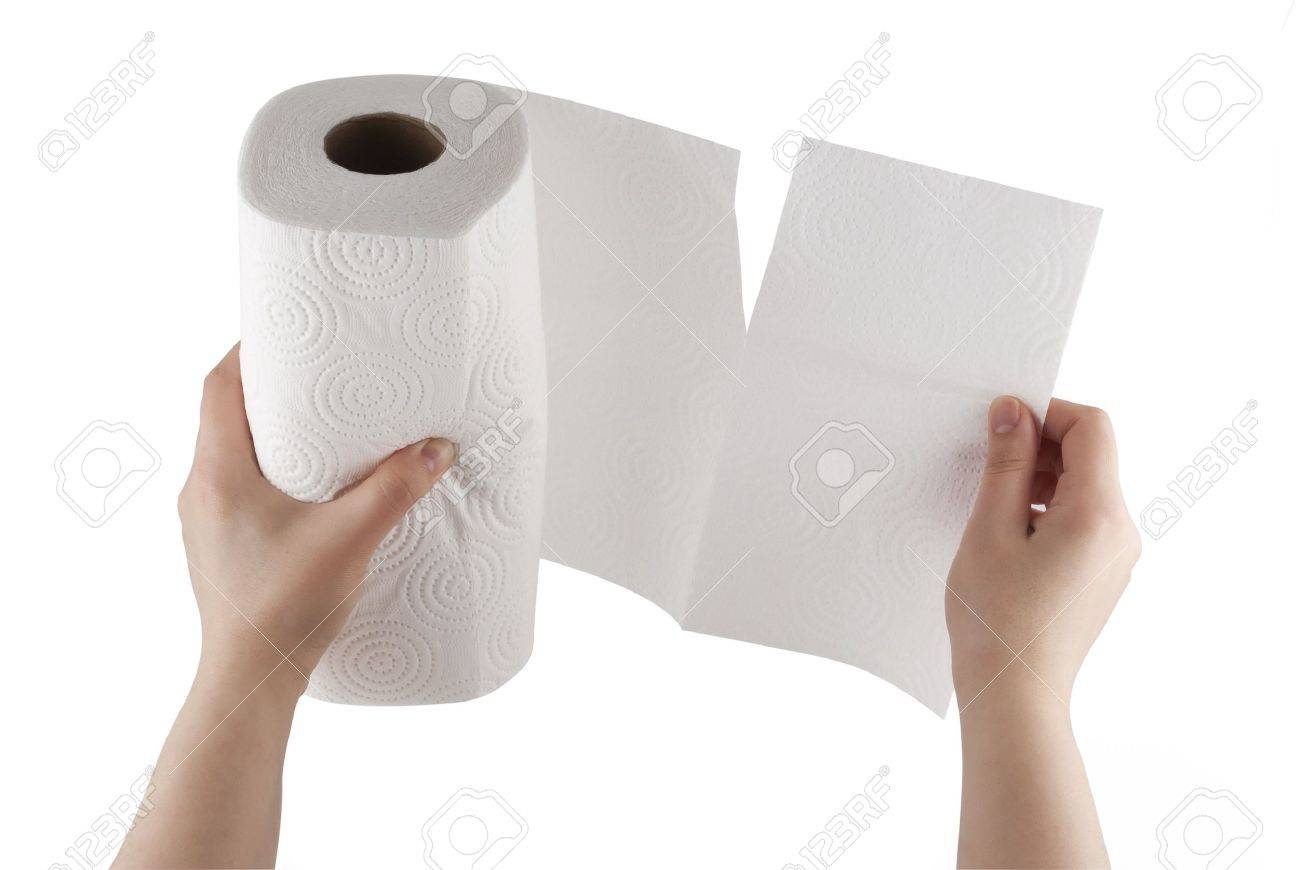 4- The Mishna and the Gemara discuss the issue of building on Yom Tov as it pertains to cooking. Such as assembling two pots side by side and then placing a third on top of there two. Another example offered, as explained by Rashi, is placing eggs on a tripod that hovers over a fire.

We tried to figure out the meaning of this.

5- The Gemara suggests the proper way of setting up a bed, canopy, etc. First by holding up in the air the mattress and then setting up the bed frame and only then lowering the mattress on the frame. This is done in order to avoid the מלאכה  of בונה ומאהיל. 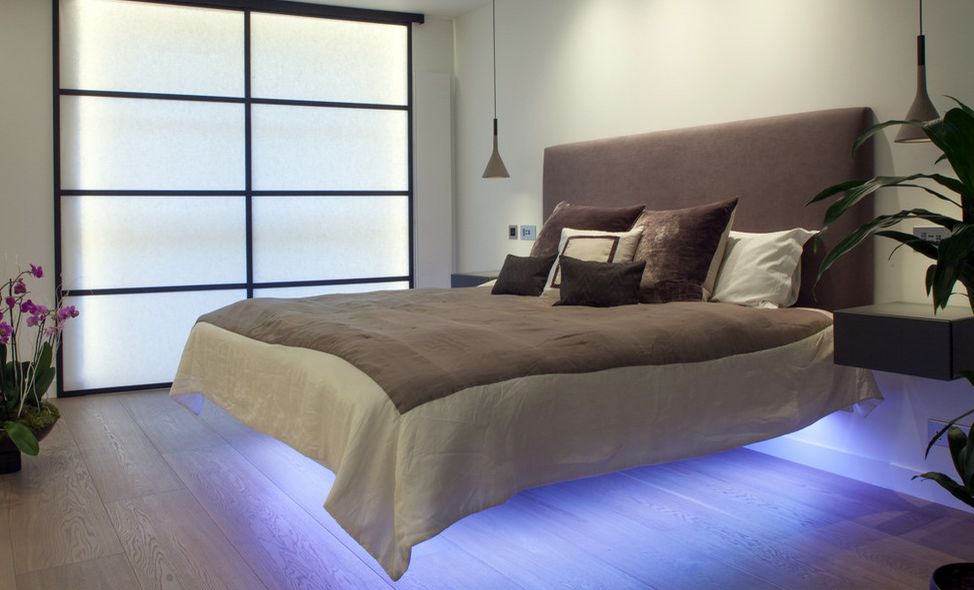 We discussed opening a folding table on Shabbos and/or Yom Tov.

6- Mentioned the interesting Tosfos in Shabbos (95,a. VeHarode) that asks a simple question. The Gemara there discusses the prohibition of מגבן– one who presses together curds of milk to form cheese. On Shabbos it is prohibited because it is like בונה. Meaning that on Yom Tov it would be allowed.

So now we have a type of בונה that would be permitted on Yom Tov – cheese making. Based on the rule of מתוך  , a person whose home was destroyed on Yom Tov should be allowed to literally rebuild it if he can manage to eat there on Yom Tov!

Tosfos concludes that… Min Hatorah one could…

7- We mentioned the Avnei Nezer  – (OC 412) who asks, based on the above, why are we not allowed to ‘build the Beis Hamikdash on Yom Tov’? By finishing the construction we may then bring certain קרבנות and that are we are only allowed to be מקריב on Yom Tov, (or for the שתי הלחם)?

1– Our Gemara delves into Agadata with a few interesting observations:

A- Rav was not fond of some of the Gvirim of Bavel, saying they were not charitable. He went as far as doubting their Jewish linage!

B- Someone who doesn’t know where his next meal will come from is considered as if ‘his world is dark’. We spoke about the ‘teg’ where Yeshiva  Bochurim would eat every night at a different home.

…hmm, where am I eating tonight? 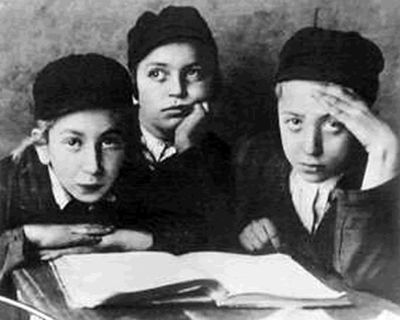 [We mentioned the בית הלוי and his explanation of what Yosef told his brothers:

‘don’t worry, I will not take revenge on you for selling me as a slave. On the contrary, I will provide all your needs.’

He meant to say that the fact that you will always need me to support you is punishment enough….]

C- Three kinds of people whose lives are not considered ‘living’.

1- He who is so poor he waits to be invited so he can eat a meal.

2- He whose wife controls him. 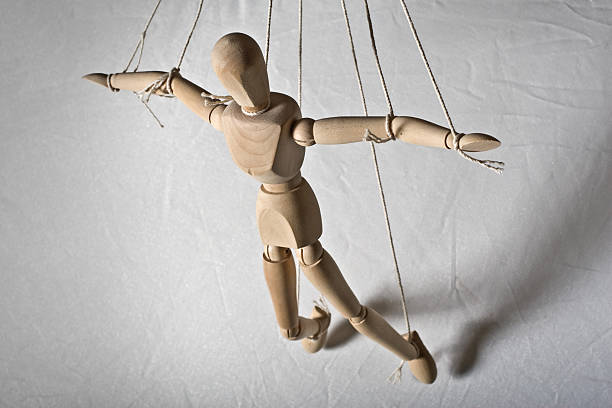 3- He who suffers debilitating pain.

We spent time exploring various explanation on the Gemara in Brachos concerning the two types of marriages. 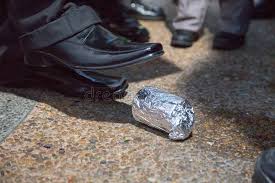 The People of Bovel would say: In Israel, when one would get married he would be asked (about his marriage): is your marriage a  מצא or מוצא:

He who has found a wife has found good, and has obtained favor from the Lord.

And I find more bitter than death the woman whose heart is snares and nets,

Now the Gemara itself does not offer an explanation as to the difference between מצא and מוצא. Both mean ‘finding’ a wife.

We collected so far 6 explanations of interest:

1-     מצא – Found. Past tense. Before one was created it was determined whom he would marry, thus this marriage would be a peaceful one.

Or מוצא present. Meaning he didn’t merit to find his predestined one……(yet)

2-     The GR”A- One only remembers the bad. So מצא means a good marriage, with no need to be reminded of his good luck. מוצא means constant reminder of his choice…..

3-     The problem is the אני in the מוצא. A husband with an ego is not healthy for a marriage….

4-     מצא means a wife who is always at home when the man arrives as opposed to  מוצא who is a wife that the husband need to search for….

מוצא means an a common find, a ‘standard’ wife. 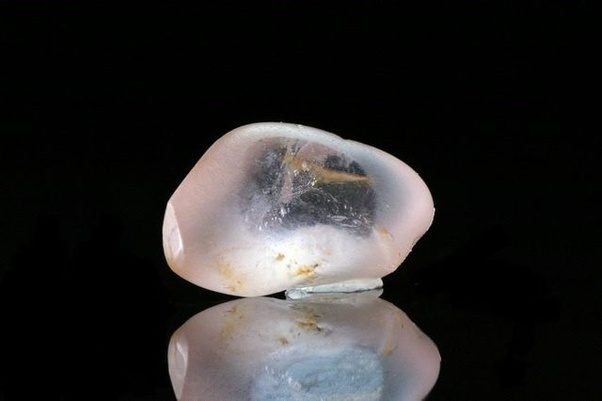 2– We spoke about the creation of an Ohel. The ‘tent’ created by covering the children with a Talis on Simchas Torah.

3– From last week. Our Gemare discussed ‘plates of the farmers’. Basically a flat piece earthenware with no indentation. We discussed the origin of the expression ‘room and board’. 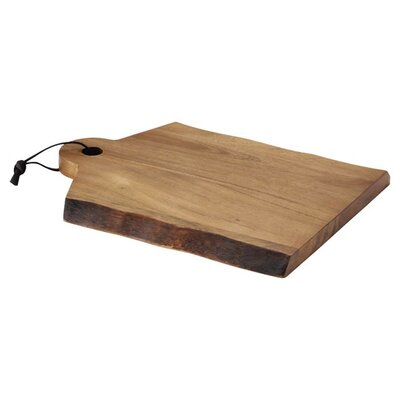 4- We mentioned the Chasam Soifer who was asked the following. Our Gemora has an issue finding a purpose for allowing or prohibiting the forming of coal. What can someone do with it on Yom Tov other than using to melt gold or other metals. The question is why not say that one needed the coal to heat a Mikvah. The CS delves into the history of heating Mikvas and if it prevalent in the time of the Sha”s.

1- We began with our  Mishnah which discusses the forming an oil lamp from a clump of clay. 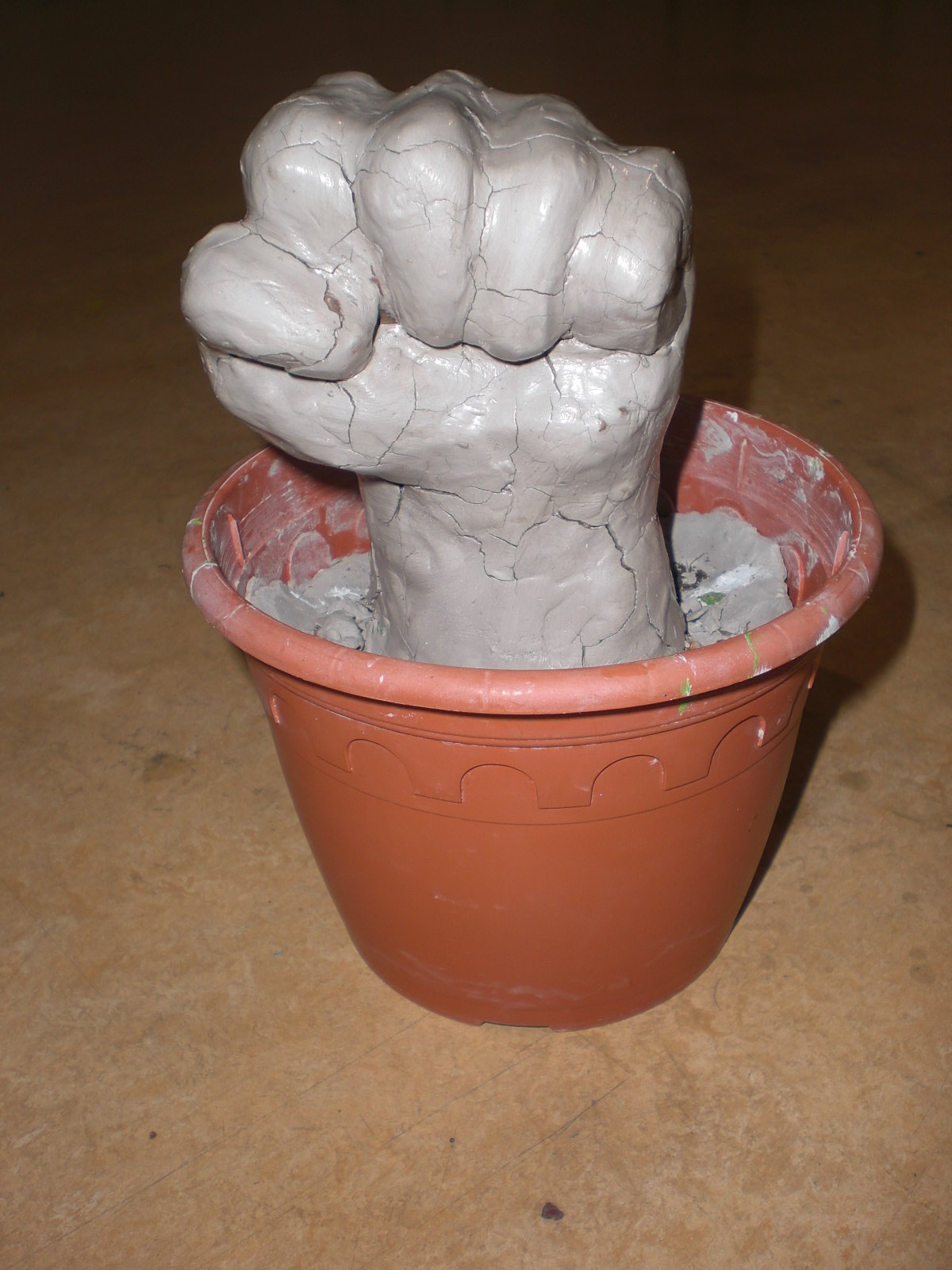 2- The second portion of the Mishnah is the ruling against the production of charcoal. 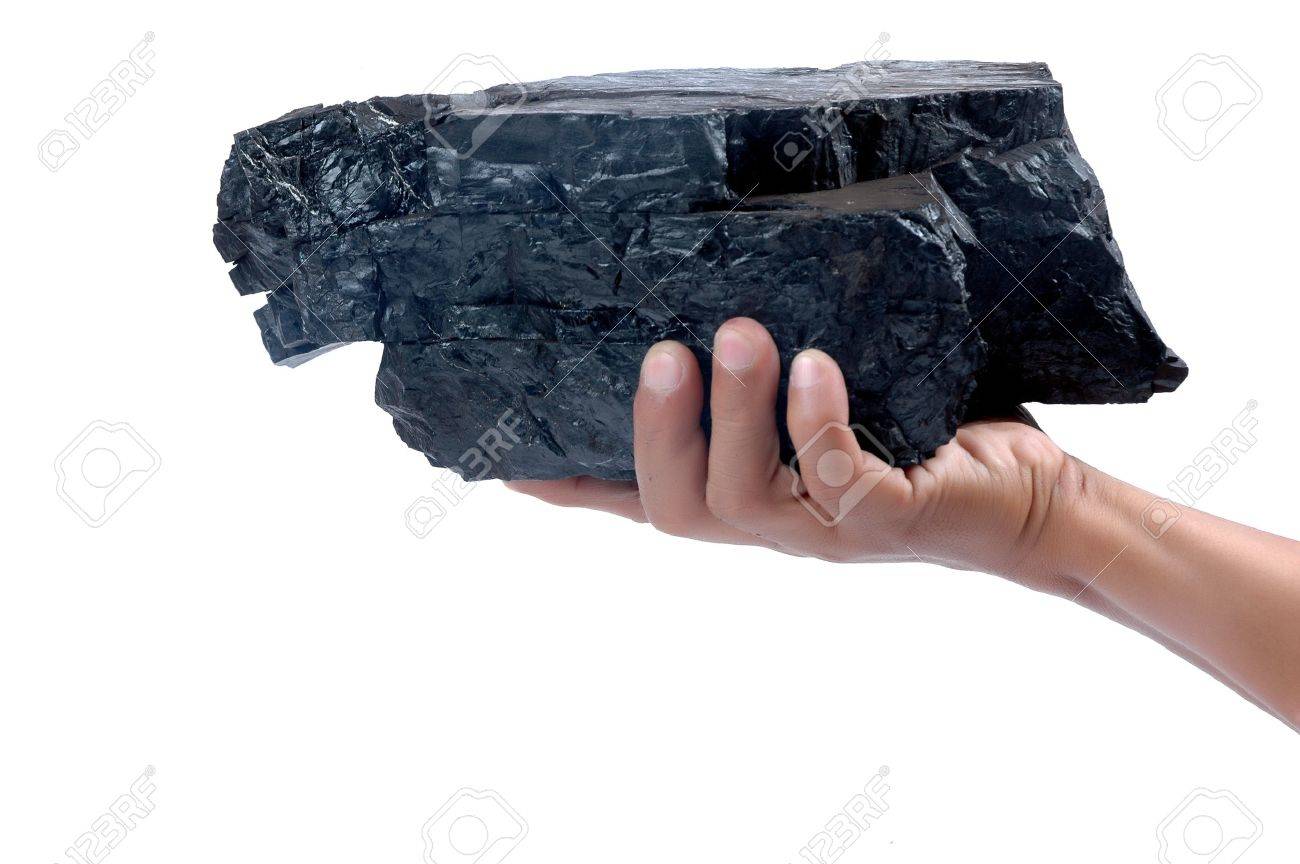 The Gemara explains the necessity for this ruling. Seemingly, the only use for these coals are for gold smiting which is obviously for work prohibited on Yom Tov. So the Gemara says that the Mishnah is referring to coal that is formed for the sake of heating water to bathe. But bathing on Yom Tov with hot water that was cooked on Yom Tov is prohibited.

The Gemara concludes that the coal was produced to create steam. Sitting in a steam bath was at that time permitted. So this is what our Mishnah meant when prohibiting the forming of coal bricks for the purpose of creating steam.

It is clear that heating water on Yom Tov for the purpose of washing one’s entire body is strictly forbidden. We read the text of Tosfos on the bottom of 21b. Such is the Halocho in the Shulchan Aruch 511,2.

3- We moved on to showering on Yom Tov with water that was heated before Yom Tov. Discussed the gas water heaters with a constant burning pilot light that use no electric current at all. If one were to turn off the gas before Yom Tov, so that no new cold water would be heated, would a shower be permitted?

The short of it is as follows:

Thus, using water that was heated before Yom Tov is permitted as long as it is a private shower and not in a Mikvah or bath house. [To prohibit it would be a גזירה לגזירה].

According to the Ashkenazim [Tosfos, Rosh, Ramo +] cooking water to to bathe on Tom Tov itself is prohibited Min Hatorah. Why? Because cooking water to bathe is not similar to cooking water for coffee since bathing is not שוה לכל נפש . Only the ‘feinshmekers’ do it daily.

What is the Halachah למעשה on showering with water that was heated before Yom Tov?

[Showering in a home that has an ‘instant hot’, tankless water heater or electric water heater is obviously prohibited]

The Alter Rebbe 511,1 states clearly that although the Halocho is like the Sefardim, the Minhog is like the Ashkenazim “and one should not change [this Minhog].