1- We studied the back and forth arguments concerning the machlokes if one may bring the korban Re’iya – עולת ראייה – on Yom Tov or one needs to wait until after the first day Yom Tov.

2- Our Gemara mentions the ‘Shtei Halechem’ –  שתי הלחם. On Shavuot the first offering from the new wheat crop, known as the “Shtei HaLechem” the two loaves, was brought as part of the Korbonos. Along with the two loaves, two lambs were included in the offering. The priests would wave the lambs and the loaves in all four directions and up and down, and then place the אימורים of the   lambs on the mizbeiach (altar). The loaves were then eaten by the kohanim. 3- We mentioned a perplexing Zohar that seems to imply that the 2 loaves were placed on the mizbeiach and consumed by the fire as well. This is a difficult passage indeed since the ‘Shtei Halechem’ was chometz and there is an unequivocal prohibition from placing anything made with from chometz on the mizbeiach.

The korbon Toda also needed 100 chometz loaves to accompany the animals but that too was never placed on the mizbeiach.

So we related some interesting Chabad history: 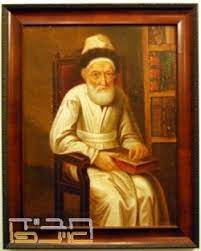 Reb Sholom Shachne was a chosid of Reb M. Mendel of Vitebsk and was involved in the first printing of the Tanya. His name is mentioned in one Haskomo written by the  Alter Rebbe’s colleague.

We’re familiar with the tragic story of Devora Leah who passed away as a young mother. But what happened to Reb Sholom Shachne? Well, he married Rivka [Riva’le] a granddaughter of the famed Reb Aharon Karliner.

In turn they had two daughters, Devora Leah (named after Reb Sholom Shachne’s first wife) and Ester Haddasa [Hodos]. Both were half sisters of the Rebbe the Tzemach Tzedek.

Devora got married, gave birth to Beila [Beilike] and tragedy struck again with Devora Leah (the 2nd) passing away at a young age. This young Beilike grew up in the home of  her cousin, the Tzemach Tzedek.

Now the Tzemach Tzedek had an elderly chosid by the name of Reb Yeshayohu Haleivi Horowitz. He was a descendant (9th generation) of the original Reb Yeshayohu Horowitz, the Shalo Hakodosh. After many years of a childless marriage  the Tzemach Tzedek tells him: Today in middle of Shmonei Esrei [at the brocho of ‘ato chonein’]  it occurred to me that you should get divorced, remarry and you will have children!

Lo and behold Reb Yeshayohu Haleivi Horowitz marries…..Beilike! They had five children and when Reb Yeshayohu passed away, (two years before the צמח צדק)  at the suggestion of the Tzemach Tzedek, Beilike moves with her 5 boys  to… Tzfas. They took part in the reestablishment of the Chabad comminity in צפת.

See here a recently found and published letter to him concerning the shul in Tzfas. Page 14. See the footnotes there.

One of her grandchildren, Reb Yeshayohu Horowitz (the 3rd) was a great Talmid Chacham who was a member of the Beis Din in צפת.

[Parenthetically, another descendant was the sofer, Reb Yeshaya Matlin, who lived on Kingston Ave until his passing in 1996 and was the the sofer for 770 and the Rebbe. His children are Mrs. Zakon, Charitonov and Shechter].

Reb Yeshayohu was a noted תלמיד חכם  and a multi-talented individual who eventually moved from Tzefas to Winnipeg Canada in 1923 where he was the Rov of the old Lubavitcher Shul there.

See in the preface where he writes his family history. When he mentions the Rebbe he added the ש”ב, meaning ‘my family’.

When the Rebbe Rayatz passed away he was one of the first people to write to the Rebbe to accept the ‘nesius’. The Rebbe responded to him saying “I’m shocked at the suggestion.  [that I accept and become Rebbe] …

My complaint is not against his Torah honor, as he is not someone who knows me, [we never met face to face]  but he certainly should have done prior research and inquiry , since this is an issue of life-and-death…..”.

After serving as a Rav there for many year Winnipeg he resettled back in Israel and passed away in 1978 and  is buried in Tzfas. Some of his descendants are became Chassidim of Breslov.

Now back to our question on the Zohar:

In 1944, Reb Yeshayohu Horowitz wrote to the Rebbe asking him to explain the Zohar. He quotes from the Shalo [his great grandfather x11+] that mentioned this Zohar. See here.

The Rebbe’s answer in brief (אגרות קודש כרך א, ע’ שז) is that the ‘Shtei Halechem’, although not being placed on the mizbeiach, the Gemara views them as part and parcel of the entire korbon of Shevuos. As opposed to the chametz loaves of the karban Toda, the ‘Shtei Halechem’ are considered a Mincha and thus part of the karban. They both comprise one unit.

Additionally, if the ‘Shtei Halechem’ are missing then the entire korbon is invalid. “The kevosim come because of the loaves”.

So when the Zohar writes that they ‘both’ were placed on the mizbeiach it means that by placing the animal parts on the mizbeach, the korban, both meat and bread, is validated.

The Rebbe also explains this topic as it is reflected in Chassidus.

The Rebbe wrote on this topic to Rabbi Pardes. Here.  and while living in France. See here.

Auction of his notes on the Zohar. 1- We went over the story of Hillel who brought his Olah to the Beis Hamikdosh on Yom Tov. He was confronted by the students of Shamai.

A discussion ensued and the rest is history… The Halacha was finally established like Hillel. One may bring the Olas Chagiga on Yom Tov which is completely consumed on the  Mizbeach, despite its having no other – מלאכת אוכל נפש – permissible use, such as eating of its meat.

The Gemara continues and relates another story, this time with an individual student of Beis Hillel bringing his Olah, yet again being confronted by a student of Beis Shamai, with the student of Hillel rebuking him. This story is perplexing: Was not the Halacha established in accordance with Beis Hillel?

2- The Rebbe’s point is that despite the first story of Hillel and the acceptance by all of his opinion,  the custom was to not bring the Korban on Yom Tov.

This student’s action was the exception to the  normal custom.

3- The reason being that Shavuos is a Yom Tov that emphasizes the ‘Lachem’ – a must to eat and drink. As opposed to other Yamim Tovim that according to some opinions the the Lachem portion is optional.

(On the idea of what “lachem” means prctically

To underscore the importance of ‘Lachem’ – Yidishkeit that encompasses gashmius as a fundamental basis of life:  Only karbanos which were eaten (e.g. Shlomim) were brought, even according to Hillel. As a result of this custom on Shavuos, all other Yomim Tovim followed not to bring the non-eaten Olah. 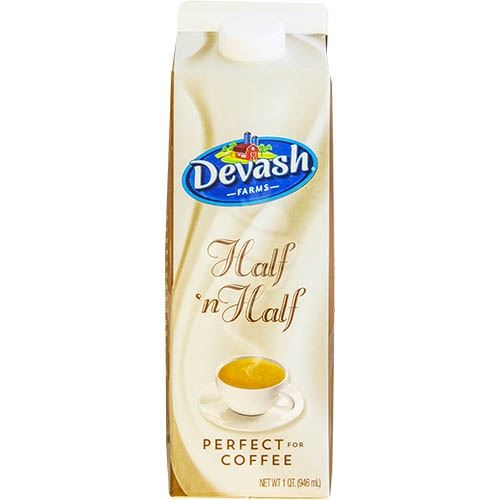 4- The Rebbe concludes that this is the source of the Alter Rebbe in Shulchan Aruch where he writes that ‘most Jews followed Beis  Shamai’.

5 – We spoke about the first story where Hillel tells the Shamai students that the animal he brought was a female when in fact it was a male.

We read the text of the  the Alter Rebbe’s ruling that changing the truth is only permitted when relating a story of the past.  Discussed how this jives with our story.

6- We spoke about the Rebbe’s notes on the Haggadah regarding the status of the Yam Suf during its parting. Was the ground dry or semi dry?