1- In continuation to last week’s shiur we spoke about the amazement expressed by Rava on Reb Shimon’s explanation of a pasuk in the Torah.

Yet, despite Rava’s statement that one should pray to have children (only) like Reb Shimon…..he then argues on all the points made by Reb Shimon! So the Gemara asks: What was the cause of his amazement if he disputes every one of Reb Shimon’s points? The Gemara answers that he was impressed by the method used by Reb Shimon based on Reb Shimon’s own understanding.

We mentioned from Rishonim that the meaning of this answer is that Rava was cognizant that his questions on Reb Shimon’s idea were obvious to Reb Shimon too.

Nevertheless Reb Shimon ignored these questions because he definitely had a good response and held his ground. So Rava was amazed that answers to Ravas refutations existed in Reb Shimon’s mind although he, Rava, was unable to figure out what these answers were!

2- We corrected what was mentioned last week that when the Mishna etc. quotes a saying from “Reb Shimon” as to which Reb Shimon they referred to.

It is Reb Shimon bar Yochai. See Rashi in Shevuos 2b, “Stam Reb Shimon is Rashbi”.

See here from the Seder Hadoros too.

3- Another statement from Rava: When a Korban Olah is sacrificed on the Mizbe’ach the rule is that it is to be totally burned. As opposed to other Karbanos, that a portion must be eaten, either by the donors or the Kohanim after the Mizbe’ach potions are set upon it, an Olah is not to be eaten at all.

So what happens if someone grabs a piece of the Olah right after it was shechted, (before the sprinkling of the blood on the Mizbe’ach), runs out of the Beis Hamikdosh, continues until he has reached outside the walls of Yerushalayim and then….eats it? 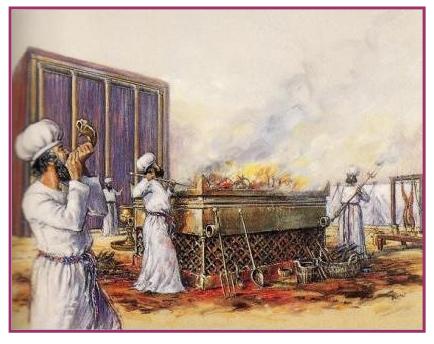 So Rava states that in Reb Shimon’s opinion he transgresses no less than five (!) Lavin.

1- Eating outside the Beis Hamikdosh.

3- Eating any Korban prior to the sprinkling of the blood.

4- Eating a Korban after the sprinkling of the blood by a “stranger – (Zar)”, (actually everyone is a ‘stranger’ in an Olah)

5- Eating a Karbon Olah which is supposed to be totally burned.

So we began our discussion as to how the fifth Lav can apply when this piece of meat is already prohibited because of the first four prohibition, in seeming contravention to the general rule that “Ein Issur Chal al Issur”. See here.

We will talk about possible answers next week bl”n.

4- In passing we discussed a rather famous statement of the Rambam who calls it “a wondrous point”! [Maybe “wonderful point”] The ramifications of this “wondrous point” are relevant today…..at least to (for example) for Jewish pet owners…..

In the times of the Chasam Sofer this “wondrous point” was an issue about candles made from neveila animal fats mixed with butter. 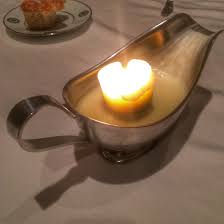 So what is this “wondrous point”?

There is the general prohibition (Lav) not to cook, eat or make use (Hana’ah) meat and milk together.

Meat and milk that has been cooked together is clearly prohibited from deriving from it any use, gain or pleasure.

The above rule pertains only to meat and milk that is Kosher such as meat from an ox and cow’s milk.

If either the meat or milk is from, say a camel, then there is no prohibition (at least min Hatorah).

What about meat from a neveilah?

A neveila is a kosher animal that was not shech’ted properly.

Let’s think -which of the three prohibitions should apply here?

1- Cooking it with milk is obviously prohibited. (It is after all a kosher (tehorah) animal, albeit not edible).

2- Eating it is also prohibited because it is already a neveila and assur. But only the prohibition of neveila applies here- not ‘bosor vcholov’. Why?

Eating it would not be a transgression of “meat and milk” because of the above rule – something that is already prohibited cannot gain another prohibition. So this piece of meat (cooked with milk) being a neveila already cannot also be prohibited because of ‘bosor v’cholov”!

For example – a cheese burger; (burger produced from steers – a kosher animal (tehorah). Ingredients: Neveila meat cooked with milk by a goy from McDonald’s. Unlike this picture below. Can we buy a cheese burger and feed a non-Jewish worker?  Seems that the answer is …no. One cannot benefit from ‘bosor v’cholov”.

So here comes the Rambam and states his “wondrous point”.

In our case of the cheeseburger being that is was made with neveilah meat with milk, if the prohibition to eat meat and milk does not take effect because “Ein Isur Chal Al Isur” (since the mixture is already prohibited to be eaten because it is a neveilah), then the Isur of Hana’ah also does not take effect.

in short – the issur of Hana’ah is subordinated to the issur achila.

Therefore, based on this “wonderful point” of the Rambam one would be able to feed non-Jewish workers or friends this cheeseburger.

Despite all the above one should not do it because most other Poskim disagree with the Rambam. So feeding them this neveila-made cheeseburger does indeed have the additional prohibition of Hana’ah of bosor v’cholov.

See here in the Pischei Teshuvah.

There is much more to this. Let this suffice for now.

With thanks to Eli Chitrik.

1- We spoke about the fascinating explanation of Reb Shimon (how appropriate, today being Lag B’Omer) on the verse regarding the prohibition of eating Maaser and other items outside Yerusholayim.

Rava, (the Amora), amazed at the brilliance of Reb Shimon exclaimed:

“One should pray that to have children like Reb Shimon”.

In our Gemara, Rava’s comment ends with the words “and if not… then it does not pay to have children”!!!!!

We mentioned that many delete these last words, for obvious reasons. True, Reb Shimon was a great Tzadik but there are many levels below Reb Shimon that are also of great stature. So while shooting for the top is to be admired, having children below the level of Reb Shimon is also something to pray for.

We spoke about the Mitzvah of Shiluach Haken and mentioned the age-old argument between the Rishonim if this Mitzvah should be associated with “rachmonus” – pity and kindness to animals. 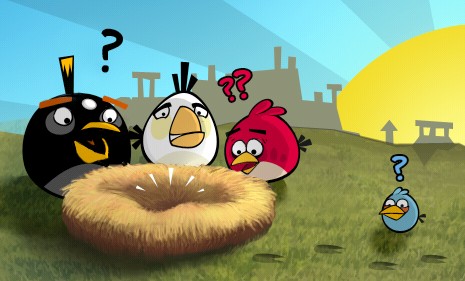 The Mishnah (Gemara Brachos, 33b) states that one who says, “The Al-mighty’s mercy reaches the mother bird,” must be silenced. The Gemara explains that this is because the Mitzvos are purely G’zeiros, “heavenly decrees incumbent upon us to fulfill,” and they are not given to us as expressions of G-D’s mercy.

Reb Shimon says in Yevamos that all of the Mitzvos have reasons!

The Rambam in his Guide states that the above Mishna is not universally accepted. On the contrary, humans are endeavored to search for the logic and the reasoning of very Mitzvah and Shiluach Hakan is not an exception.

The point is to warn mankind against causing undue distress to animals.

Interestingly the The Rambam in the Yad (Hilchos Tefilah 9,7) states that there is in fact no reasoning for this Mitzvah. For if the Torah’s intent were to teach man to have pity for animals, how then could ritual slaughter be permitted? (pirush hamishnayos l’Rmbm, brachos 5:3)

The Ramban tries to reconcile both approaches.

We mentioned the 14th century scholar Reb Yosef Even Kaspi, who penned some controversial commentary, writes that Shiluach Hakan teaches us that in essence the Torah is pro Veganism!!!

It could not totally exclude meat from a Torah diet because that would be asking too much. So at the very least is requires one to show respect to a mother bird prior to taking away her young children.

We briefly spoke about Rabbi Kook’s take on the above. See here