1- We spoke about the two categories of ‘gifts to the Kohen’.

a- Terumah and Maaser.

2- We spoke about the Trumas Hadeshen that derives from the Rashi in our Gemara that any ‘gift to the Kohen’ that remains “chulin” (category b) are not limited to be given on that particular date.

For example: Pidyon Haben: Ideally, this mitzva should be performed on the 31st day. But if the 31st day falls on a Shabbos, since the Chachomim prohibited a Pidyon Haben on Shabbos because it is similar to a business transaction, then it’s OK to push it off to Sunday. 3- We discussed the Trumas Hadeshen’s suggestion of giving the money to the Kohen on Friday with the condition that the transaction occur only on Shabbos. He strikes that idea because the Brochos are problematic:  Saying it on Shabbos defeats the purpose. One can’t say it on Friday since nothing has happened yet. To say it on Sunday is after the fact.

4- Now, this idea, is of relevance to commerce on Shabbos where the seller does nothing.

As mentioned, the Trumas Hadeshen,  the Brochos issue aside, seemed to say that there would be  nothing wrong in setting up a scenario before Shabbos that will register a business transaction on Shabbos! 5- We mentioned the frum vendor, Mr. Davidson, that had the Chiclets franchise in the NYC Subways in the 50’s. He loaded the machines and people would drop pennies to buy the gum on Shabbos .

Was this “selling on Shabbos” that is strictly forbidden? Or perhaps permitted since the seller does nothing…

From Chiclets to selling on the the internet…….

1- We continued the sugya of Mitoch.

Spoke about the halacha follows Tosfos’ opinion that although one can perform ‘work’ not directly associated with the preparation of food (such as carrying a Lulav) nevertheless there needs to be a ‘bit of a need’ associated with Yom Tov.

Playing ball in a Reshus Horabim is thus permitted only because it is obviously enjoyed by the players.

Work that serves no purpose at all is Biblically prohibited.

2- We spoke about the prohibition of carrying keys. The Ramo in Shulchan Aruch states that carrying keys to alleviate the fear of loss is permitted. We discussed the Mogen Avrohom and the Taz who prohibit it, and the Alter Rebbe’s ruling that this applies only to items not used on Yom Tov. Such as keys to a safe. 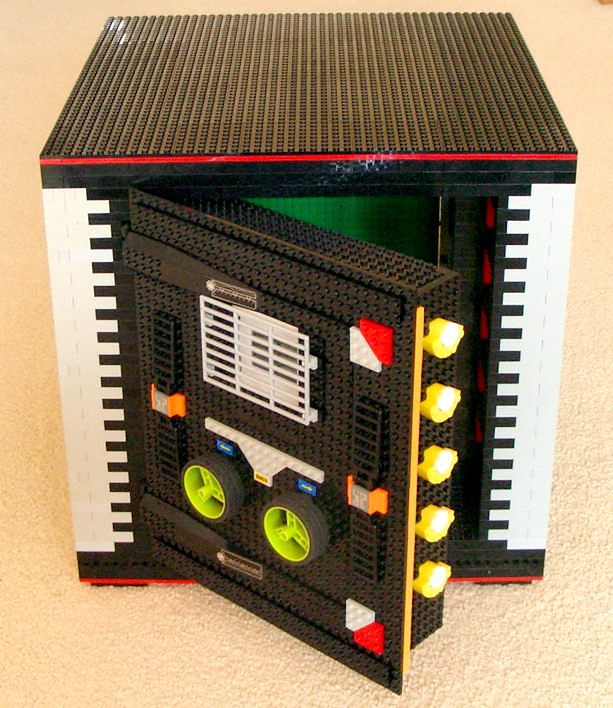 House keys are not a problem.

3- Finishing the sugya of Mitoch we mentioned a story fascinating we once heard. Just found it on the web!

During the last year of the life of the Chasam Sofer, zt”l, his students asked that he learn Masseches Beitzah with them. The gadol said to his students, “You must know that it is to your disadvantage that you’ve chosen that particular masechta. But seeing as it is what you all prefer and you are determined that I learn it with you, I will do so.” They began their study, and when they reached Beitzah 12, the daf that discusses the concept of מתוך ,the Chasam Sofer passed away and his holy soul ascended to the yeshivah shel ma’alah. His students all agreed that what had happened was alluded to in the words of Chazal in Berachos 31a: “A person should only depart from his friend while involved in “מתוך“of אל יפטור אדם מחבירו אלא :halachah הלכה דבר מתוך .Somehow, the Chasam Sofer had known that when he reached the principle of מתוך in Masseches Beitzah, he would take his leave of his students!

4- The next Mishna we began discusses the carrying on Yom Tov of the items we give to a Kohen such as Challa separated from a batter of dough and the ‘Matnot Kehuna‘ of a slaughtered animal. Namely the cheek & tongue, right front leg and the stomach.

5- Lengthy discussion as to a perplexing phenomenon as to why we rarely see the mitzvah of ‘Matnot Kehuna‘ performed nowadays despite it being plainly stated in the Shulchan Aruch that this Mitzva is mandatory Min Hatorah today!  The problem is even greater in Israel since meat slaughtered there all are in agreement that it is mandatory to gift ‘Matnot Kehuna‘to a Kohen.

Additionally, unlike Challah that only a Kohen Tahor may eat, (which is the reason we burn it nowadays), the ‘Matnot Kehuna‘ – if these parts of the animal would indeed be gifted to the Kohen, he would actually have meat on his dinner table.

We mentioned the minhag in a few rare places where they would ‘gift it to the Koshen and then buy it back for a symbolic amount‘.

1- We continued the sugya of “mitoch’.

In the Mishnah, Beis Hillel permits carrying a child, Lulav, or Sefer Torah into Reshus ha’Rabim on Yom Tov because of the principle of “Mitoch.” 2- The Gemara states that shechting a korban Olah on Yom Tov (even a korban that is a chiyuv such as ‘olas re’iya’) one is chayev malkus.

We diverted to discuss the Halacha that even a non-Kohen is permitted shecht in the Beis Hamikdosh. Mentioned the Tosfos (Zevochim 31b) that takes issue with this possibility since all non-Kohanim were limited on how deep they were allowed into the ‘azoro‘-  courtyard. So those animals that needed to be shechted close to the Heichal would preclude a non-Kohen from its shechita!

Tosfos discusses the possibility of this ‘zor’ using a very long knife. We spoke about the availability of metal at that time that would not sag and the prohibition of the chalaf to go in a downward motion. Also wondered if any Rov would allow such a shechita today. 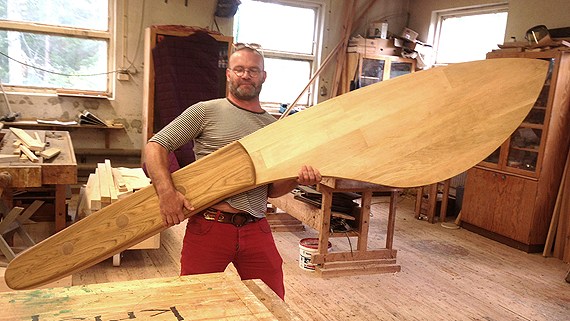 3- We spoke about the leniency of ‘mitoch‘ that allows a melacha on Yom Tov as long as there is some necessity or enjoyment that is universally accepted. That would exclude, as the Mishna states (22b), burning incense or spices on coal since it is something that is limited to the people that enjoy such scents. 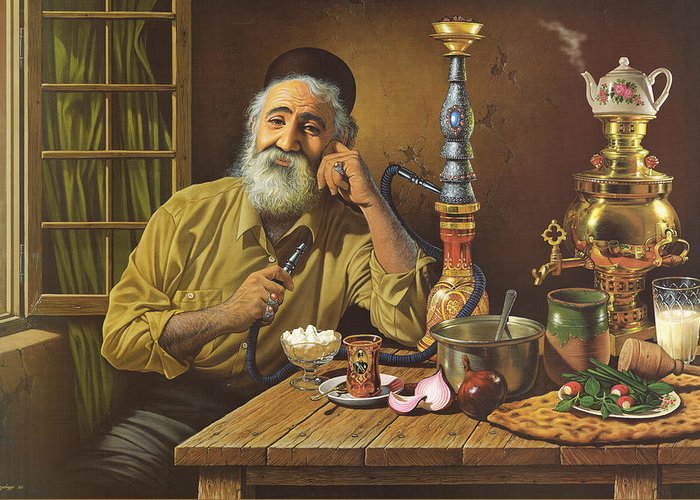 4- From there we went to the “drinking tobacco” which we know as a nargila. We mentioned the Kesav Sofer who permits it although it is only enjoyed by few people nevertheless since its ultimate benefit is for health purposes using the nargila is considered universal because everyone wants to be healthy!

5- We mentioned the connection or Reb Akiva Eiger, the Chasam Sofer and their descendants to Chabad. Reb Menachem Mendel, the son of the Rebbe Maharash married a daughter or niece of the Chasam Sofer.

6- We related the mysterious and tough life of Reb Menachem Mendel, son of the Rebba Maharash, and his passing away on the island of Corsica and the Rebbe’s efforts to secretly transfer his body to Tzefas.

5- We began to speak about smoking on Yom Tov originally permitted as the thinking was that it had health benefits. What about today?  Many great Rabbonim prohibit it.

6- We concluded with the fascinating explanation of the Rebbe as to why the Rambam neither lists the building of the ‘Aron‘ as a mitzvah nor does he explain how to build it.

The nekudah is that since the original

‘Aron‘ was hidden under the Beis Hamikdash we therefore have 2 ‘Kodesh haKodoshims’.  One above ground as the place for ‘Aron‘ during the time of peace and one underground for the ‘Aron‘ to be hidden during the period of strife. Thus, after the first ‘Aron‘ was constructed there would never be the possibility of the need to build a new ‘Aron‘ as the original one still exists!

1- We concluded the section concerning the 3 or 4 halachos where the ‘means justifies the end’.

The Gemara explains the two types of stall/box closures/doors.  One type is permitted to be removed and returned to cover the box. The other is prohibited.

Rashi  explains that the reason why one is prohibited to replace a door with two pegs at the sides is because it is “Domeh l’Binyan,” similar to an act of ‘building’. Even though the closet is not attached to the ground (and thus returning the door does not constitute a real act of building), it looks as though it is.

Tosfos says that it is prohibited because of a Gezeirah “Shema Yiska” — perhaps one will secure the door in its place by nailing it in, in which case one will have transgressed the Melachah of Binyan b’Kelim.

A door with two pegs is more prone for one to wedge the pegs permanently thus making this look like ‘construction’.

A door with two pegs is more prone for one to wedge the pegs permanently thus making this look like ‘construction’.

2- We began a new Mishna famous as the entry into the ‘sugya of Mitoch’.

In the Mishnah, Beis Hillel permits carrying a child, Lulav, or Sefer Torah into Reshus ha’Rabim on Yom Tov because of the principle of “Mitoch.”

3- We prefaced the subject by first defining the meaning of work in general.

On Shabbos it states: “Lo sa’se kol melocho”- so doing a melocha/work is prohibited. But we know that carrying a feather in a Reshus ha’Rabim is considered work but moving a heavy couch in a Reshus Hayochid is not.

So what defines prohibited work?

The simple answer is that  the parameters of ‘work’ that is prohibited on Shabbos is defined no less than by the Torah itself. And that is only the 39 melochos. Anything else, despite the toil and sweat it produces is not considered ‘work’.

4- What about Yom Tov? What is considered ‘prohibited work’? The prohibition to work on Yom Tov is expressed in the same language as on Shabbos. “Lo sa’se kol melocho”.

But the flip side is that the Torah explicitly permits to perform (some of) the 39 melochos  ‘for the sake of food preparation’.

So here is the question:

Does that mean that when performing a melacha for food on Yom Tov one is indeed doing a melacha but one that that is permitted?

Or any melacha  associated with the preparation of food it is not considered work to begin with?

In other words – is work associated with food a reason for the permissibility or is it a sign that such actions, in regards to Yom Tov at least, not considered a melacha to begin with?

If someone is fasting on Yom Tov: If the performing of a melacha for food on Yom Tov is considered work but one has a ‘pass’ because the purpose of performing this work with the food is in order to eat it, then one who is fasting would not be permitted to do this work or melacha.

On the other hand if such a melacha is not considered a melacha to begin with, then this non-eater would still be allowed to do this work since he is not performing any malacha or ‘work’.

5- We mentioned that this query was first brought up by Reb Meir Orbach (and here) to explain the argument of Beis Shamai and Beis Hillel of our Mishnah if, for example, one can carry a child on Yom Tov. Beis Hillel permits it because since carrying can be used to move food in and out of a house this is a sign that carrying is not defined as work to begin with. 6- We mentioned the Sicha of the Rebbe where he discusses this idea and the Alter Rebbe’s opinion about this.