1- Our Mishna discusses details regarding trapping on Yom Tov.

A contradiction is noted: Our Mishnah permits trapping wild animals and birds on Yom Tov and a Baraisa prohibits it.

The contradiction concerning wild animals is resolved by distinguishing between R’ Yehudah and the Rabanan’s position. Rabbah bar R’ Huna resolves the contradiction regarding birds by distinguishing between a large enclosure and a small enclosure. 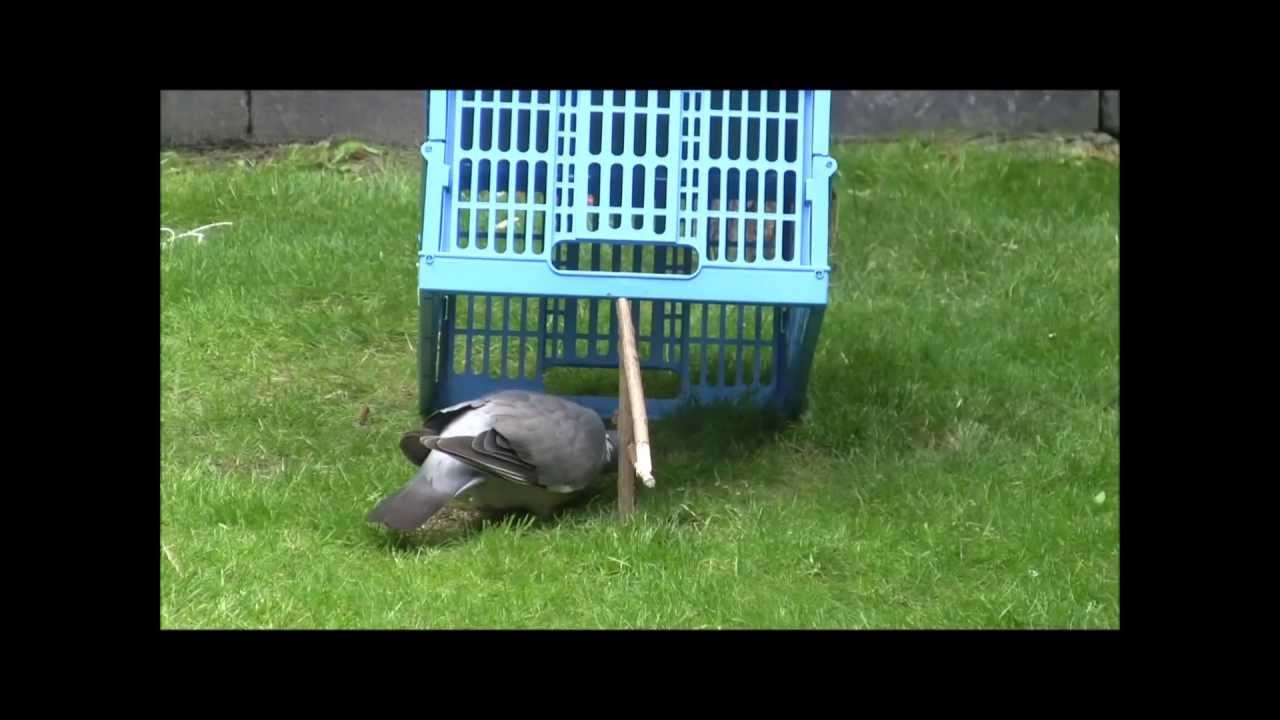 2- Why is trapping on Yom Tov prohibited? If igniting a fire and cooking for the purpose of eating is permitted then trapping should be allowed as well!

We discussed the opinions of Rashi and Tosfos in regard to the general concept of what ‘melachos’ are permitted to be performed on Yom Tov. We discussed this at an earlier Shiur.

3- Our Gemara mentions a bird called Dror describing it “a bird that does not accept discipline”.  Meaning that it is hard to catch even if it is in a closed room.

4- We discussed the rather testy machlokes between the Shach and the Tag regarding the Kashrus of this mysterious bird.

Whereas the Taz emphatically states that it is Kosher since that is the fowl used by a Metzora of which the Posuk describes as ‘צפרים טהורות’, the Shach argues that the Dror Bird is a generic name for free-flying birds and that some are Kosher while others are not.

The Shach, based of the Radak identifies the Dror as a אירונדלא bird.

(The views shared by some of the cited sources does not necessarily reflect the views or opinions of Shiur Points and shall not be misconstrued as an endorsement of views, opinions, or any other content from cited sources. Ed.)

1- Our  Mishnah records three lenient rulings of R’ Elazar ben Azaryah and the disagreement of others concerning these rulings.

The third item concerns the combing the hair of an animal with two types of combs. קדור  and קרצוף. 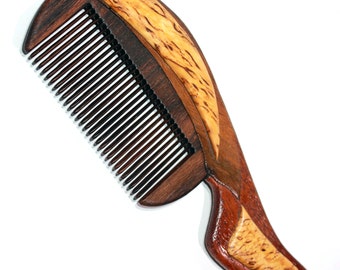 The issue is the wound that a comb may cause to the animal when the pulling out of hairs occurs while combing. Wounding an animal or a human  is an Av Melocho.

R’ Shimon rules that all combs are permitted for even if a wound is caused it would be permitted since all an unintended transgressions are  permitted.  דבר שאינו  מתכוין

2- The Mishnah discusses the tumah status of a child’s wagon as well as the dispute regarding the use of the wagon on Shabbos on an unpaved floor. 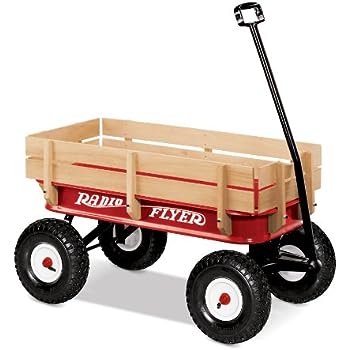 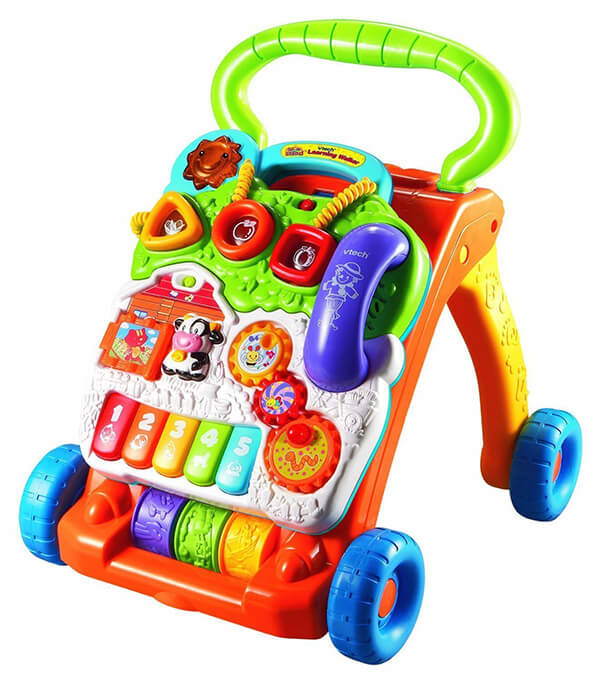 3- When a stroller is pushed over sand or soft earth a groove might be left in the path of the wheels. Another example: dragging a bench or couch on the dir. Is such a practice is permitted on Shabbos? It is similar to plowing, one of the thirty-nine prohibited melachos. Our Gemara frames the issue as a dispute between R’ Yehudah and R’ Shimon.

R’ Yehudah maintains that an unintended outcome דבר שאינו  מתכוין is prohibited whereas R’ Shimon holds that it is permitted.

4- What about if the pushing the stroller and dragging the bench will positively cause the dirt to be dug up. 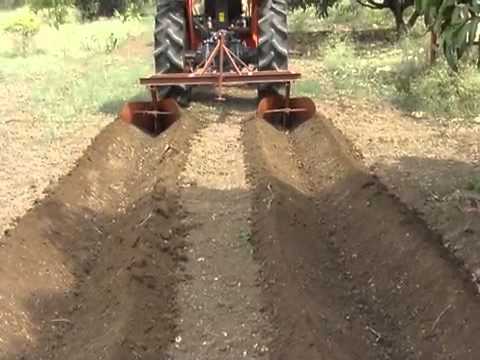 Even R’ Shimon would agree that it is prohibited. This concept of an inevitable consequence is called פסיק רישיה.

We discussed the rationale of this idea. After all, although it is inevitable to occur, the person does not intend it to happen.

Some suggested that if something must happen then it means that the person must mean it.

We mentioned the opinion of the Aruch , written by Reb Noson of Rome, Italy, , who holds that a פסיק רישיה  is permitted if one has no benefit from performing the action.

What is his rationale?

Some explain that his opinion is based on the understanding that (as above) a pesik reisha is forbidden because it is as though one actually intended for the forbidden result to occur, since it was inevitable.

1- We continued to learn about using incense (and perfumes) on Shabbos and Yom Tov. 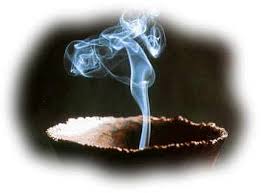 Rabbah and R’ Yosef jointly rule that it is prohibited on Yom Tov to put a cup onto a garment to impart the smell of the cup into the garment.

2- Lehalacha – There is an argument if Kohanim are permitted to insert their hand into a bowl of water which has been perfumed. Even if the perfume was placed into the water before Shabbos and Yom Tov. The Chacham Tzvi and Mishna Brura permit it.

We discussed if there is any difference between the above and applying or spraying perfume on Shabbos and Yom Tov.

It seems that according to the Alter Rebbe, the only way to permit it is if the perfume was already on before Shabbos and yom Tov then one would be allowed to add some more. See Alter Rebbe above (top of the page).

3- We moved on to the Baraisa that records the Rabbis opposition to Todos of Rome’s Minhag  to eat roasted goat with its intestines on the first night of Pesach. The Chachamim disagreed with this custom least someone actually sanctify a lamb and run into problems of Kodshim. [in passing we spoke about this “Rome”. Is that in Italy or a city in Israel called Rome?]

4- We discussed the Gemara in Pesachim 53b.:

Todos of Rome instituted a custom among the Jews of Rome to eat roasted goats on the night of Pesach.

They sent to him: Were you not Todos, we would decree ostracism upon you, as you are feeding Israel sacred meat – קדשים- outside the Temple.

Todos of Rome – why did they not place him in Cherem? Was is because he was a great scholar, or was he a powerful man  – גברא רבא?

The following text is evidence that he was a respected scholar:

And this was expounded by Todos of Rome:

What did Chananiah Misha’el and Azaryah see, that they jumped into the fiery furnace Al kidush Hashem?

If frogs, who are not commanded regarding sanctification of the Name,

We, who are commanded regarding sanctification of the Name, how much more so!

This kal vo’chomer persuaded Chananiah Misha’el and Azaryah to jump into the fire.

(As to why it was not a standard Mitzva of Kiddush Hashem? see Tosfos there).

We mentioned the oft-quoted vort – What is the meaning that the frogs were not commanded to die Al Kiddush Hashem?  They were indeed! As it says –

‘they will enter your home, bedrooms, beds, …..and ovens.’ 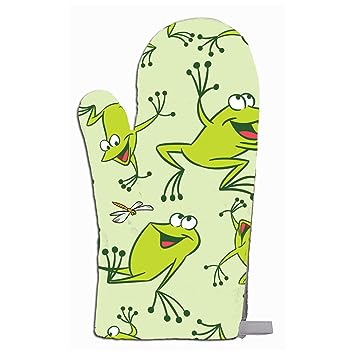 The answer is that the frogs as a whole were commanded to invade Egypt and even to enter the fire burning ovens and die. But now, every individual frog had a way out of perishing by saying that ‘let another frog go into the oven’. I will just roam around Egypt…….

And that is what Chananiah Misha’el and Azaryah learned from the frogs!

5- Next Mishna and Gemara: when in fact he owned many.

We leaned the Tosfos that question the timing of this  ‘Ma’ser Be’haima’ by  R’ Elazar ben Azariah since he lived (as an adult) after the destruction of the Beis Hamikdosh.

6- A Baraisa teaches that the Mishnah [where Reb Eliezer did not protest his neighbors animal going out to the street while carrying] refers to his neighbor’s cow, but since he did not protest, her practice it is attributed to him.

We spoke about if the prohibition of one’s animals to perform work on Shabbos applies to Tom Tov as well. 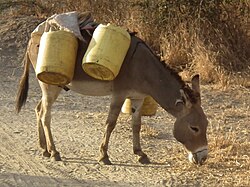 See here from the Alter Rebbe.  And here.

We discussed the Reb Akiva Eiger’s query if women are obligated to keep their animals from doing a melacha  on Shabbos and Yom Tov.

It would seem from our Gemara that they are indeed prohibited from the fact the Reb Elazar regretted not rebuking his neighbor’s wife!

1- We learned the  Mishnah that cites three lenient ruling of R’ Gamliel.

The Gemara begins with the second one concerning the permissibility, according to R’ Gamliel, of burning incense on Yom Tov.

2- Generally, there are three purposes when one burns incense:

3- Our Gemara clarifies the leniency of R’ Gamliel stating that it pertains to creating a pleasant aroma only. (A above).

The Rabbanan argue and prohibit it since burning incense is not something universally enjoyed.

The permissibility to do a Melacha of  אוכל נפש is only when a majority of people actually enjoy it. The burning of incense is limited to ‘fein-shmekers’. Quite literally.

Perfuming a garment (B above) is prohibited by all.

4- The Gemara now discusses the smoking of fruits. (C above): Rav prohibits it because not everybody likes incense-infused fruits. Shmuel permits it since the reason people don’t smoke fruits is because it is rather expensive. If they would have the means, they would surely do it. (Just like shechting deer is permitted on Yom Tov although it is very uncommon).

5- In general, there are 3 issues with the placing the incense upon coal or fire.

BL”N, we will continue next week trying to understand the Alter Rebbe here.

6 We diverged to the issue of smoking cigarettes on Yom Tov. The Magen Avraham (514.4) prohibits it. Either because of  מכבה  or because not everyone enjoys smoking.

The PRI MEGADIM (OC 511) points out that an additional problem is involved when there is printing or letters on the outside of the cigarette wrapper, and by smoking one destroys those letters and transgresses the Melochah of מוחק (erasing). Because of this concern, some people who smoke on Yom Tov do not finish the cigarette when it burns down to the letters, but they let it burn by itself so that they should not transgress the Melachah of מוחק.

We discussed an interesting questions: Someone that throws a book into a fire on Shabbos, is he performing (in addition to  מבעיר ,  also)  מוחק? 7- We continued to discuss the  פרק שירה.

Mentioned the ‘Rebbe of Shatz’ that lived in London. His grave in Enfield UK is frequented by many on Fridays. See   here.  And here.

Discussing the spider he brings the ‘tale of old Jewish women’ that the spider contributed to the destruction of the Beis Hamikdosh!

He proposes a Midrash that uses the spider as a symbol of  מלכות אדום  – the Romans.

He also write that ‘I heard that spiders have a cross on their back’! 8- Speaking of crosses……We mentioned a letter from the Rebbe to a scion of the Sassoon family. See here. We discussed their famed library in Bombay etc.

Salamon David Sassoon, an author, [See here]  sent  the Rebbe a pamphlet concerning Shechita. The Rebbe thanked him for the gift.

At the end of the letter the Rebbe writes “please note that one of the symbols you used in the pamphlet are avoided by others”!

The Rebbe was referring to an  Obelisk/Dagger that looks like a cross. See here.

The copy sent by the author is currently in the Agudas Chasidei Chabad Library. Here is a reference to the book.