1- We reviewed the Gemara of last shiur concerning the extraordinary measures enacted in the preparation of the ashes of the פרה אדומה. 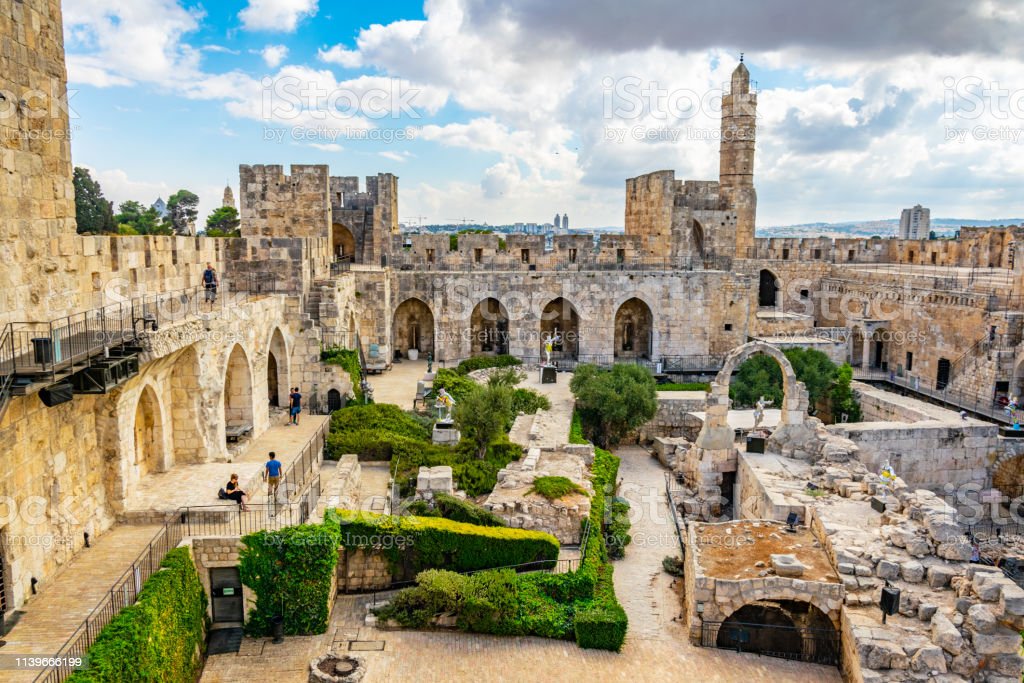 Courtyards were built in Jerusalem over rock, and beneath them there was a hollow which served as a protection against a grave in the depths. And they used to bring there pregnant women, and there they gave birth to their children and there they raised them. And they brought oxen, upon whose backs were placed doors, and the children sat upon them with stone cups in their hands. When they reached the Shiloah spring they got down and filled the cups with water and then they ascended and sat again on the doors. Rabbi Yose said: each child used to let down his cup and fill it from his place 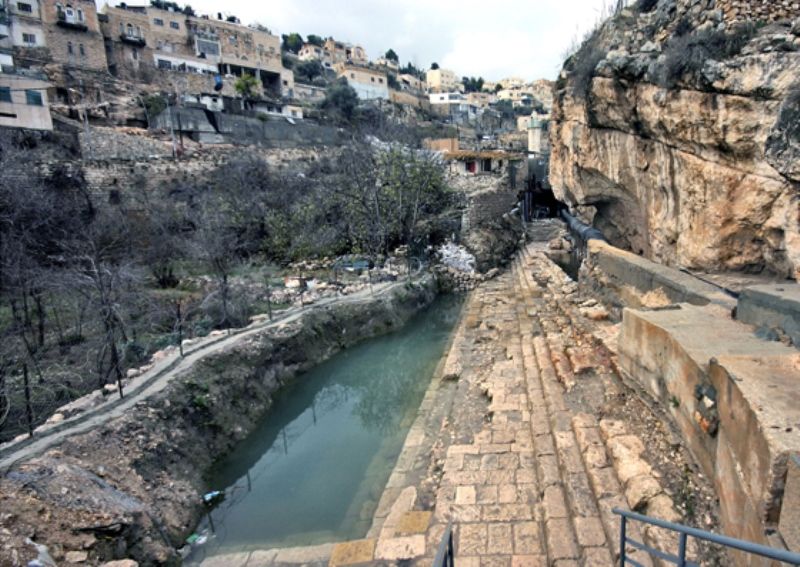 As a result of the fierce argument with the צדוקים, the Kohen who prepared the ashes was intentionally made טמא! This was to show that the מסורה  of the חכמים was the true one, contrary to the opinion of the צדוקים.

To counter this leniency, many practices were enacted to publicize that the process is very serious and needs to be made in a way that will preclude any chance that any טומאה was encountered.

One of them was the camping out of the children in a secluded area until the next פרה אדומה  was processed. 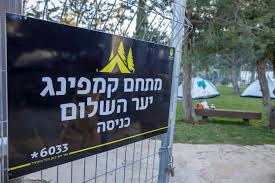 2- We discussed that these extreme measures (above and also the building of a suspended ramp from the  הר הבית to the הר המשחה see פרה  3, 6 ) caused others to go even more extreme to the point of Reb Akiva and Reb Yosi said  “enough – you are causing the צדוקים to mock you!” 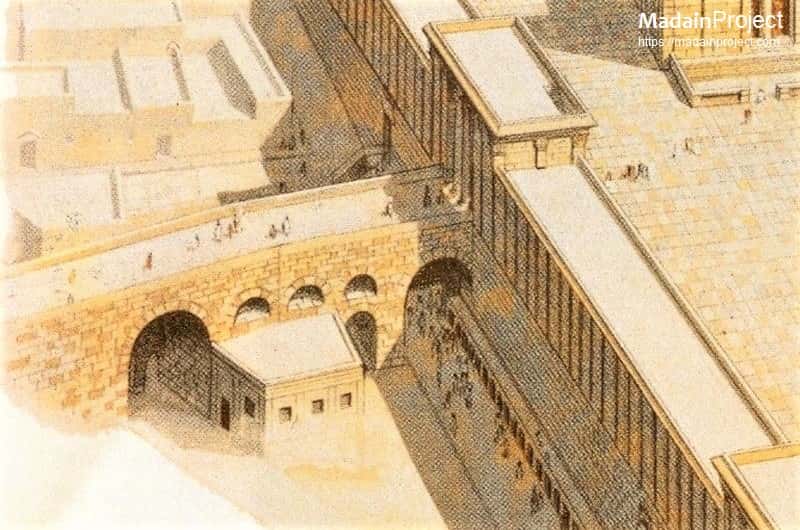 3- Further along the Gemara brings a ברייתא concerning what the above Mishna says:

And they brought oxen, upon whose backs were placed doors, and the children sat upon them with stone cups in their hands.

Reb Yehuda says that the children sat right on the oxen- not on top of the doors placed on the oxen. The reason being that a child on a ox will be afraid and not lean over the ox or stick his foot or hand over the side.

If, however, he is sitting on a wide door, then “a child is restless” and (not being afraid of falling off) will play around and stick his hand out.

4- We mentioned the story related by Reb Yoel Kahn of the young Lubavitcher  בחורים  in Tel Aviv, in the early 40s, who talked a newcomer בחור into performing תיקון חצות  by conning him that it was מנהג חב”ד and the resulting rebuke they received from their מנהל Reb  חיים שאול ברוק.

In passing we spoke about Reb Chaim Shaul’s Brook quip about the nature of בחורים. There is a old Yiddish saying אִם לֹא יוֹעִיל, לֹא יַזִּיק . Meaning there’s nothing to lose; even if doesn’t help, it can’t do any harm.

Reb Chaim Shaul would reverse the saying and say:  אם לא יזיק, לא יועיל. If a בחור does not have at least a mild wild side to him,   ( שטיפען )   he’s not a מזיק, then לא יועיל, when he grows up he will not amount to much……

5- Our Gemara says concerning a bed that since its primary purpose is for sleeping on the top, the underside of the bed cannot be considered an אהל.

The Gemara continues to ask that it is quite normal for people to place their shoes or sandals under the bed. 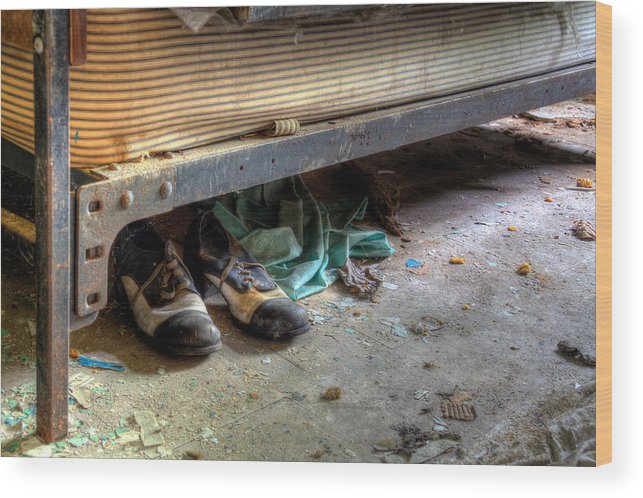 We discussed the prohibition of placing food or drinks under a bed. 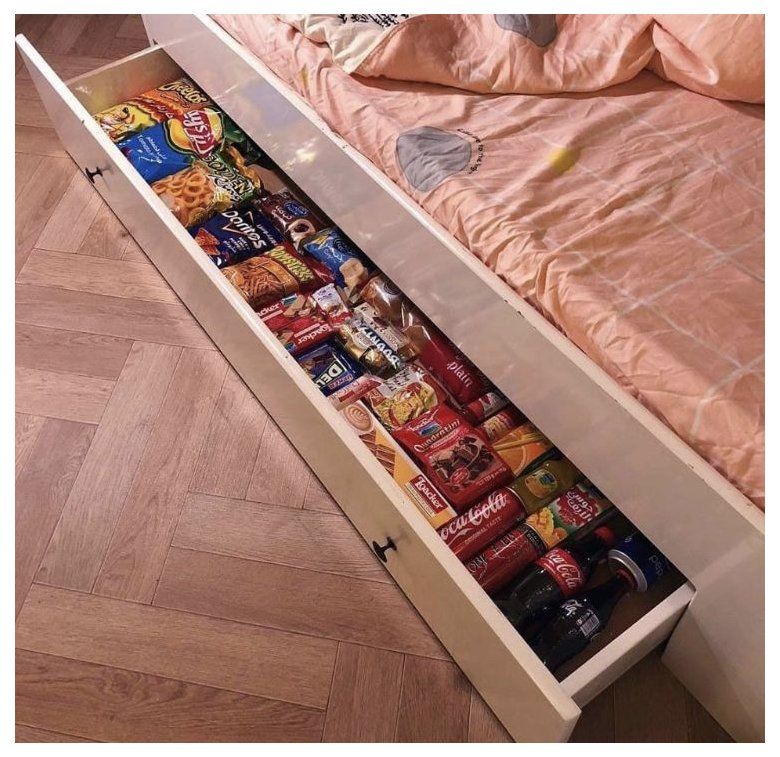 See here from the Alter Rebbe in his שלחן ערוך

6- We corrected something mentioned in the last shiur concerning the  ספר רוקח   written by Reb Elozor of גרמיזא.

The taking 3 steps when finishing שמונה עשרה is mentioned in the Gemara.

However the taking 3 steps before שמונה עשרה is from the תקנות of the רוקח. The reason as the Alter Rebbe writes is to ‘make an approach’ prior to davning. 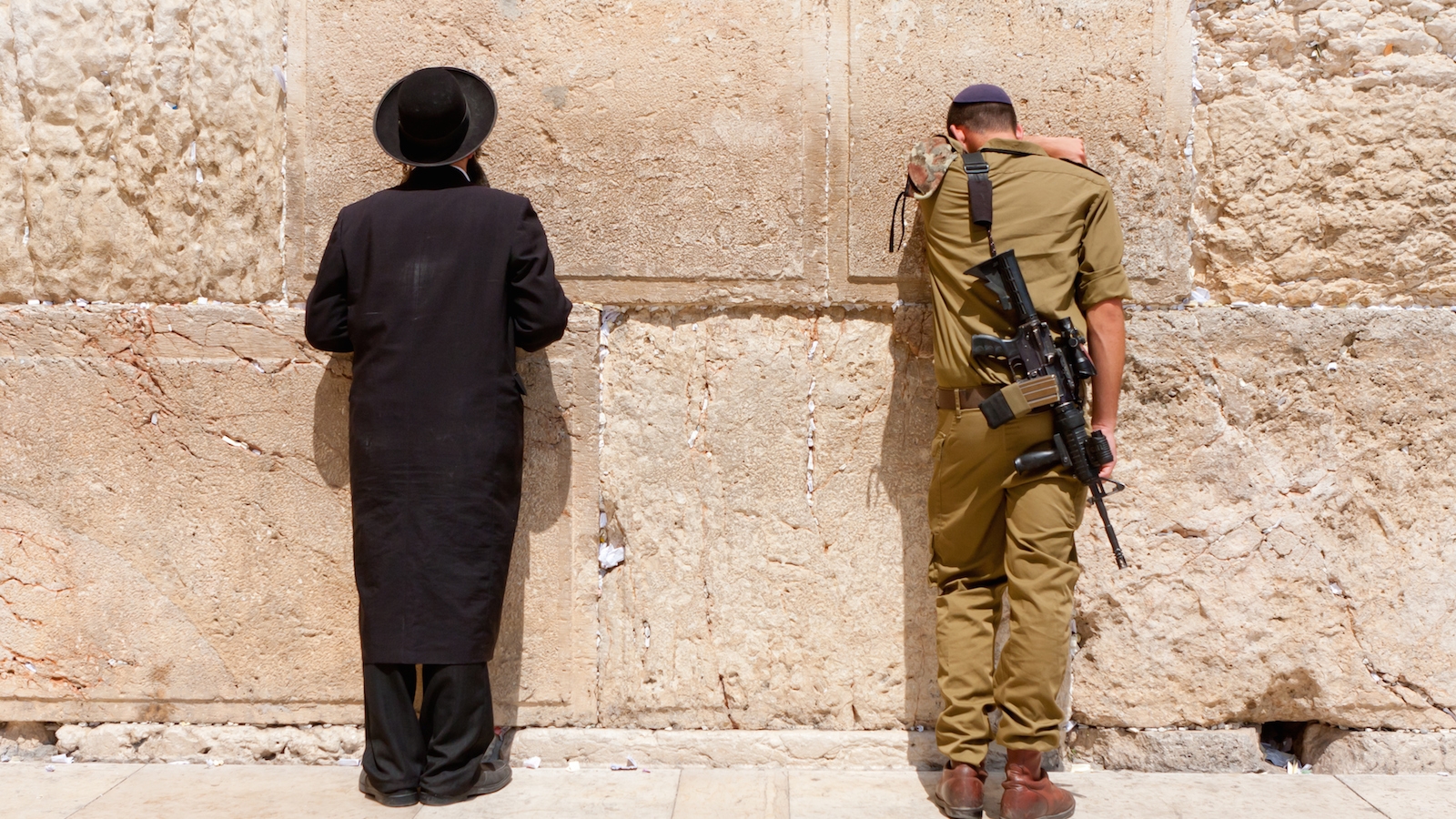 If one is standing in from of a wall or a table it makes sense. But if one standing in middle of the shul….why not just take three step forward?

When completing שמונה עשרה, we take three steps back, as above Gemara, as a sign of respect when departing from the presence of a King.

One needs to stay there a bit to complete this show of respect and then go back to his  original position.

Why? To be continued.

1- We continued with the topic of sleeping under a bed in a Sukkah.

2- The Halachos of אהל  in regards to טומאה. What is considered an אהל?

The opinion of Reb Yehuda that only an אהל that was constructed by a human for the purpose of covering or sheltering is considered an אהל. Caves, crevices and other overhangs that were created by nature are not considered an אהל in regards to טומאה. 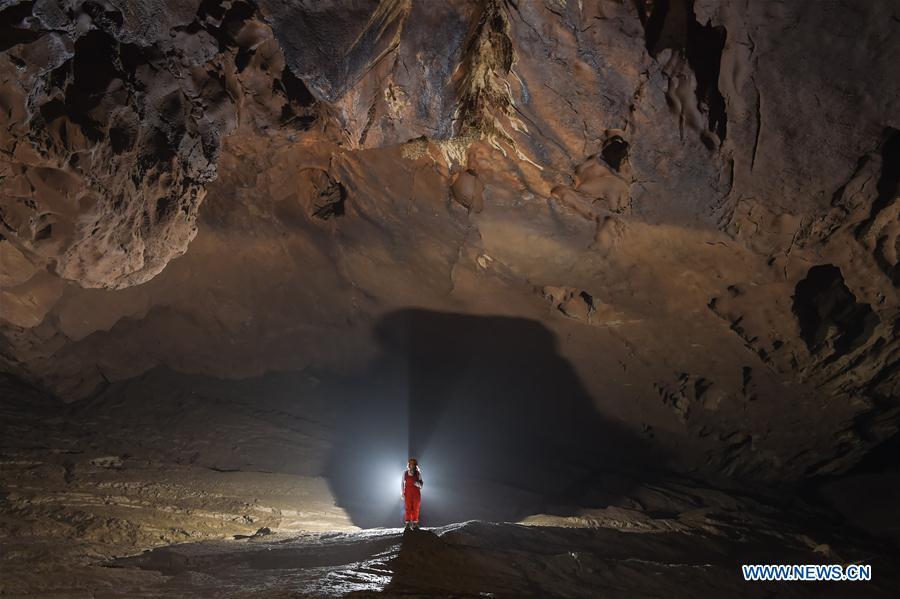 3- Our Gemore introduces a fascinating occurrence that was practiced when preparing the פרה אדומה to create the ashes used for the purification of a טמא מת. 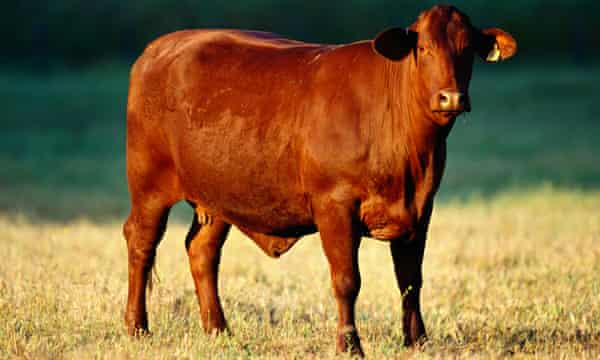 Being that the ashes/water mixture needed to be 100% טהור many precautions were taken to ensure this טהור state.

One, (the ultimate quarantine), was the following, as the Mishna (3, 2) in פרה describes:

Courtyards were built in Jerusalem over rock, and beneath them there was a hollow which served as a protection against a grave in the depths. And they used to bring there pregnant women, and there they gave birth to their children and there they raised them. And they brought oxen, upon whose backs were placed doors, and the children sat upon them with stone cups in their hands. When they reached the Shiloah spring they got down and filled the cups with water and then they ascended and sat again on the doors. Rabbi Yose said: each child used to let down his cup and fill it from his place.

4- We discussed at length this procedure and its purpose.

The ערוך לנר writes that this quarantine was a constant occurrence since they never knew when the next rare פרה אדומה would be found.

More on this in the next shiur BL”N

5- We touched upon the wording “And they used to bring there pregnant women, and there they gave birth to their children and there they raised them .

What about if this pregnant woman prior to being secluded in this ‘sterile’ area entered a house that had a מת there? Would not the fetus become טמא? 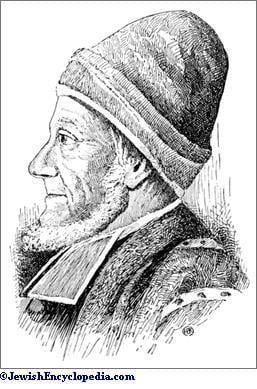 We discussed the famous ruling of the ספר רוקח   written by Reb Elazar of גרמיזא, or (as it is called today)  Worms in Germany. 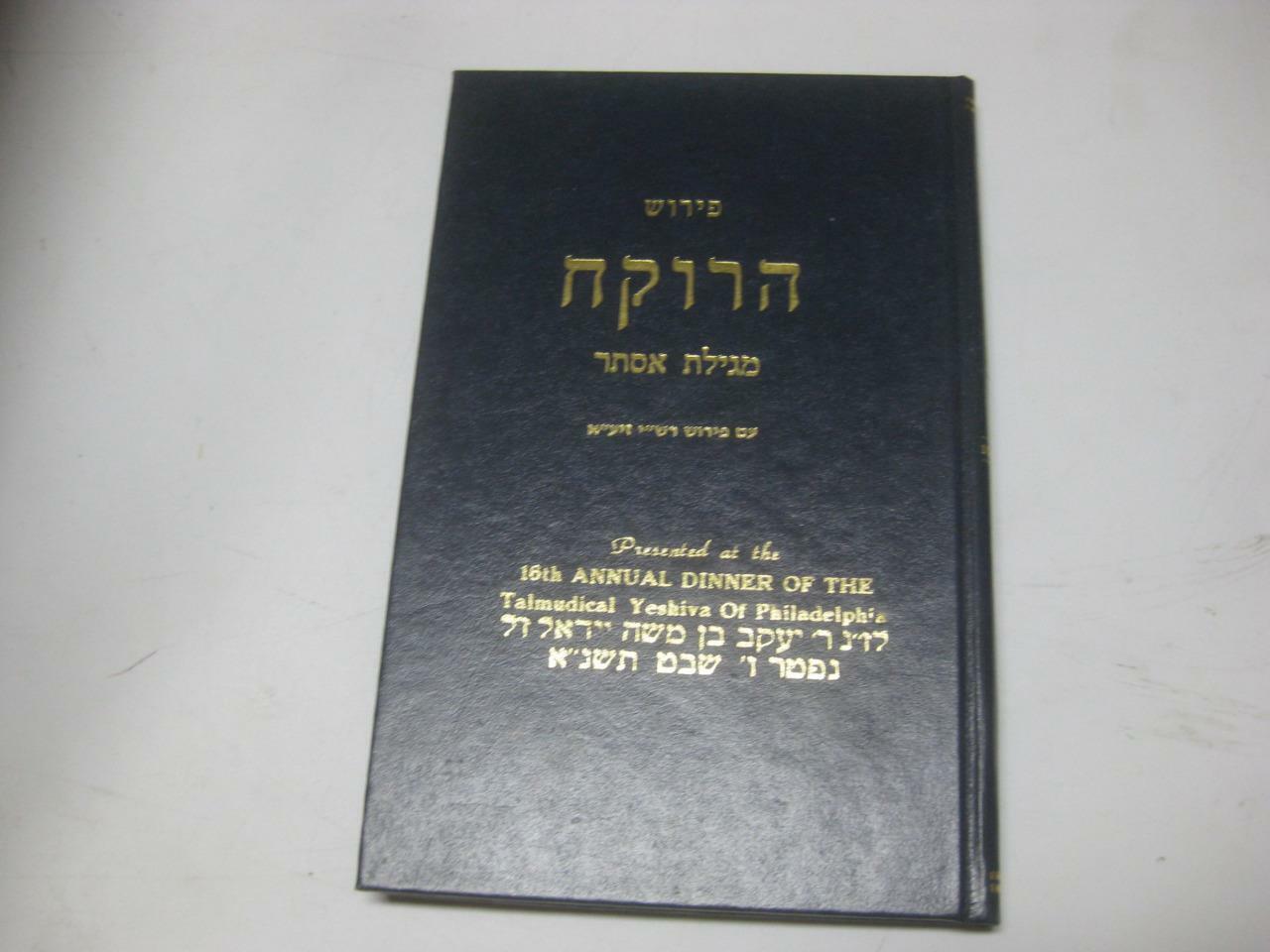 He writes that a wife of a Kohen need not be careful to enter a house that has a non living body or attend a funeral.

We are not concerned that the fetus will become טמא because of a ספק ספיקא. The odds are against it being born a  living male Kohen. Either because it may be a girl or a still born. The ש”ך  brings this הלכה in Yore Deah. 381, 1.

It would seem from the above, that today, if a wife of a Kohen, via an ultrasound procedure, has ascertained that she will be giving birth to a healthy boy, it would be indeed problematic for her to enter a funeral home. 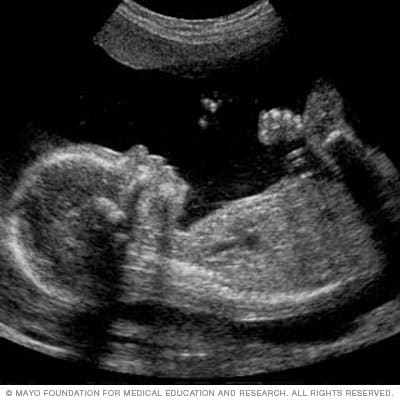 We mentioned the מגן אברהם in 343 that takes issue with this entire train of thought. He says that even if we are sure that she will give birth to boy there is no טואה passed on to him since it is טומאה בלועה.

More on this in the future.

6- Speaking of Reb Elazar of גרמיזא, we discussed his tragic life, some of his ספרים and the hundreds of מנהגים for which he is the source.

One of his famous works is on the topic of תשובה. The Alter Rebbe mentioned this in אגרת התשובה פרק א’.

Here he is mentioned in the Chabad Machzor

7- We also spoke about the illustrious and tragic history of Jews in Worms.

8- The history of the handwritten illustrated Worms Machzor and how it survived WWII.

See here for some pages of this famous מחזור. 9- We ran out of time and IY”h will discuss this book after Yom Tov.

1- We left off with the הריני כפרת משכבו which Reish Lakish said about Reb Chiya.

2- Reb Yaakov Emdin (printed at the end of the Gemara) makes note that this expression is generally only used for the first 12 months of the passing of a parent or teacher.

Nevertheless, Reish Lakish, out of respect, said this about Reb Chiya despite the many generation that passed since the פטירה of Reb Chiya.

As Berel M, (of the famous M Family) phrased it  as “a term of endearment”.

3 –  We mentioned the Maharsham (1, 215) and his question about a Kohen entering a museum that displays mummies. The question is in regards to טומאת אהל.  See below. 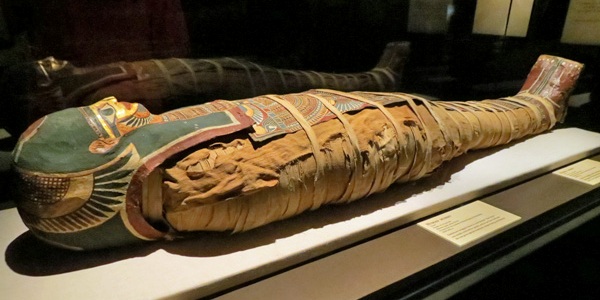 Perhaps the glass box that sits on top on the mummy is an object that will not allow the טומאה to escape into the museum. Our Gemore’s discussion if a מחצלת  that only serves as a cover over a vat of beer is considered a כלי come into play. 4- We moved onto the next Mishna. Sleeping under a bed in a Suka.

One who sleeps beneath the bed in the sukkah did not fulfill his obligation, because the bed constitutes a tent that serves as a barrier between him and the roofing of the sukkah. Rabbi Yehuda said: It was our custom that we would sleep beneath the bed before the Elders and they did not say anything to us to the effect that we are not fulfilling our obligation. Apparently, the halakhic status of the bed is not like that of a tent and it does not prevent fulfillment of the mitzvah.  Rabbi Shimon said, contrary to the opinion of Rabbi Yehuda: There was an incident involving Tavi, the Canaanite slave of Rabban Gamliel, who was sleeping beneath the bed, and Rabban Gamliel lightheartedly said to the Elders: Did you see my slave Tavi, who is a Torah scholar and knows that slaves are exempt from the mitzvah of sukkah? Since it is a positive, time-bound mitzvot, Canaanite slaves, whose status with regard to this halakhic category is like that of women, are exempt from the obligation to fulfill the mitzvah of sukka. Therefore, he sleeps under the bed. Rabbi Shimon continued: And by the way, as Rabban Gamliel was not issuing a halakhic ruling, we learned that one who sleeps beneath the bed did not fulfill his obligation.

A – What’s the issue of sleeping under a bed? Is one not in the Sukka? Rashi and Rif.

B – Tevi the slave who slept under the bed. His status in Halacha. Obligations of Mitzvos as a woman.

C- Tosfos – from Yerushalmi. He slipped under the bed to allow for more space to the scholars, but remained in the Sukkah because he wanted to hear their conversation.

D – So he was trying to learn Torah? But a  master is prohibited to teach a slave Torah. See here.

Perhaps the Mitzvos that he is obligated to perform he is allowed (or obligated) to study.

E- When using the Sukkah did he make a ברכה.

F – The term used in the Mishna is One who sleeps beneath the bed in the sukkah. Why not eats or drinks? A person can survive by not eating in the Sukkah. (he can eat fruit for 7 days). So in theory, besides for the first night, one can be outside of the Sukkah for the full seven days. But a human will fall asleep within 3 days. So he must be in the Sukkah to sleep.