A few short notes on the past 2 Shiurim. 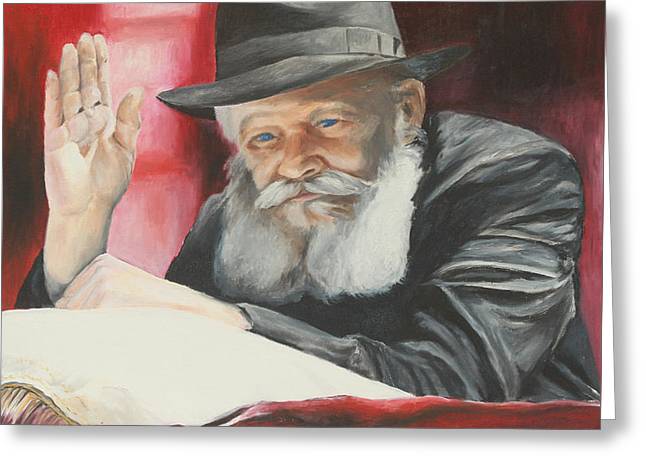 1-. In continuation of the last shiur concerning the ‘greeting ones Rebbe on Yom Tov’, חייב אדם לקבל פני רבו ברגל, and therefore the two Chachamim were עוסק במצווה פטור מן המצווה we mentioned the Noda Biyehuda (OC1, 94). His question is as to why the Rambam does state that it is a Mitzvah but the Shulchan Aruch omits it.

Briefly, this Mitzvah flows from the the Mitzvah of עליה לרגל. One need to perform this pilgrimage since there is an added קדושה at that time in the בית המקדש. It also has an effect on one’s Rebbe. Thus the obligation to greet him.

Sadly, when there is no בית המקדש and one cannot go to Yerusholayim, it would be improper to accord more respect to his Rebbe than he accords to Hashem. So this Mitzvah does not apply today. (in its fullest form at least).

The Rambam lists all mitzvos, including ones not applicable today.

On the other the Shulchan Aruch only wrote Mitzvos and Minhagim relevant to our time in גלות.

2- We mentioned the well known Reb Chaim concerning the Mitzvah of Tefilla. The Rambam seems to contradict himself in regard to the minimum כוונה  one needs to have during davening. 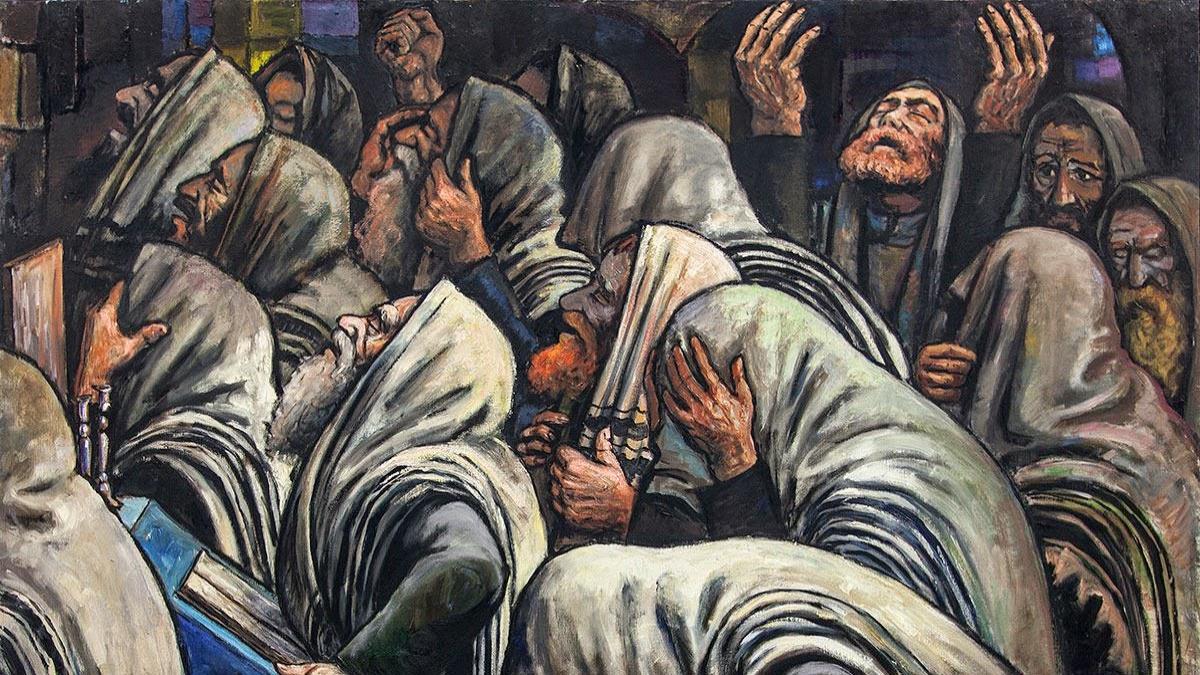 In one place he writes that the entire שמונה עשרה needs to be said with כוונה, and one needs to repeat it if said while not concentrating. In another Halacha the Rambam writes that if one had כוונה  just in the first three ברכות , there is no need to repeat it.

[Parenthetically we mentioned the interesting דין, as per the רמ”א (OC 101, 1) that if someone does not have כוונה in the first three ברכות he is not יוצא, and in reality would need to say the entire שמונה עשרה again.

The reason he should not repeat it ‘since he will (probably) not have כוונה  when repeating it again and it will be ברכות לבטלה!!!

The Rambam presents his view in a more perplexing way. Initially, he identifies that one must have Kavana throughout his Tefilla while later on, he returns to the understanding that one can merely have Kavana in the first Beracha of Shmoneh Esrai and still fulfill his prayer obligations. How can the Rambam take two diametrically opposed positions within his understanding of the laws of Kavana?

Rav Chaim Soloveitchik (Grach al HaRambam Hil. Tefillah 4:1) notes that the Rambam identifies two forms of Kavana. In the first, one must understand all the words that he recites during the Tefilla. The second type of kavana is an awareness that one is in the presence of Hashem. The former can be cumbersome and difficult and therefore, if one merely understands the meaning of the words in Avos, s/he has fulfilled the obligation of Shmoneh Esrai’s Kavana. However, one who lacks the awareness that s/he is standing in front of Hashem, has ruined the concept of tefillah and as such, at any point,, must return and re-recite the Tefilla

3- We mentioned the Halachah of a ‘gartel’, and why today it is only a Minhag. 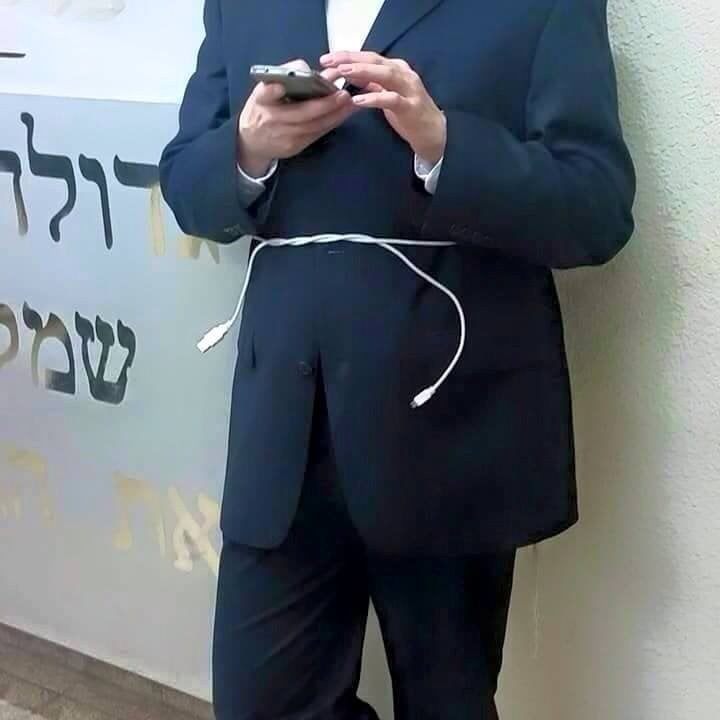 Quoted the Tzemach Tzedek that explains the concept of a Gartel in a unique perspective.

The cloak or overcoat represents the wishes a person has of things that he wants to accomplish. These goals are ideas floating around him much as a robe flows around a person’s body. Occasionally these goals and wishes never materialize. They remain in a ‘floating’ stage. Not grounded.

The Gartel, which gathers the flowing robe and adheres it tight to the body, symbolizes the realization of these floating ideas. It ‘ties’ these lofty goals to the real world. Causes them to ‘land’ and actually happen. 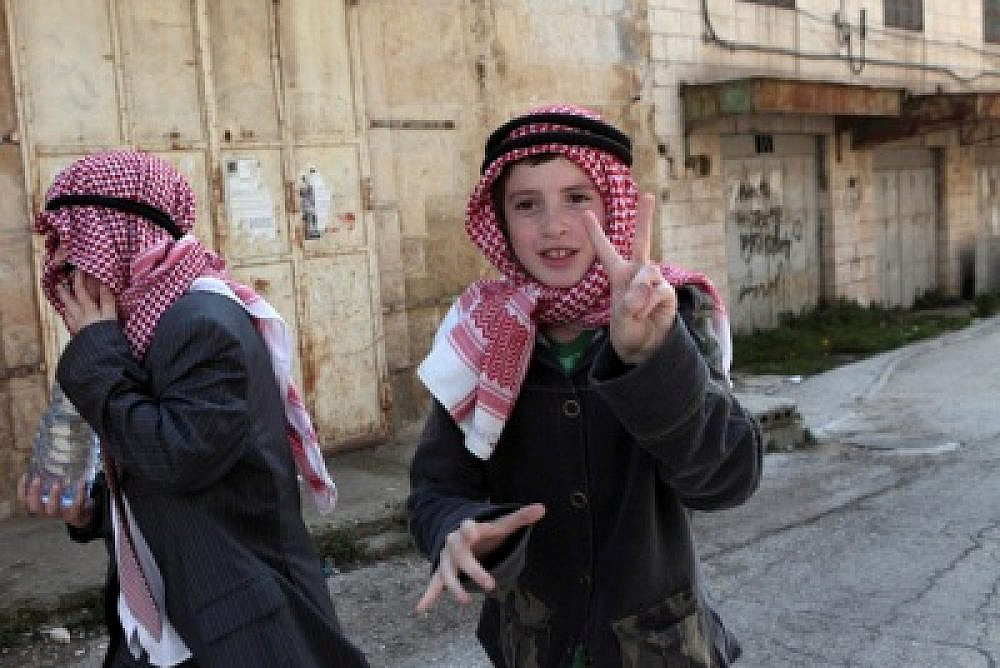 Purim – Gartel on the head in Yerushalayim

4- We began the Sugya of Schach. TO be continued.

A G’Mar Chasima Tova to all.

1- The Mishnah discusses a proper Sukkah that has two types of issues:

a) A protective cover the סכך to block the sun. 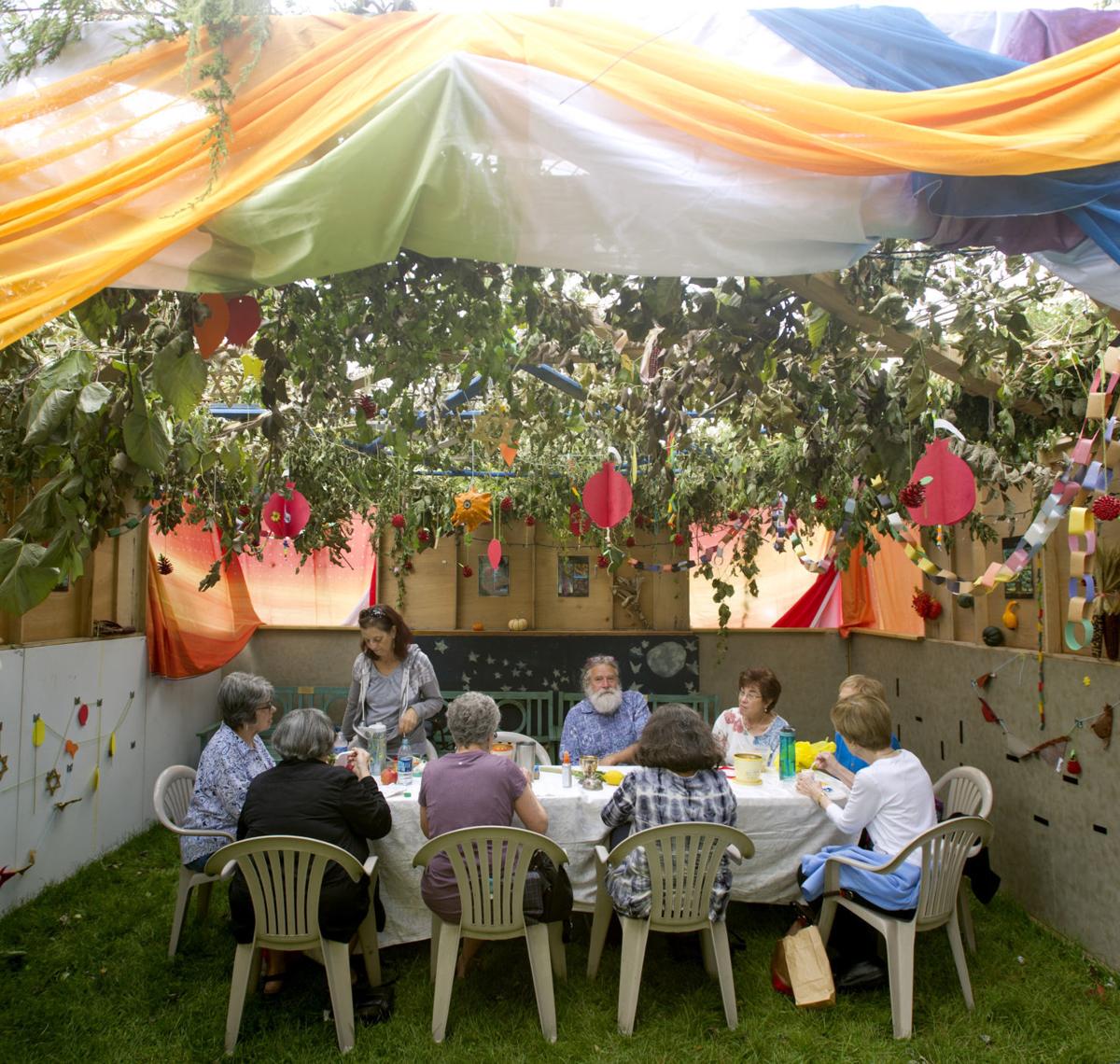 b)  A sheet that is under the סכך to protect the people sitting in the Suka from the leaves flowing down from the סכך. 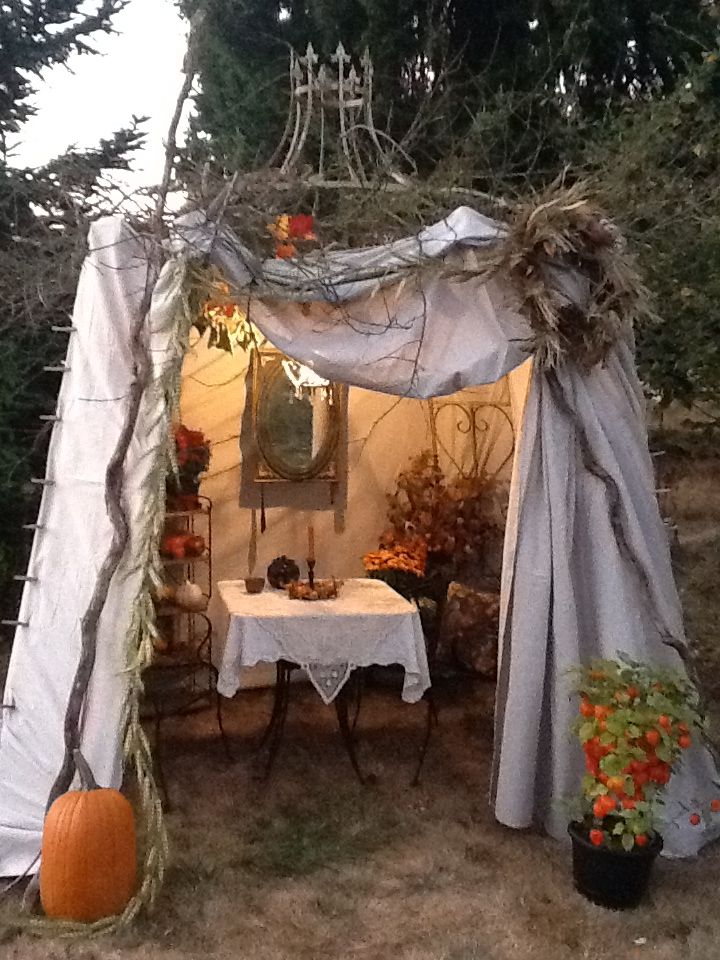 We discussed the difference between סכך – protection from sun etc. and אהל – cover.

סכך needs to be something grown from the ground and be in its simplest/original form, meaning not a כלי. So wood is fine for סכך, but not if the wood was made into a כלי- pot. It must not be מקבל טומאה. 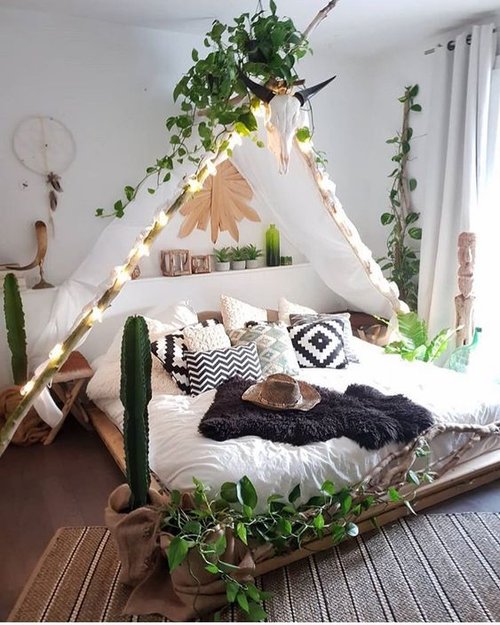 If one covered the sukka in accordance with its halakhic requirements, and then decorated it with colorful curtains and sheets, and hung in it ornamental nuts, peaches, almonds, and pomegranates, grape branches [parkilei], and wreaths of stalks of grain, wines, oils, and vessels full of flour, it is prohibited to derive benefit and use them until the conclusion of the last day of the Festival.

Boaz pointed out that שומרונים  actually adorn their Sukka with these items! Here is one with bottles. 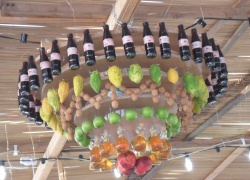 3- We discussed the story mentioned in the Gemore:

The Gemare relates that Rav Chisda and Rabba bar Rav Huna happened to come to the house of the ריש גלותא.

(One of the famous ones: Bustenai)

Rav Naḥman, who was the official in charge of the ריש גלותא’s household, lodged them in a sukkah whose decorations were removed from the roofing four טפחים. They were silent and did not say anything to him, even though in their opinion the sukka was unfit. 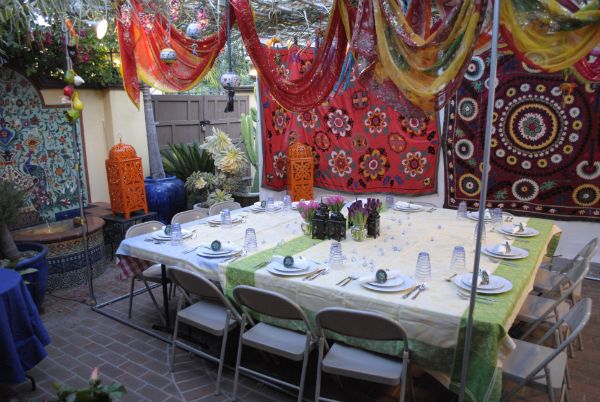 Rav Naḥman said to them: Did the Sages retract their halakhic ruling? Does your silence indicate that you concede to my ruling?

They said to him: No we did not change our minds. The reason we slept these is that we are on the path to perform a mitzva and, therefore, we are exempt from the mitzva of sukka.  העוסק במצווה פטור מן המצווה

Therefore, it is permitted for us to sleep in this sukka. In terms of the halakha, our ruling is unchanged.

A- How did Reb Nachman lead them into a Sukkah knowing that his guest considered such a Sukkah as פסול? 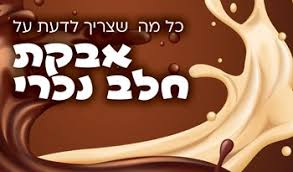 Is one who eats חלב עכו”ם allowed to offer some to a guest that he knows does not eat it? That question applies to any חומרא  that one does not adhere to. Can he serve it to his unsuspecting guests? Can you serve Empire chicken to guests if you know your guests do not eat it?

We discussed the Ritv”a who poses these questions.  See below.

B- What Mitzvah were they performing? Greeting their Rebbe on Yom Tov.

But that is מדרבנן! So how did this absolve them from fulfilling sitting/sleepin in the Sukka which is מן התורה.