1- “An egg is considered an egg only once it is laid” Rav said.

Our Gemara continues to decipher the meaning of this cryptic statement.

2- Perhaps it means that only an egg that is laid naturally is considered an egg. As opposed to eggs that are found inside a chicken after it was shechted, which are not considered eggs per se. 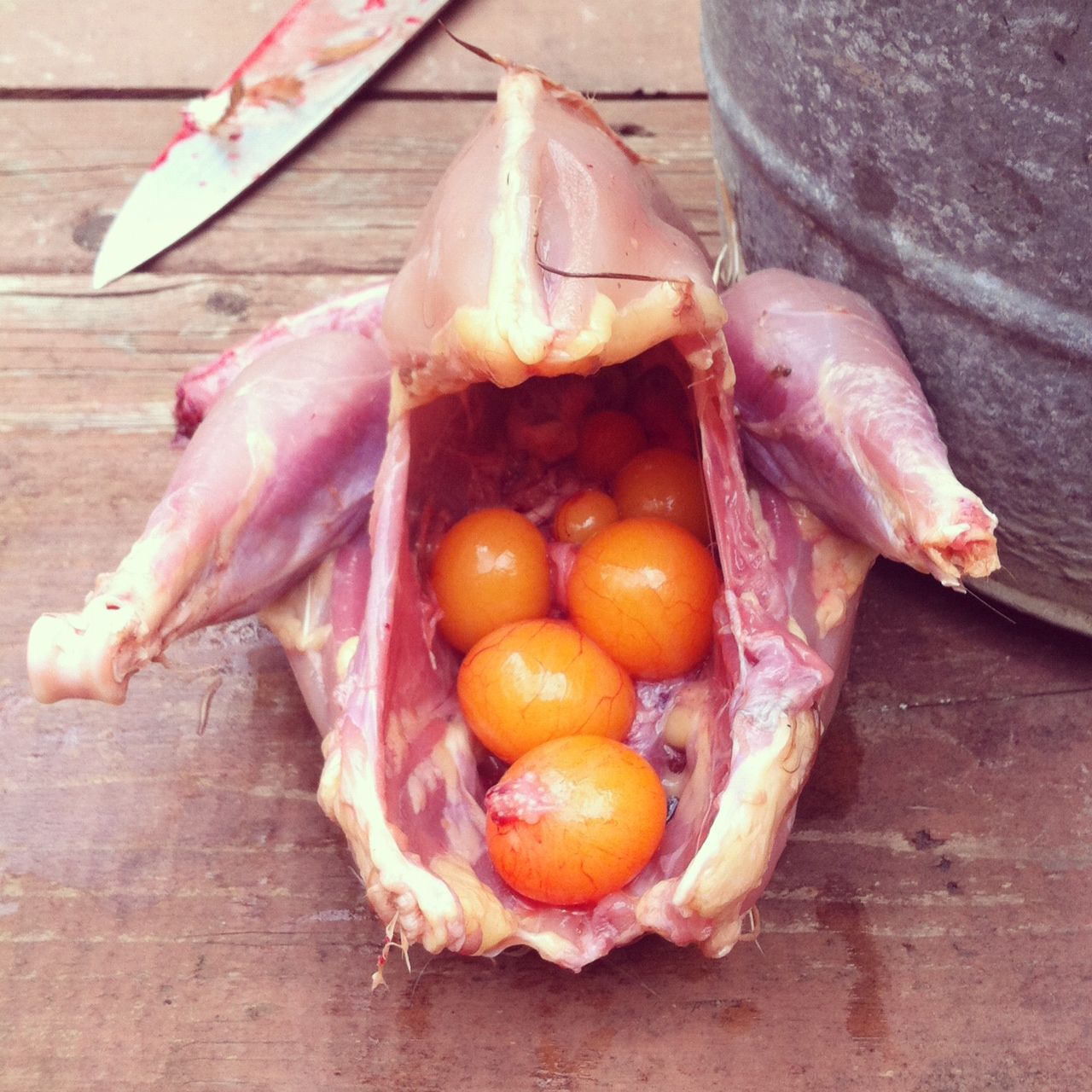 The practical difference would be is if a buyer specifies that he wants to buy “live eggs” (only), meaning that he does not want eggs found inside a chicken.

If the seller did indeed deliver such eggs (from inside the chicken) then he technically didn’t deliver “eggs”, but rather a different product.

The Gemara relates a story of a Din Torah pertaining to the above. Rav Ami ruled that the seller must return the money for a full refund. We do not say that the sale was an effective sale and the seller only needs to refund the difference in the value (ביני ביני) between natural born eggs and ‘inside the chicken eggs’. Rather, the entire sale is voided – מקח טעות.

We discussed as to why we would think that the sale was effective when the general rule in Halacha in regards to commerce is that the seller must deliver exactly as advertised and promised. If he does not, then the sale is invalidated. The seller cannot simply offer the buyer the difference between the value of the inferior product delivered to the one advertised. We would call that a discount. A full refund is the rule.

4- Our Gemara continues discussing if the sac of the eggs and the ovary are considered “‘flesh of the chicken” or not in regards to ‘Felishigs’ and Tumah. 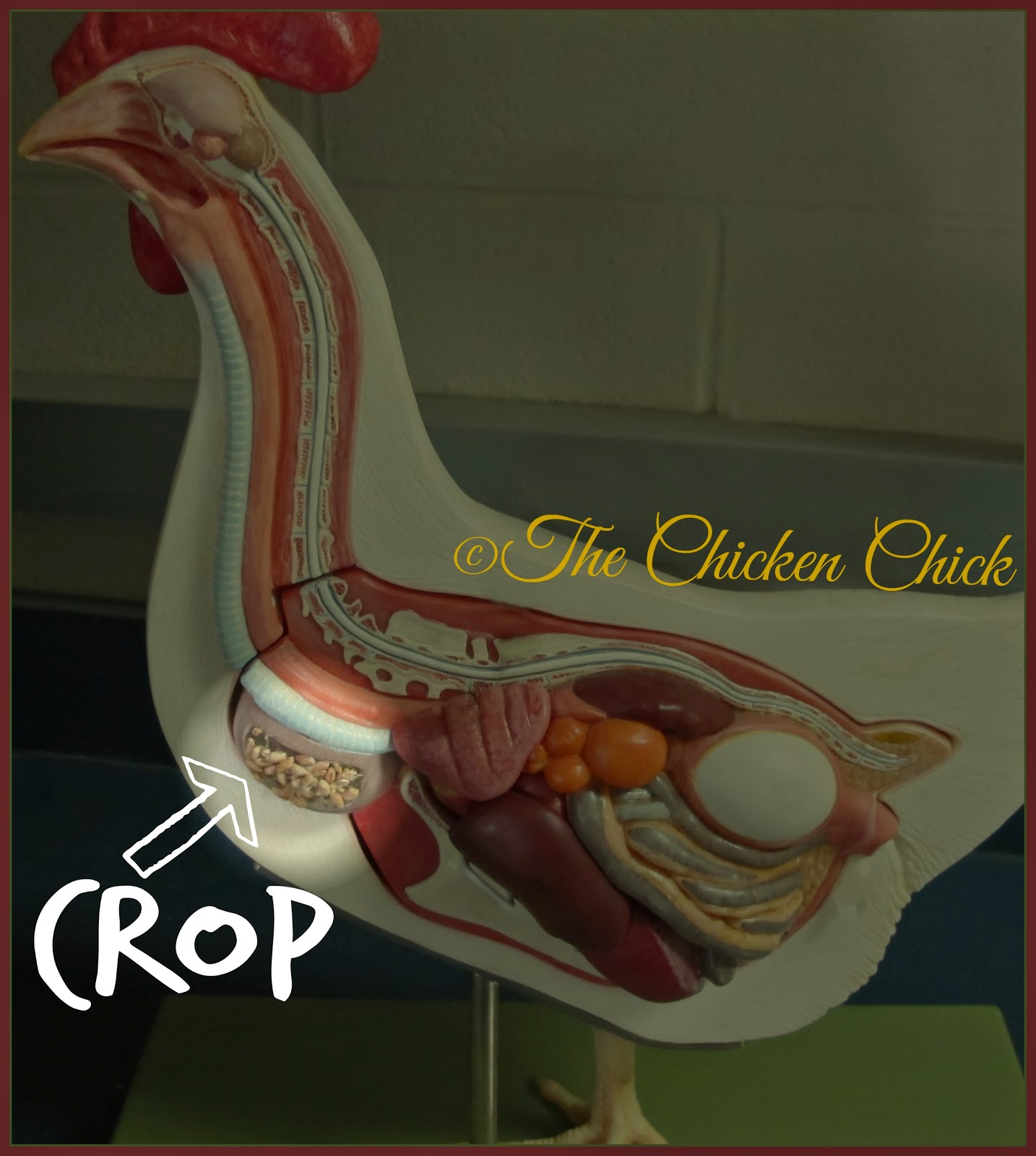 5- Related the story of the Din Torah regarding a sale of a condo unit sold specifically and clearly ‘as is‘ condition.

Months after the buyer moved in the complaints began arriving in torrents.

Discussed if the ‘as is’ concept exists in Halacha.

Unless the seller states and itemizes the exact defect(s) and the buyer accepts it. otherwise, a general ‘as is’, even if the buyer signs a release when he moves in does not preclude the buyer from requesting payment for items unknown to him when he signed the release.

We discussed the three sources/ reasons as to why, in general, eating an egg is not prohibited as an ‘eiver min ha’chai’. We discussed the three sources/reasons as to why, in general, eating an egg is not prohibited as an ‘eiver min ha’chai’.

We discussed the three sources/ reasons as to why, in general, eating an egg is not prohibited as an ‘eiver min ha’chai’:

The gemara in Chullin proves that eggs from a non-kosher bird are not kosher from a possuk in this week’s parshah – “ואת בת היענה” – “and the daughter of the ostrich”.

The gemara asks “does an ostrich have a daughter?”

The Ramban explains that since we know it is permissible to eat chickens, we must say their eggs are permissible too (using the same principle of the בה”ג above – כל היוצא מן הטמא, טמא  – because if the eggs were assur, the chickens would have to be assur too.

1- The Gemara  now focuses on the case of an ‘efroach’ [chick] that emerged from its egg on Yom Tov.

Rav prohibits it from being eaten whereas Shmuel and/or Reb Yochanon permit it.

The reason for Rav’s ruling is simply that it is Muktza. Shmuel and/or Reb Yochanon rationale is based on an interesting concept:

“Ho’il” [since]. Meaning  the egg, by hatching,  causes itself to become permitted to be eaten after Shechita, whereas before it was hatched, it was forbidden, and of course Shechita would not help. And since it has been rectified regarding Shechita is also effectively removes the Muktza aspect.

2- We spoke about the famous Reb Shmuel Strashun and his prolific notes on the entire Sha”s! (And Berel’s family would not allow his pirush to be learned in their home). 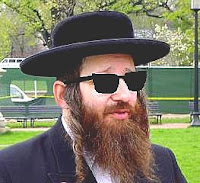 On our topic he finds a similar Gemara in Yevamos 7a where this concept of when an item has two prohibitions and one is removed it affects the removal of the second one as well. (Kohen, Azara, Shaar Nikanor, blood and thumbs).

Rav was asked as to why he prohibits shechting an efroach that was hatched on Yom Tov and yet permits the shechting of a newborn calf. Why are both not Muktza? He answered that the calf was ‘edible’ prior to its own birth and its own shechita by the shechting of its mother prior to its birth. Whereas the egg was not edible in any way prior to it being hatched.

He was then asked by his colleagues as to why one may shecht a newborn calf that was born to a cow that was not edible – such as a ‘ tereifa’ ?

And here we find an expression (as in a few other places in Sha”s); Shosik Rav’. Rav did not answer. He remained silent.

Does this mean that he agreed with them? Or did he not? If he kept his ground then why did he not respond?

We read the text of a note the Rebbe wrote and printed in a few Ma’amorim. The Rebbe Rashab and the Freidiker Rebbe explain that occasionally one comprehends something with clarity and conviction. It is as if he ‘see the concept’.

And yet, despite being convinced of its truth, he cannot explain it. His ability to rationalize his understanding to others is not developed. ‘Chochma that has not descended to Bina’. As an example they quote our Gemara where Rav simply did not answer the question.

This was not out of a lack of substance to respond. As the Rebbe notes the Halacha, according to many is indeed like Rav, despite him being ‘apparently checkmated’ by his colleagues. So the the truth is indeed with Rav’s ruling despite his silence and our lack of understanding the rationale behind it.

He then quotes the Rama of Fanu  who writes that Rav’s silence was due to totally different reason. Rav was a Kabbalist and he knew the Halacha and its reasoning also based on ‘Pnimiyus Hatorah – Sod’. He thus refrained from revealing the secret reasoning as was the custom in those days to keep such matters under wraps.

[The Seder Hadoros writes that Rav was a ‘talmid muvhak’ of Reb Shimon Bar Yochai!]

4- Speaking of newborn calves we mentioned the Alter Rebbe pointing to certain Halachos that are probably never going to be encountered in a practical situation.

Briefly, a child (human or animal) that passed thru the birth canal without touching the uterus! Is this child/calve a ‘bechor’?

Here is from chabad.org Tanya with Rabbi Wineberg’s O”H explanation.

and [detailed queries such as] “If she wrapped him…,” in ch. 4 ofChullin.9

The question discussed there is whether a firstborn animal can be considered to have directly “opened the womb” (and hence be sanctified) in either of two hypothetical cases. According to Rashi, it is a question of what happens if the person assisting in the birth entirely wraps up the animal as it is born. According to Rabbeinu Tam, the question involves a multiple birth, with a cow being born together with the firstborn bull, and wrapping itself completely around it — something extremely unlikely to ever occur.

Nevertheless, all these detailed queries were given to Moses at Sinai.

We spoke about the recent medical events where a complete uterus was transplanted and the recipient conceived and gave birth.

Is this child a ‘bechor’? He did indeed pass thru and come in contact with the uterus but not his mother’s! Is he considered his mother’s first offspring?

1- Gemara discusses the few leniencies of the second day of Yom Tov as opposed to the first day.
Burials. If the body is in danger of decomposing one may use non-Jews to perform the burial on the first day. But on the second day, despite the Takanah of ‘Yom Tov Sheini Shel Goluyos’ we allow the burial to be performed by the regular Jewish Chevrah Kadisha.
2- We discussed the Gemara’s ruling that at a certain point in history they retracted this leniency. The reason being that Jews had government jobs and were given days off for Yom Tov. If the government would find out that a full fledged Jewish burial was performed on the second day Yom Tov they would withdraw the vacation day in the future.

3- We mentioned the Gemara in Shabbos 139b that also prohibited the burial on the second day Yom Tov in the city of Bashkar since they, the  inhabitants are not Bnei Torah! The reason given is that this may lead to other leniencies.

Tosfos cites a story that occurred in the city of Melon, France where a man passed away on the second day Yom Tov and they planned to bury him. Rabbeinu Tam rebuked them saying “The Bashkar people are not Bnei Torah and and you are?!!”

4- Our Gemara speaks one who forgot to make an Eiruv Tavshilin prior to  two day Yom Tov of Thursday and Friday. Here we also see a leniency and the suggestion is to make it on Thursday (first day of Yom Tov) and make a ‘te’nai’ – condition: 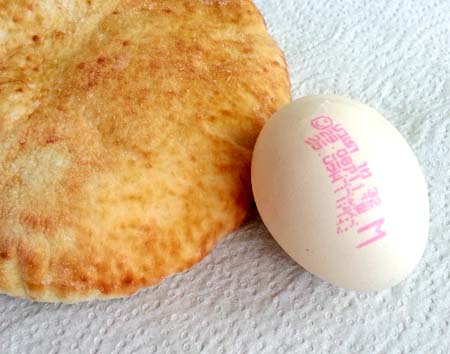 “If today is Yom Tov then tomorrow is not and one can cook tomorrow for Shabbos regardless, if tomorrow is the real Yom Tov then today is not and there is no issue in making the Eiruv Tavshilin on the day before Yom Tov. “
We discussed on why one need and can make a Brocha.
5- In conclusion to the Sugya of two days Yom Tov we discussed at length the famous and perplexing opinion of Reb Saadia Gaon and Rabbeinu Chananel regrading the calendar. 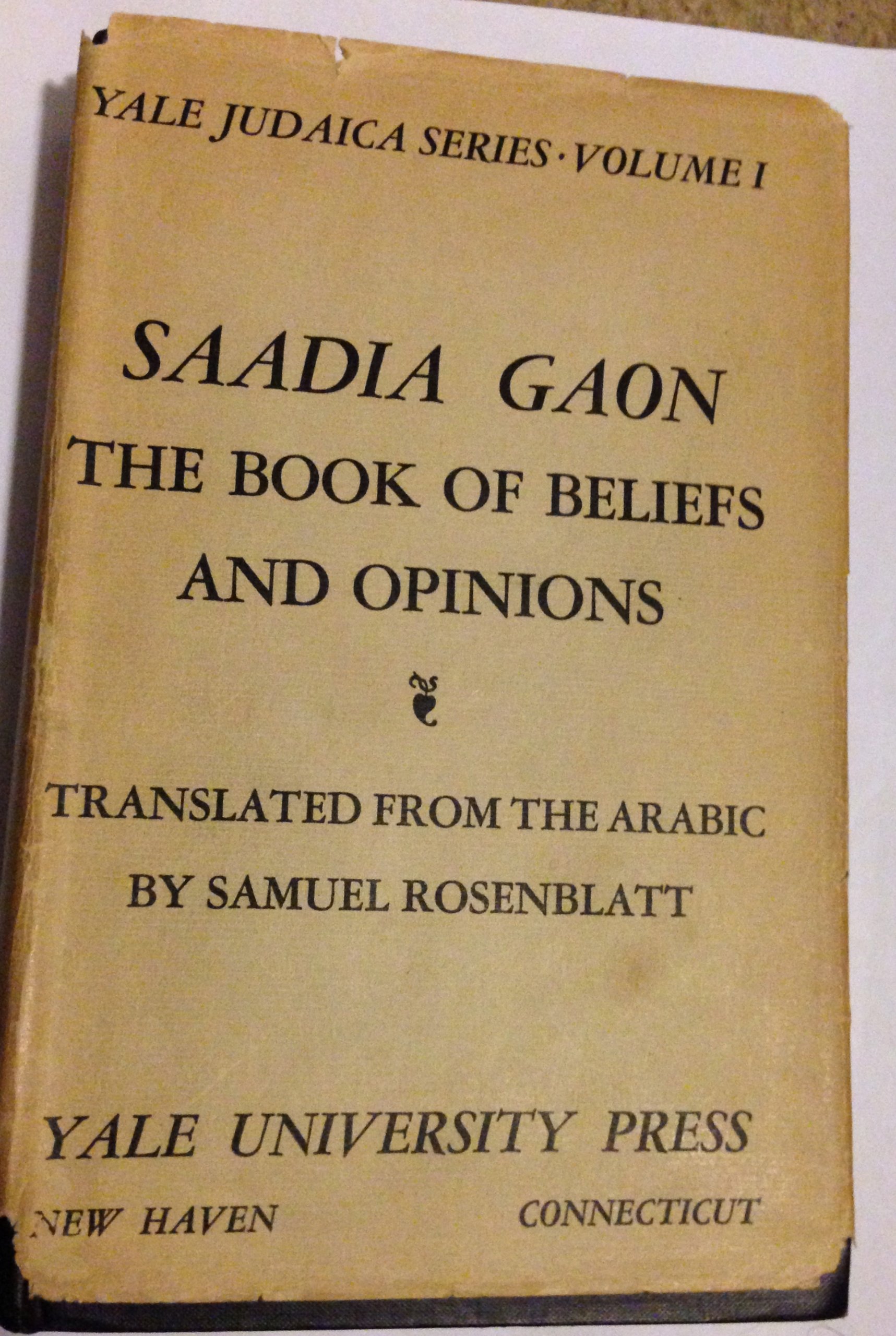 We find that they both held the opinion that Jews always, from Matan Torah onwards, used a calendar to establish the days of the month. The sighting of the new moon was not used to establish when Rosh Chodesh was! This runs counter to whatever we find in the many Mishnayos and pages upon pages of Meseches Rosh Hashana.
We read the text written by Rebeinu Bachya who answers the many questions on this mind-boggling opinion.
http://beta.hebrewbooks.org/pdfpager.aspx?req=14069&st=&pgnum=196

His major point is that all the Gemaras, where it states unequivocally that the norm was for two witnesses to come and testify to Beis Din, applied only for a limited time when the Tzedukim disputed the calendar and the Chachamim wanted to show that the calendar will indeed jive with the moon sightings.

We barely touched the surface of this topic and also discussed as to why, if we always used the calendar, did the people living far from Yerusholayim observe two days? Why not use the calendar and know exactly when Yom Tov occurs!