Well, we rushed to the finish line…. and made a Siyum.

Many thanks to all who organized and participated.

We spoke about the sushi served and discussed if nowadays when:

a- eating raw fish is acceptable, and

(the 2 requisites to label a food requiring Bishul Yisroel)

did the Halocha change and all cooked fish not need Bishul Yisroel?

2- We mentioned the “Droshos Horan” who explains that the idea of the decreasing numbers of ‘fundamental’ Mitzvos was due to the Torah never elaborating which of the 613 were more important thus causing a bit of slack in all of them. So it was consolidated into 11.

But the 11 were also left without a sufficient scale of importance. Etc.

Here is the front page of the Venice edition in 1596.

3- The Alter Rebbe’s explanation of Chabkuk’s ultimate “one”. 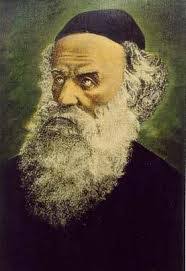 This is [the meaning of] what our Rabbis, of blessed memory, said:6 “Six hundred and thirteen mitzvot were given to Israel;… came Habakkuk and based them all on a single one – faith as it is written:7 ‘a tzaddik lives by his faith.'”

This means, it is as if they — all the mitzvot — consisted of this one mitzvah of faith alone, for through faith alone one will come to fulfill all the 613 mitzvot.

That is, when his heart will rejoice and be glad with his faith in G‑d’s unity, in perfect joy, as though he were obligated by just this one mitzvah, and it alone were the purpose for which he and all the worlds were created — surely, if there were but one such mitzvah for him to do, he would fulfill it with utmost joy.

Let him thus rejoice in the mitzvah of faith, and by the power and vitality of his soul [generated] from this great joy, his soul will soar far above all obstacles hindering his fulfillment of all the 613 mitzvot; both [obstacles] from within —from one’s animal soul, and from without — arising from one’s environment.

Being thus imbued with the awareness of G‑d’s true unity, he will be able to overcome any obstacle hindering him from carrying out the mitzvot. For how can anything stand in the path of G‑d’s Will — the mitzvot, when there is nothing in the world apart from G‑d

4- The opinions about collecting interest from an idolater. From a Rabbinic prohibition to a …. Mitzva as is the opinion of the Alter Rebbe. Par 75.

5- Synopsis of the Siyum by the Rebbe on Makos.

Mentioned briefly the Rebbe’s phenomenal explanation on this. See here page 66.   Thanks to Reb Sholom Mordechai Halevi Rubashkin for bringing this to our attention.

1- We spoke about the miraculous occurrences of Bas Kol and prophecies and how they cannot be used to prove or sway a Halachik decision.

Humorously, we related the story of Boaz  as it throws some light on the above.

To start – some sources say he lived to the ripe old age of 400!

Just pior to his passing he married Rus (Ruth). Now, marrying this convert was very controversial at the time since her pedigree was from the nation of Moav.

The Torah explicitly prohibits a Jewish woman from marrying a male Moavi. Now as to whether a Jewish man may marry a Moavi woman convert was a point of fierce argument for many generations.

Boaz was of the opinion that one is indeed permitted to marry a Moavit. And he did exactly so! He married Rus.

Factually, even a hundred years after this famous marriage, no less that Dovid Hamelech – a descendant of Boaz and Rus,  had to counter those who considered him a “posul” Jew because of his ‘tainted’ linage to the ‘illegitimate’ marriage of Boaz and Rus.

See Yevamos 76a how David Hamelech suffered from this issue.

Eventually the Sanhedrin decided once and for all that a male Jew may marry a Moavi or Amoni woman convert.

Back to Boaz: The story goes that this great 400-year-old Tzadik passed away the day after his controversial marriage.

Would not common logic come to the conclusion that Boaz erred in marrying a Moavit? A great Tzadik who had the zechus to outlive many others dies immediately following his taking a particular side in an ongoing Machlokes? Doesn’t the timing seem odd?

Is that not proof enough that the Halacha is that one is not permitted to marry a Moavit as he did?

The answer is…no. Despite this peculiar phenomenon, it was not a ‘sign from Heaven’ trying to sway the Halacha.

In conclusion – despite the eerie timing of his death the Halocho is that Boaz did nothing wrong.

So proof from ‘happenings’, even if they blatantly ‘prove’ and ‘decide’ the issue bear no weight in Halachik decisions. We mentioned that an analogy to this would be if on the first Shabbos after the completion of the contentious Eiruv in Boro Park, one of the ‘lechis’ (poles) would come crashing down on the Rov that initiated the Eiruv…….. 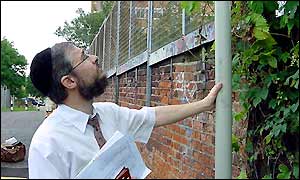 as to what type of precious stone the 3rd Bais Hamikdosh will be built from. G-D hears both sides and declares: It will be made of both types stones.

Yoshfe and Shoham – Hashem said let it be both, which is written להוי
כדין וכדין, so that became כדכד, Kadkod. See here a very interesting Mamor from the Alter Rebbe explaining this wondrous Machlokes and the ‘halacha’.

3- Regarding as to why the rule established by Ezra to use G-d’s name when greeting people is not mentioned in the Shulchan Aruch or elsewhere.  The Chido writes that it got out of hand so it was abolished, just as the Minhag to use G-D’s name when sanctifying an animal was misused and abolished.

Now to this week’s Gemara.

1- Yehuda. (story with Tamar confirming that he was the father)

2 -Shmuel Hanavi. (To prove his honesty)

3 -Shlomo Hamelech. (confirming his decision in the case of the two women fighting for the surviving baby).

About case #3 we mentioned:

The Medrash that explains the story in a fascinating way. The two women were a mother-in-law and her daughter-in-law. The rest is history… The joke of the ‘chosen‘, having been promised to two different families by his absent minded Rosh Yeshiva, arrives in the city to meet his future ‘kalah’  and is met by two warring ‘shvigers’……. He is is mine. No, he is mine……

The Rov rules that the ‘chosen‘ should be cut in half and divided between the two.

When one of the ‘shvigers‘ screams out: “Yes! cut him in half….” The Rav proclaims that she is indeed the true shviger……
5- We spoke about the popular English edition of the Talmud and their ‘misnagdish’ bent on things.

Our Mishna states “Rabbi Chananya ben Akashia says that Hashem wanted  to give Israel merit therefore He gave them Torah and Mitzvos in abundance as it is written ….”

The word merit here is translated from the Hebrew work ‘Le’zakos‘.

In this popular translation they note : ‘A novel explanation by the Meshech Chochma that Lezakos means to purify ‘. (please check actual wording there).  See here his bio.  He was the Misnagdishe Rov in Dvinsk.

It happens to be that this explanation of “Lezakos” to mean purify or to refine (In Yiddish: ois edelen) was already mentioned by the Mezritcher Magid! See here footnote 35.

[One can understand their deficiency of Chassidic works (or perhaps intentional omission…) but one is amazed by their lack of knowledge of Misnagdishe sources. For this explanation of “Lezakos” to mean purify is mentioned in the most classical of Misnagdishe book- the – the Nefesh Chaim (Thanks to Peretz Mochkin – Montreal – ed.) printed 100 years prior to the  Meshech Chochma!] 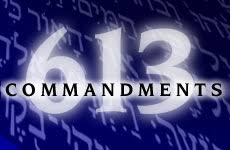 Mentioned the various ‘613 Mitzvah counters’ such as the Beha”g, Reb Sa’adia Gaon, Rambam etc. See here. The Ramban writes that the number 613 was universally accepted.

7-We spoke about the 248 ‘eivorim’, enumerated in the Mishnah in Oholos 1,8. Much has been written about this number and how to reconcile it with modern day pathology. See Tiferes Yisroel there. And here.

In any case, these 248 ‘eivorim’ are only of parts of the human body that contain a bone. So it excludes the heart, lungs and kidneys. Et al. So why when we make a Mi Sheberach for someone that is ill we limit it to only 248 ‘eivorim’ and not ‘to all his ‘eivorim’ that would include everything?

8- We are looking for a source that enumerates the 365 ‘gidin’. Translated nowadays as: veins, sinews and.or muscles. (if it does include muscles then the question above #6 is answered).

We discussed the argument between the Rambam and the Ramban. The Rambam’s opinion is that the second one (You shall not believe in another god, do not make an image, do not bow to them  and do not worship them) is actually 4 distinct negative commandants. The Ramban takes issue with this as our Gemore seems to say that the first two commandments correspond to only two Mitzvos.

10- We spoke about the the opinion of the Beha”g who does not count the belief in G-D as one of the 613.

His reasoning is that it is the basis for all other Mitzvos.

Mentioned the thorough explanation on this topic by the Rebbe the Tzemach Tzedek.

1- The Gemara deliberates the case of one who transgresses a sin that results in both Kares and Makos,  whether or not the Kares is forgiven after he received Makos.

Now, Kares is something between a man and his Maker. So whether or not he is forgiven is something not to be decided by humans!

Humans can discuss and argue the logic of either way but a decision must be made by G-D himself. There is no Bais Din decision involved.

Nevertheless at the conclusion Rav says: “The Halacha is that he is forgiven”.

So Rav Yosef asks a very interesting question to Rav. “Who has ascended to heaven and returned with the decision”. 2- We spoke about the numerous places in Sha”s where a ruling is issued about something that has no relevance today and the Gemara asks “Hilchiso le’Meshicha?!” Meaning, why rule and decide in a machlokes as to who is right when the practical application will only come into play when Moshiach arrives.

Tosfos take issue as to why the Gemara does occasionally ask this and sometime not.

3- We discussed the concept of “Tora lo Bashomayim”.

that prophecy, dreams and even the appearance of Eliyahu Hanavi are inadmissible to the Halachic process.

Here is the famous case of Rabba Bar Nachmeini (B”M 86a.)