1- We continued the Sugya of מחצלת.

The basis is as follows:

If it was made to use as a mat, it turns it into a כלי and מקבל טומאה. That  makes it not Kosher Schach.

If it is made for a shade, wallpaper, or a cover, it does not become a כלי and therefore Kosher to use as Schach.

2- The way Tosfos Rid learns our Mishna and Gemara, the designation is established by the purchaser. Since the manufacturer makes it generic, or neutral, it is up to the purchaser to decide what he bought for. Mat or סכך.

However, if he was ‘blank’ or undecided at the time of purchase, that is the מחלוקת between the חכמים who follow the size, and Reb Eliezer who does not.

3- The way the Rosh learns the Gemara: The designation is decided by the מנהג, meaning what the majority of people in a particular local use these מחצלאות for.  If the common use of these מחצלות  are used as mats, then even if one makes one specifically for סכך, it would be invalid since people would see one use it and not know that he created one specifically for סכך.

The Halacha is like the Rosh. We discussed the need for a Hechsher on these מחצלות.

See here from the OK.

In addition, while visiting the factory, I had the owner write up a sign, in Chinese, (to be hung up in the factory) stating that the mats being produced now are made for shade and religious purposes. To ensure that the sign stated exactly what I requested, I took a copy of the sign and showed it to various Chinese-speaking people, from hotel personnel to airline passengers on the plane ride back from the facility, and asked them to please translate the sign. It was indeed written as I requested.

3- We came across an interesting expression in our Gemara.

We will Bl”n discuss this piece next week. What we managed to talk about was what Reish Lokesh added to the name of Reb Chiya when mentioning him.

I am the atonement for Rabbi Ḥiyya and his sons

What is the meaning of this expression? The commentaries explain as follows: Every human being, even the most greatest of  צדיקים must ‘pass thru the ‘גיהנום’ ! Whatever that means, we know that there it is associated with a certain measure of pain prior to entering גן עדן.

Therefore, a descendant accepts this pain/atonement as a substitute for his parents.

That is the Halachah in שלחן ערוך.  that one needs to say this for 12 months after one’s parents passed away.  YD 249 9.

See the Taz there (9)  why קדיש said for 11 months and  הריני כפרת משכבו is said or written for a full year.

Can someone sell one’s עבירות? Is such a sale valid?

One of the sources he quotes is our Gemara where by saying הריני כפרת משכבו one accepts and transfers the pain that was designated to a parent ontu oneself. 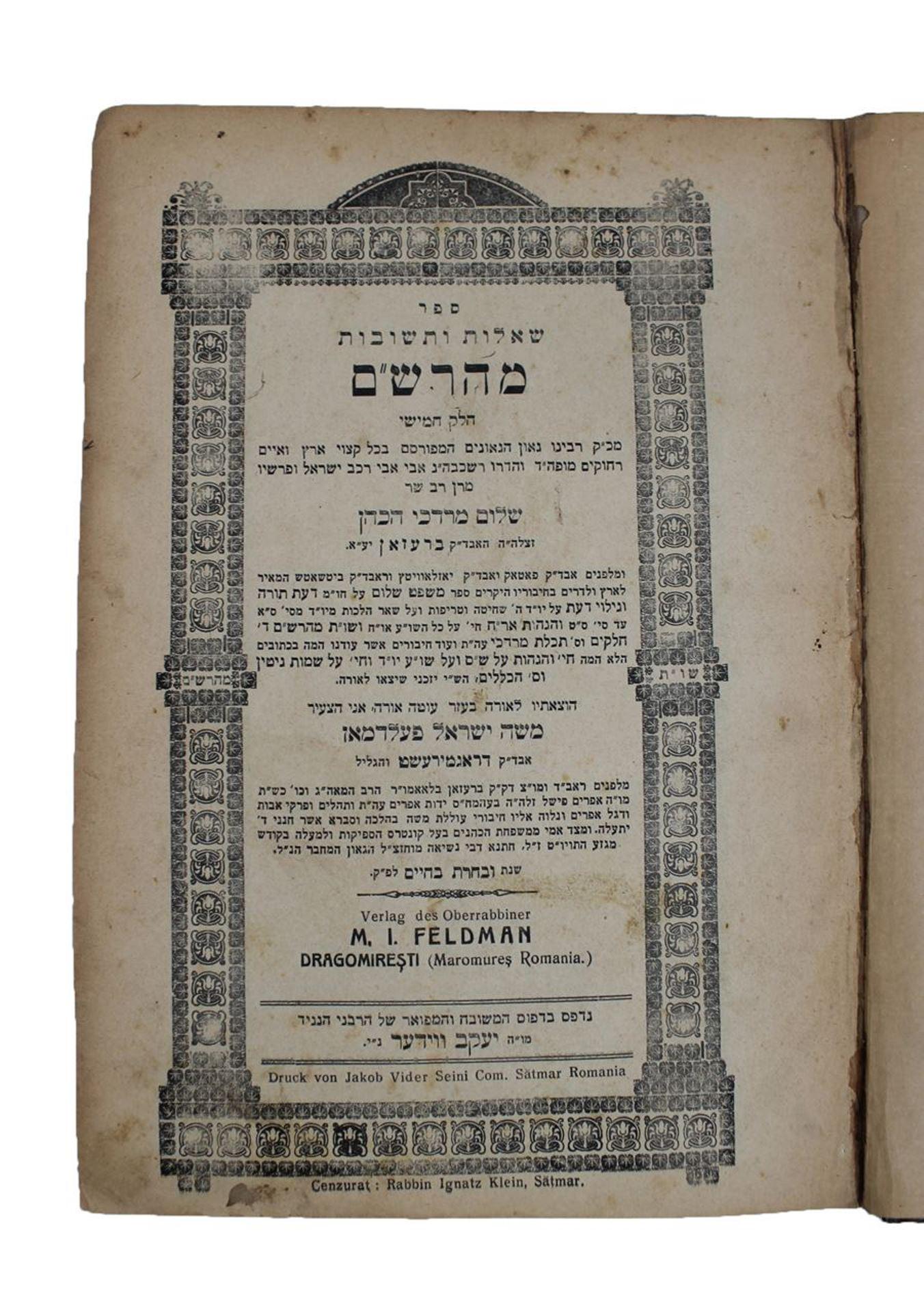 We discussed Chodosh in modern times,  – the story of the Baal Shem Tov who said that for the Bach–  R’ Yoel Sirks, father in law of the Taz – they cooled Gehinnom forty days:

1- Sukkah walls and schach. Can they be one continuous piece? Like leaning a row of tall bamboo sticks against a wall thereby creating a ‘wall and schach’. Or perhaps there needs to be a demarcation line showing where the wall ends and the schach begins.

We encountered an interesting Mishna which throws some light on a topic discussed by many.

Who wrote or compiled the Mishnayos?

The Mishna, when discussing the concept of whether the schach and the walls of a Sukkah need to be defined as two separate entities states the opinion of Reb Eliezer (saying such a Sukkah is פסול) and the Chachamim (saying that such a Sukkah is כשר).

It would follow that the Halachah is for such a Sukkah to be כשר since that is the opinion of the חכמים – the majority. 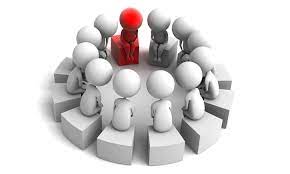 The two opinions, as stated in our Mishna, with the majority saying it’s כשר, are based upon the singular  מסורה of Reb Nosson.

In Halacha however, we follow the ברייתא, that says the majority opinion is that such a Sukkah is פסול , opposite to what we see in our Mishna.

2- So here is the question: Why do we have in our Mishnayos the two opinions as they were stated by Reb Nosson who is a single/minority view?

Why did Rebbi write or insert such a version of this מחלוקת , knowing that in reality the opinions are totally reversed?

3- This touches upon the topic mentioned above.

Did Rebbi actually write all the Mishnayos?

Or perhaps the bulk of the Mishnayos existed already and Rebbi’s role was the compiling and organizing them all into a structured format by creating six סדרים and 60  מסכתות, chapters and individual Mishnos?

This is a much discussed topic with proofs and counter proofs to each side.

Since from the time of the disciples of Shammai and Hillel, three generations before him [meaning Rebbi], there were great disputes regarding the meanings of the Torah and there arose the possibility of there being two Torahs amongst Israel, due to the oppression of the kingdom [Rome] and the evil decrees passed against Israel.

Because of these [troubles] they [the scholars of Israel] were unable to clarify the differing opinions and settle them, until [came] the time of Rebbi.

Then did the Lord give favor unto Rebbi in the eyes of the Roman emperor, Antoninus, and the troubles subsided, and Rebbi was able to gather all of the scholars of the Land of Israel to him [in Beit She’arim and Tzippori]. 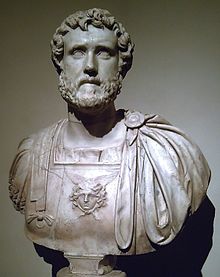 (Though Rebbi could have had a friendship with a different Antoninus)

Until his [Rebbi’s] days, there were no established tractates [of the Oral Law] but rather every student studied and reviewed lectures that he heard from the great men and he ascribed to them these teachings-“this halachah heard from this and this scholar.”

Now, when they all gathered together [at Rebbi’s yeshivah], each of the scholars repeated what he had learned and together they worked to clarify the reasons behind disparate opinions and they settled as to which opinion was to be deemed correct.

And they quoted the opinions and decisions of many scholars anonymously, for Rebbi agreed with their decisions and therefore quoted them anonymously in order to indicate that so is the halacha.

5- We discussed if our Mishna, stating the opinion of a single person, Reb Nosson, as to the opinions of Reb Eliezer and the Chachamim, is proof that this Mishna was not composed by Rebbi. For surely he would have not written it the way we have it.

If Rebbi was only an editor, then it makes sense. For some reason he decided to ‘paste’ this singular opinion into the corpus of the Mishnayos despite him knowing that most disagreed with Reb Nosson.

6- Another proof we discussed is the famous story of the families that produced the לחם הפנים and the קטורת for the Beis Hamikdash. 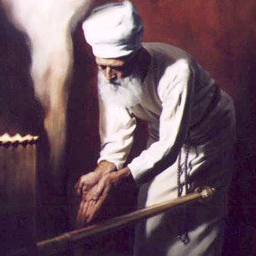 By not divulging the secret ingredients and processes  to produce these items to others, they were ‘mentioned to shame’ in the Mishna in Yuma 38a and  Yerushalmi Shekalim. 13a, 14b.

However, Reb Akiva relates 2 heartbreaking stories concerning the Avtinas family and their refusal to divulge the process of creating the קטורת. 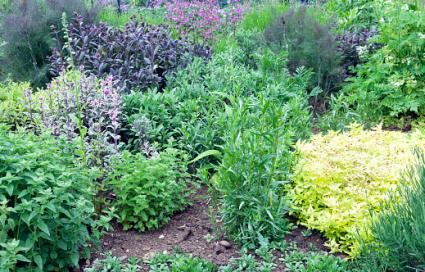 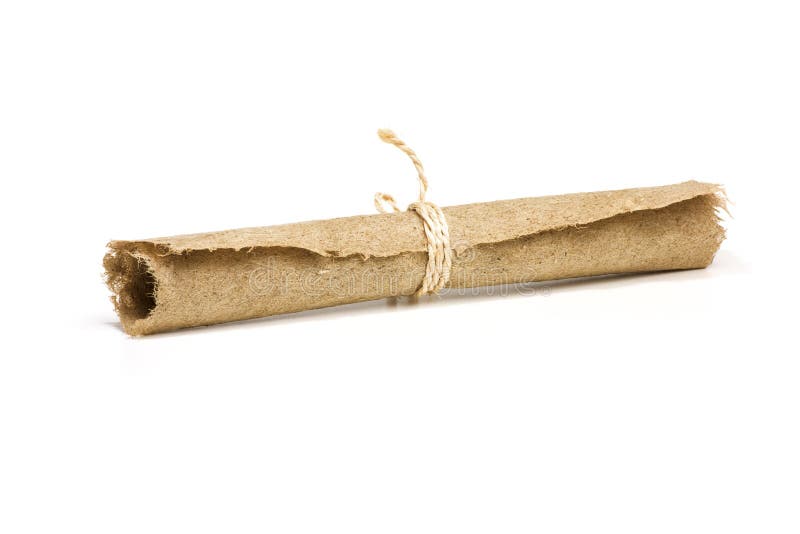 Rabbi Yocḥanan ben Nuri said: One time I found an old man who had in his hand a scroll with the location and formula for blending of spices. I said to him: Where are you from? What is your ancestry? He said to me: I am from the House of Avtinas. I asked him: And what is in your hand? He said to me: A scroll of spices. I said to him: Show it to me. He said to me: As long as the House of Avtinas, my forefathers, was extant, they would not pass it on to anyone. And now, here it is; and be careful with it not to give it to anyone.

Here is the interesting conclusion Reb Akiva arrived at:

And when I came and related my statement before Rabbi Akiva, he said to me: And now that they have surrendered the scroll to worthy recipients since they are unable to maintain its sanctity, it is prohibited to mention them unfavorably, as even their earlier reticence was apparently for the glory of God.

And yet, our Mishna still says that the house of Avtinas is always mentioned not favorably!

As above, some say that this is another proof that Rebbi placed into the Mishnayos original texts that were received from previous generations without the correction of later generations.

On the other hand, as we spoke at the shiur, the other school of thought has an answer to this last proof.

7- We began the Mishna that discusses using mats מחצלת for סכך. 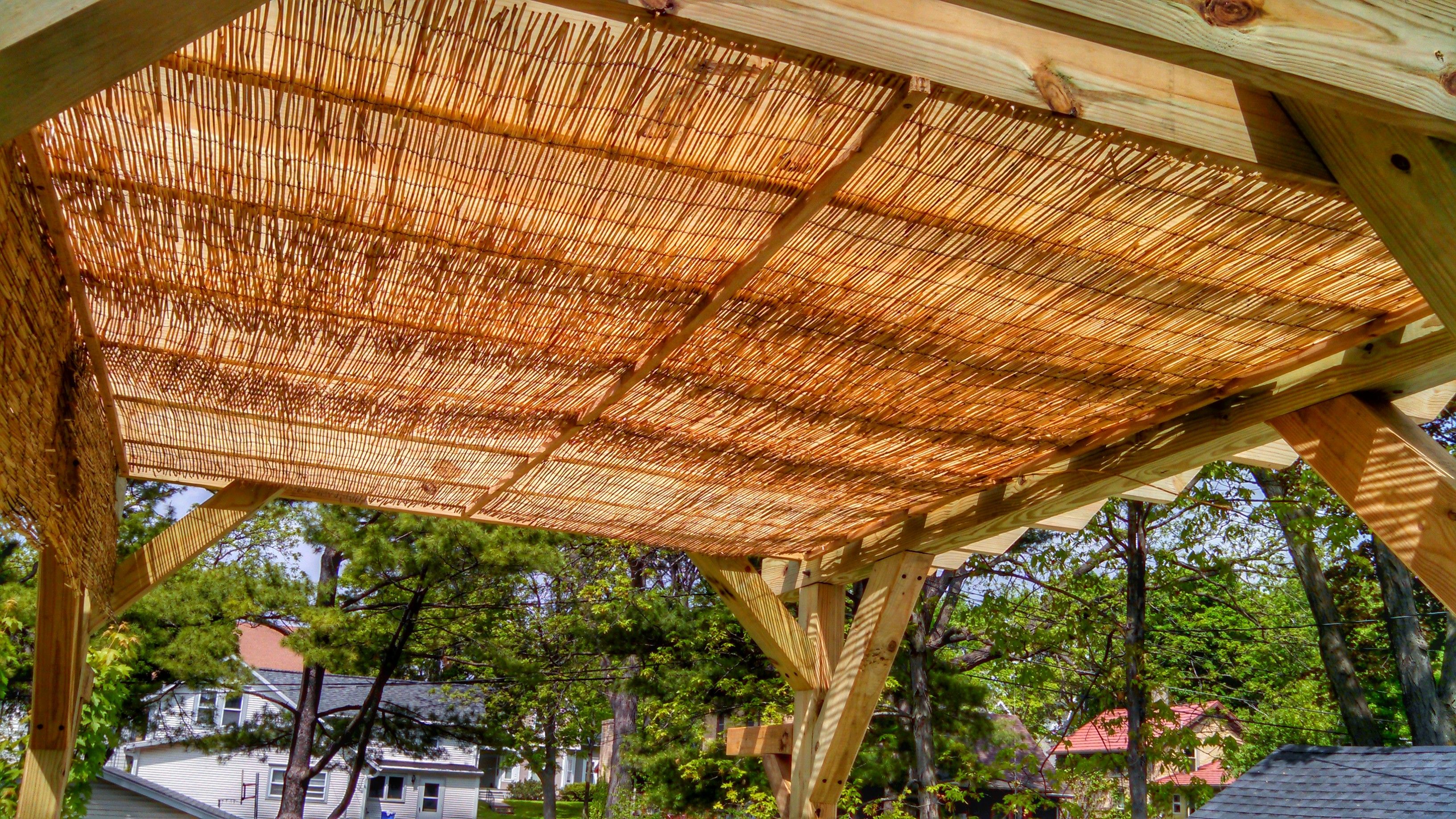 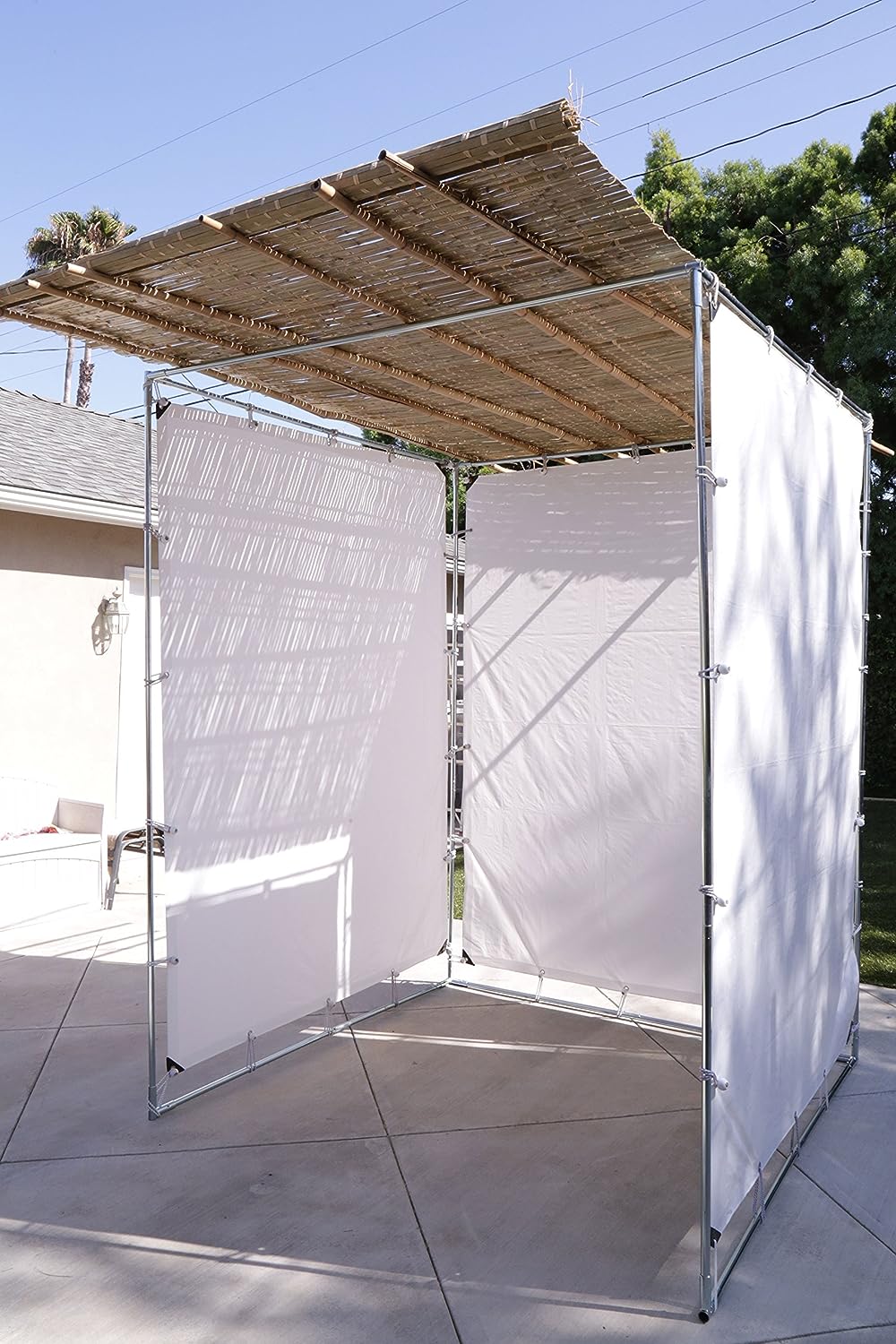 The Beraisa is trying to teach that an area that one would think is not a proper Sukkah is indeed a kosher Sukkah area.

A- A back to back Sukkah.

B- A Suka where two of the opposite walls are uneven. 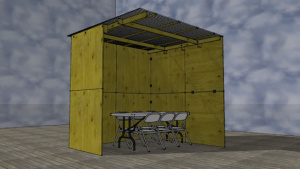 C- A Sukkah that a majority has shade more than sunlight. A small portion has more sunlight than shade.

D- A small 7 x 7 Suka covered by 4 טפחים of kosher Schach and the balance non-kosher Schach. 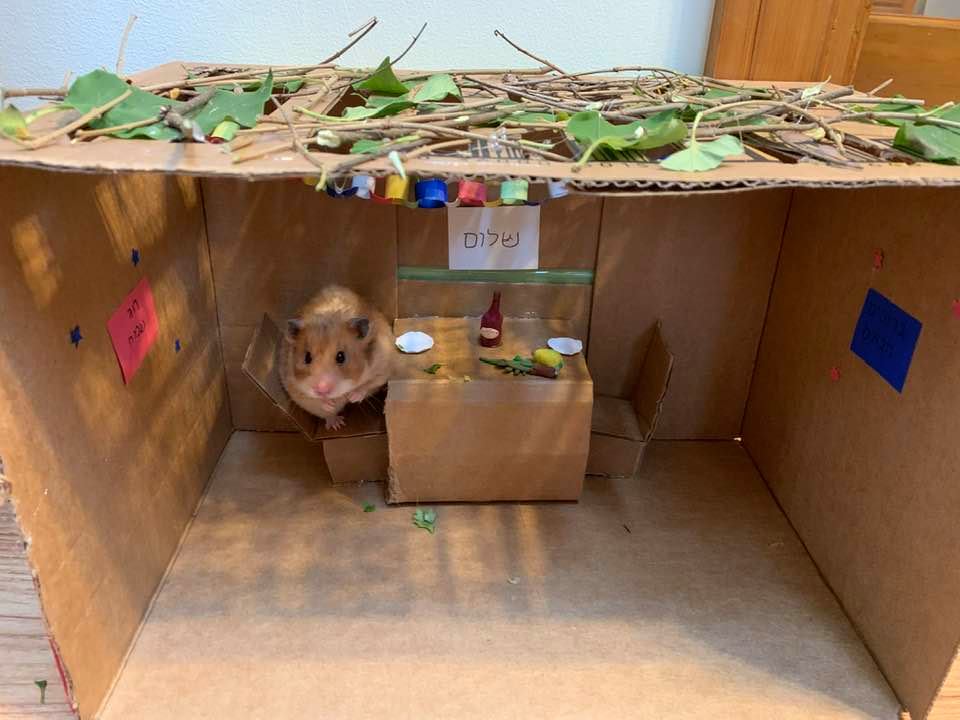 Sitting under an area that has little or no Schach at all.

3- The Mishna concerning a Sukkah that just has walls or just Schach. Example, branches leaning against a wall. The area under these branches is sizable and enough to be considered a proper Suka. 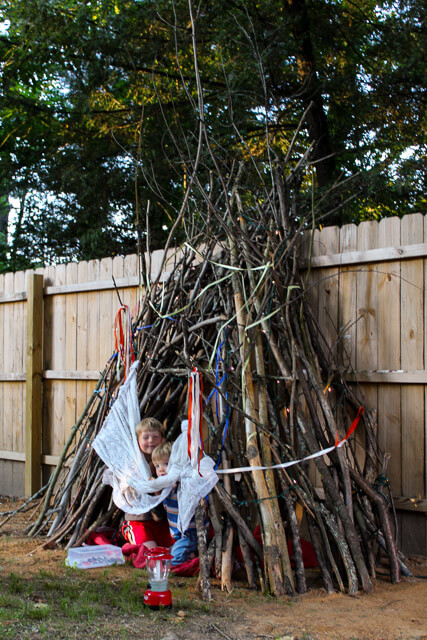 The issue is whether a Sukkah needs to have defined walls and defined Schach. One item cannot serve both purposes. 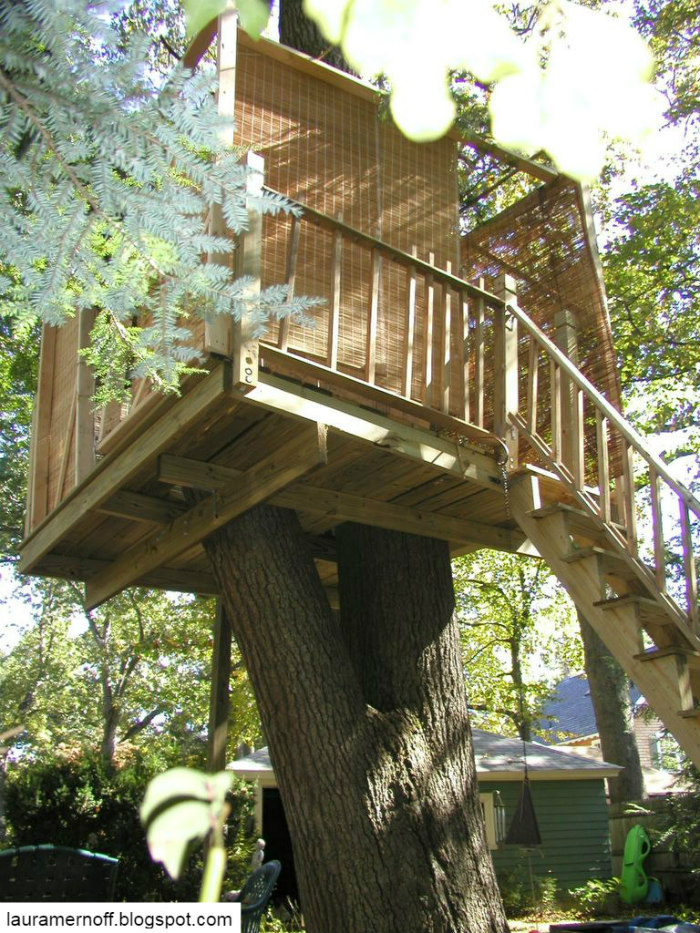