1- Our Gemara addresses medicinal treatment on Shabbos for an eye condition that does not pose a threat to the life of the patient. The only dispute regarding this issue presented in the Gemara is whether the Jewish patient is permitted to assist the non-Jew with the treatment, but all opinions agree that a non-Jew may be asked to administer this treatment.

2- A Baraisa records a dispute between Beis Shammai and Beis Hillel regarding the permissibility to bake thick loaves on Pesach.

R’ Huna defines a thick loaf of having the thickness of Tefach based on the precedent of the Lechem Hapanim.

R’ Yosef questions whether one could use the Lechem Hapanim as precedent for baking thick loaves on Pesach.

R’ Yirmiyah bar Abba in the name of Rav explains that the dispute in the Baraisa relates not to the thickness of the loaves but to the number of loaves that are baked – פת עבה = פת מרובה – , and the issue here is regarding baking more than necessary on Yom Tov.

3- We discussed the Lechem Hapanim and the meaning of “Panim”. On the surface it means that it was shaped like a U and thus had ‘sides’ and therefore called Ponim.

We spoke about the issue of eating a cake with that has letters on it.

We read the text of the Ramo. The Mogen Avrohom (6) adds that the prohibition is not limited to letters but also to pictures. צורות.

We then discussed shapes- meaning if the cake or cookie itself is in the form of shapes. The Mogen Avrohom brings an opinion that it is permitted but ends of with a צריך עיון.

The Alter Rebbe writes about letters. Not shapes. Here. 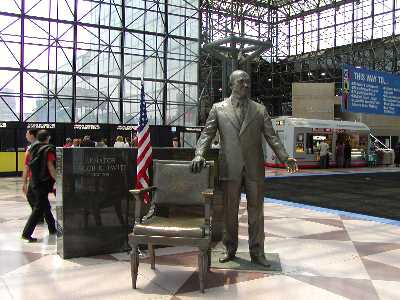 5- We mentioned the old Yeshivi’she saying that to be successful in learning one must be like a Kosher egg…..

The siman of a Kosher egg is that one end is round and the other pointy. Both round or both pointy are non-Kosher.

In learning, round on both sides (diligence but with non-sharp head) or sharp on both ends (sharp mind but no diligence) is not a good sign.

To be successful one needs to be round on the bottom…. meaning ‘zitz fleish’…… and sharp on the top meaning a sharp mind….. 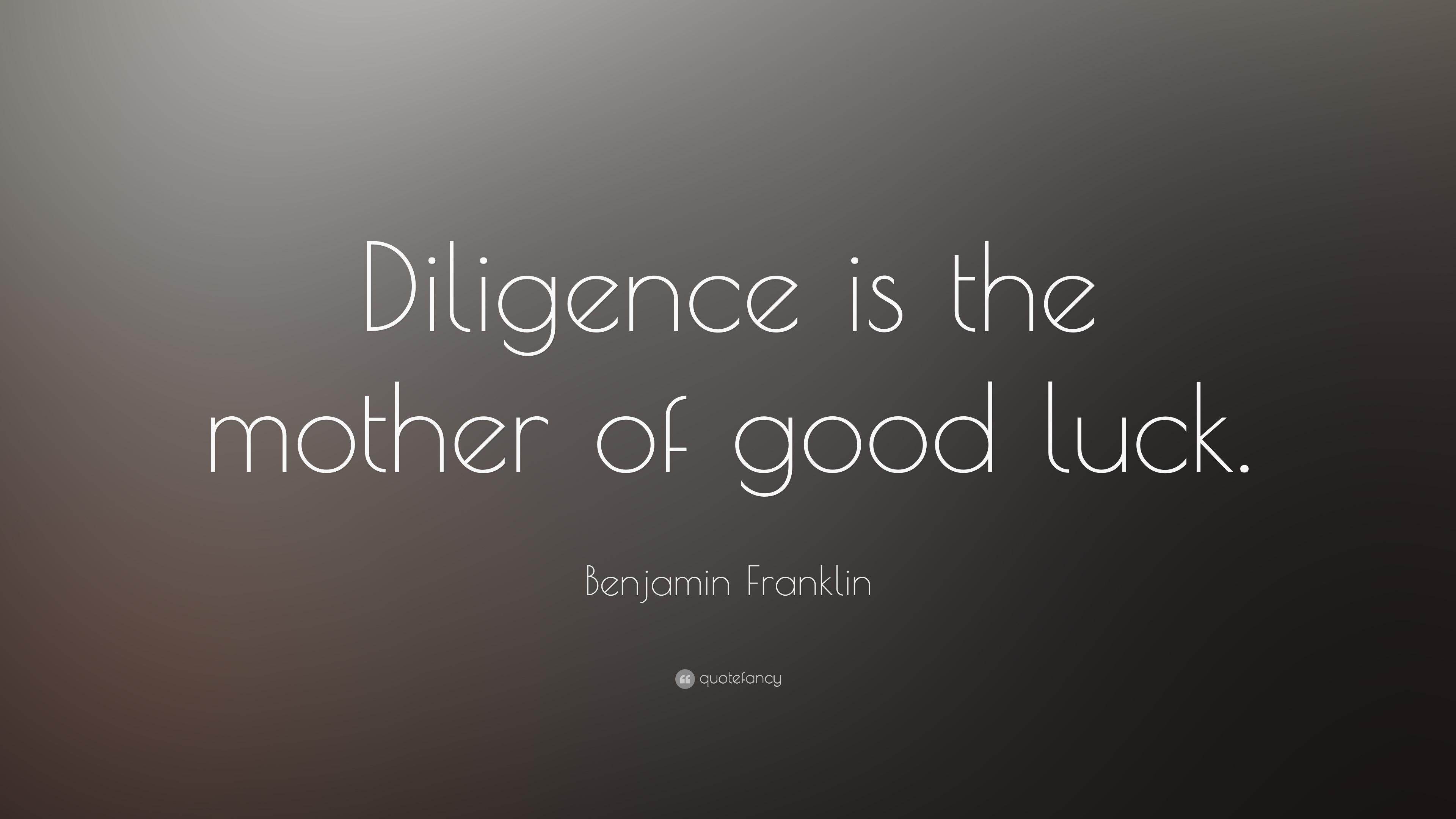 6- For Gimmel Tamuz we studied a footnote (18) written by the Rebbe where he writes that “it is a sharp idea” !

Here is the accompanying page:

1- We began with the Gemara: Aba bar Marta asked Abaye if one may extinguish a flame on Yom Tov for the sake of “Davar Acher“

Abaye first replied that one should use another house (or room) and not extinguish a flame.

If no other house is available, then one may set up a partition (Mechitzah) in his room.

If no partition is available, then he should place a utensil over the candle.

If none of these alternatives are available, one may not extinguish the flame.

We discussed as to why if Abaye maintained that one may not extinguish a flame for the sake of “Davar Acher,” then why did he not say so in the first place?

2- We tried to give a general overview of one of the fundamental (and difficult) issues in our Mesechtah.

1- The Torah only permits work on Yom  Tov that is ‘for the purpose of eating’.

2- The principle of “Mitoch” teaches that any Melachah permitted for the sake of Ochel Nefesh is also permitted for other purposes. Such as carrying a siddur to Shul.

So far so good.

The problem is the ruling in our Gemara where it concludes that one is not permitted to extinguish a candle for “Davar Acher” because it is ‘machshirim’!

How is extinguishing a flame ‘machshirim’?

The Melachah of Mechabeh-  כיבוי ,extinguishing, is clearly permitted for the sake of Ochel Nefesh, as the Gemara teaches on the next Daf, when it says that one is permitted to grill meat on top of burning coals on Yom Tov even though the fat that drips from the meat extinguishes the coals. This is even according to the Chachamim!

Similarly, the Gemara teaches that the act of Mechabeh is permitted for other forms of Ochel Nefesh: When a flame is smoking and is going to ruin the food, one is permitted to extinguish the flame in order to save the food.

Since Mechabeh is permitted in that case because of Ochel Nefesh, why is it not permitted for other purposes because of “Mitoch”?

We spoke about the long Kuntres Achron of the Alter Rebbe that tackles this issue.  We the comments of the Sfas Emes and the Avnei Neizer on the Alter Rebbe.

3- We had a brief farbrengen in honor of Avrohom Niyazof’s yom Holedes.

We spoke about the famous ‘Perek Shira’ which is an ancient Jewish pamphlet that contains 85 sections, in each,  elements of creation beginning with the sun and moon and ending with animals, use various verses in order to sing God’s praises.

The Alter Rebbe mentions this composition in a few places. See here.

We mentioned the sharp words of the Miteler Rebbe utilizing the verse said by the mule.

1- Our Mishnah relates that Rabban Gamliel enumerated three opinions of Beis Shamai that he and his family followed. This is despite the fact that Halacha (and descendants of Hillel) generally follows Beis Hillel.

The first one is regarding the permissibly of Hatmanah (vs שהייה) – insulating water- on Yom Tov right before Shabbos.

a- R’ Huna explains that the dispute between Beis Shamai and Beis Hillel regarding insulating water refers to a case where the person did not make an eiruv tavshilin. The reason Beis Hillel permits insulating the water is that in such a circumstance they allow another person to make minimal preparations for him for Shabbos. (see below)

Beis Shamai would agree, except for Hatmanah. Why? Because keeping food warm is a luxury. Thus, someone that forgot to make an Eiruv Tavshilin is not granted a pass for Hatmanah.

b-  Rava maintains that Beis Shammai and Beis Hillel are discussing a case where an eiruv tavshilin was indeed made.  Nonetheless, Beis Shammai say that insulating is unique because it is obvious that it is done for Shabbos – i.e, later on in the evening and not for immediate use. Thus it is prohibited. 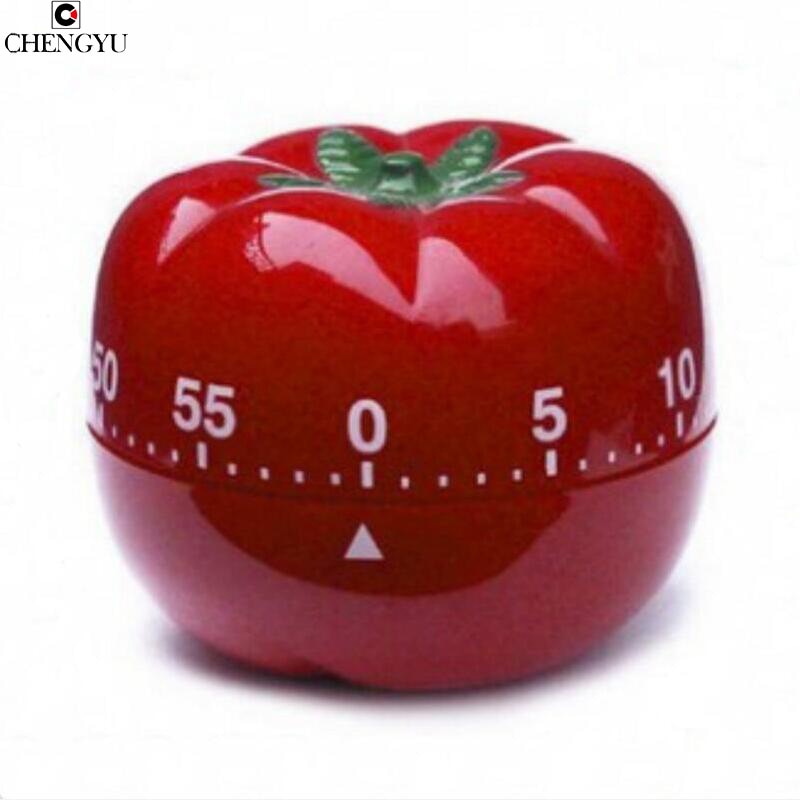 c- Abaya offers an alternative explanation of the dispute. According to Beis Shamai (as per Chanania) one needs to make a separate eiruv tavshilin each for cooking, baking and Hatmanah.

Performing one does not permit the others. So this chap made an eiruv tavshilin for cooking but not Hatmono. Beis Hillel say he can do all forms of work on Yom Tov for Shabbos. Beis Shamai limits him to cooking only.

2- We discussed the text of R’ Huna above and a Beraisa: ” A person did not make an eiruv tavshilin may have another person make minimal preparations for Shabbos.

One loaf of bread. 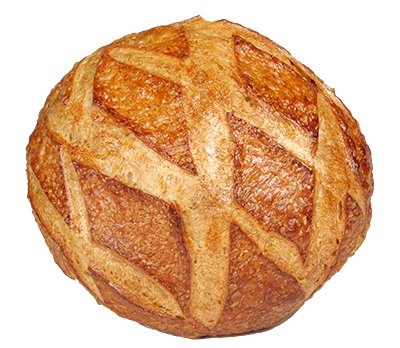 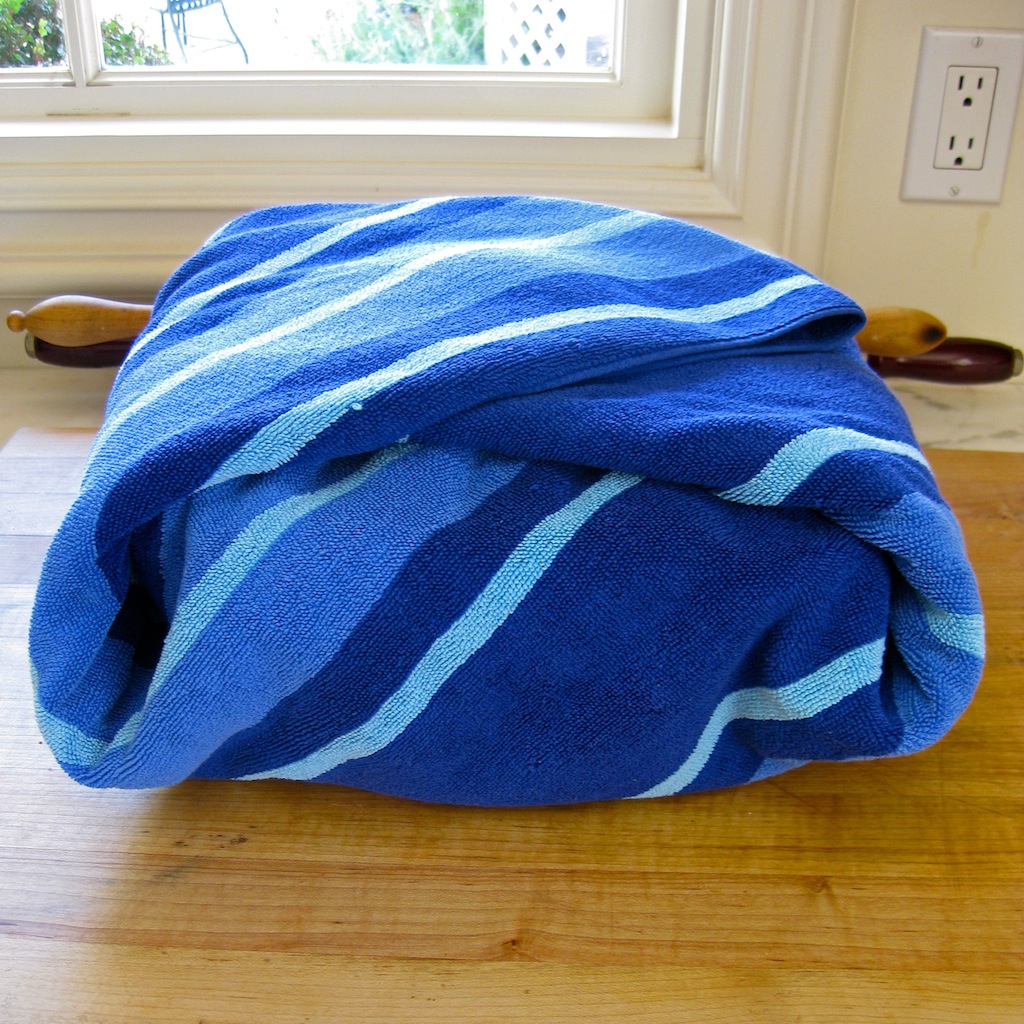 A candle may be lit for him. 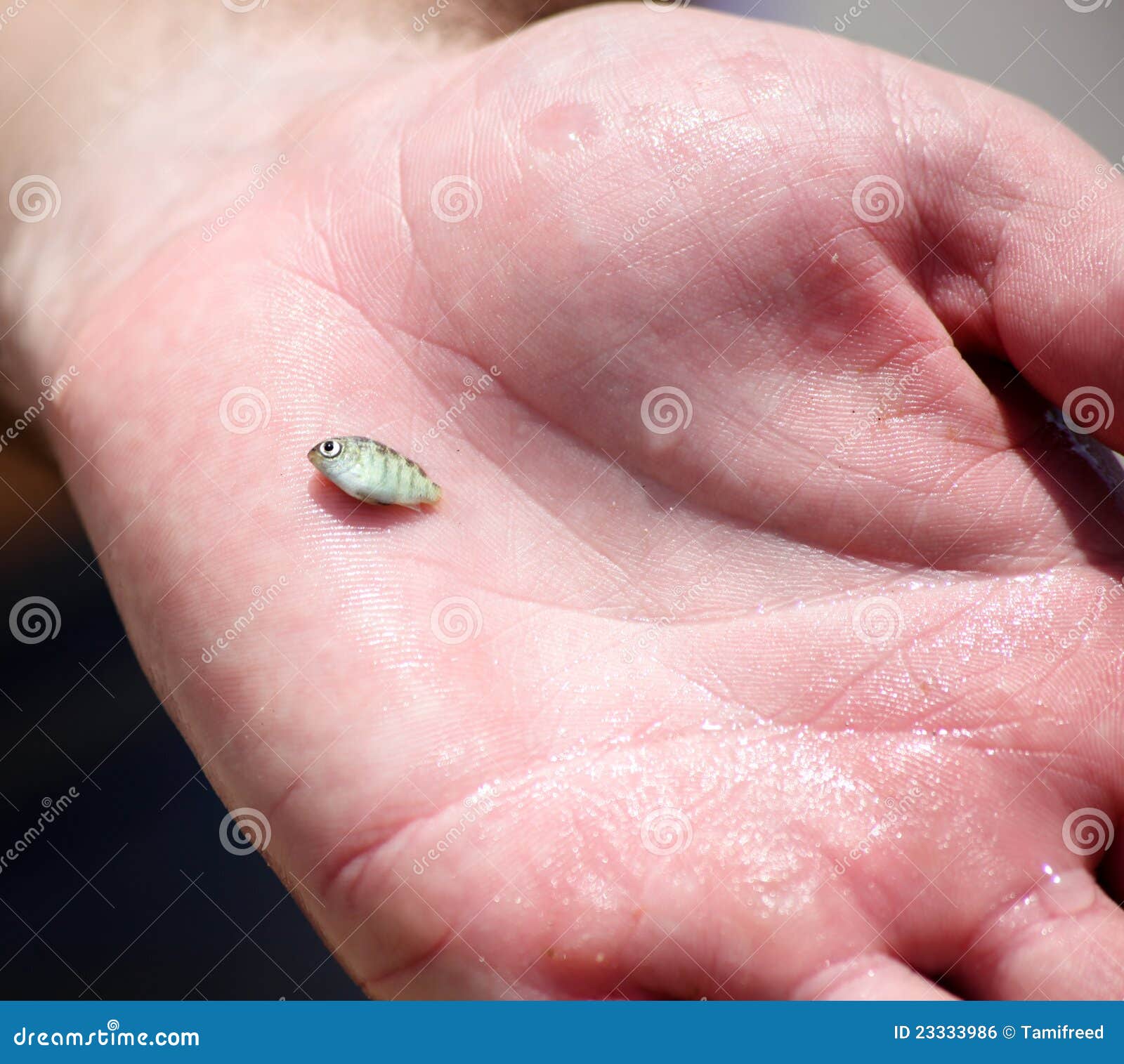 One pot of hot water.

Notice the omission of the word one when referring to candles.

The Rif and the Rambam see this as evidence that one may light as many candles as one wishes (despite his not making an eiruv tavshilin) and derive from this that one need not to mention in the eiruv tavshilin the “lighting of candles”. That type of work needs no eiruv tavshilin. 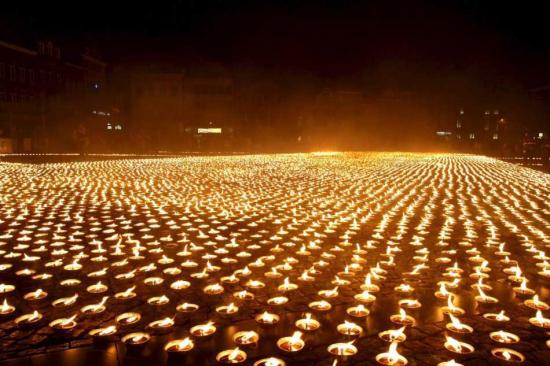 Tosfos argues and one needs to mention all types of work. That is the accepted Halachah.

3- The second one is regarding the permissibly of ‘straightening the candlestick’. 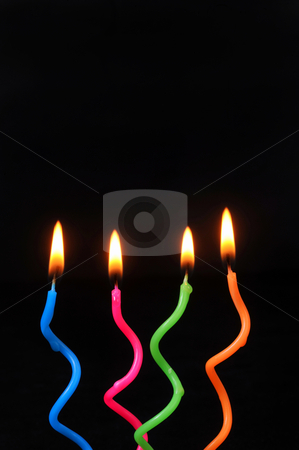 What does that mean?

R’ Chinana bar Bisna explains that the dispute relates to the issue of whether or not the prohibitions against construction and demolition ( בונה     and/or סותר) apply to utensils. Building or destructing a keli – יש / אין בנין בכלי.

A related incident is recorded where the Shammash of Ula tilted the oil candle to cause the candle to extinguish sooner.

We learned the Tosfos that explains the prohibition is not because one hastens the extinguishing later on. That would be permitted, such as placing buckets of water to stop an approaching fire. The issue here is that at the moment that one reduces the amount of oil the luminous of the candle is diminished.

Similarly, adding oil is prohibited only when the candle will emit more light as a s result.

The Rosh argues on this:

4- We related a story that pertains to our Gemara. Here it is from the Internet:

Once, the Rebbe of Ger, zt”l, came to visit Rav Chaim Soloveitchik, zt”l, the Rav of Brisk.

The two spent a long time in private conversation in a side room, and when it was time for the Rebbe to take his leave, the Rav accompanied his guest to the door.

Just before he left, the Rav of Brisk asked his illustrious visitor a question. He said, “I have always found a certain statement of Chazal quite perplexing. Perhaps you have an answer.

The Midrash on Parshas Tetzave teaches that we find that Rabbi Chaninah s’gan kohanim said: When I served in the Beis HaMikdash, I would light the menorah on Rosh HaShanah, and it would miraculously stay lit until the following Rosh HaShanah.

But we know that lighting the Menorah was a positive commandment that was to be performed every single day! How could it be that they did not fulfill a מצות עשה for an entire year?”

The Gerrer Rebbe answered without missing a beat, “Don’t we find that it says in the Baraisa brought in Beitza 22a that one who adds oil has transgressed the prohibition of מבעיר ?This is true even if a person only added a single drop. If so, it could have been that they added a single drop of oil every day for the sake of fulfilling the mitzvah, and because it was only a drop, there was also a miracle occurring. בדיעבד ,adding less than the full amount of oil to the Menorah is not מעכב “!

With that the Rebbe went on his way.

Afterward, the Rav of Brisk praised the quick-witted response to those with him. “What a lovely p’shat,” he said. “Wonderfully clever!