1- Mishna concerning the removal/return of the doors of the shopkeepers box-stalls on Yom Tov. 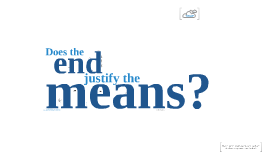 2- Ula’s general statement that 3 prohibitions were permitted because have they not been allowed, it would have caused the lack of an observance to begin with.

A reverse of ‘the end justifies the means’.

For example – after an animal was shechted on Yom Tov we allow the handling of its hide (and placing it at the door to be trampled on which is part of the tanning process) despite it being muktze.

For had we prohibited the handling of the hide one would not shecht to begin with, least he loses value of the untouched hide. Not shechting on Yom Tov diminishes simchas Yom Tov.

3- We mentioned that Reb Akiva Eiger notes an additional situation where such a reasoning is applied.

As we learned in Rosh Hashana people that see the appearance of the new moon are permitted to be mechalel Shabbos to make their way to the Beis Din.

Once they testify they cannot be mechalel Shabbos to return home. Only on the prohibition of the laws of techum (2000 amos) can one be lenient.

Why this leniency? Because were we not to allow them to return home they would not have come to the Beis Din to begin with. 4- From here we went to discuss the issue of Hatzolah; if they are permitted to drive back once they drop of the patient at a hospital. The rational to allow the return by ambulance is that if prohibited the members would be reluctant to drive to the hospital on Shabbos.

5- The Amora ‘Rachva’ adds a fourth case where the means justifies the end.  The case concerns a wine vat opened on Yom Tov when the laws of the schism between the ‘chover’ and the ‘am ha’aretz’ were relaxed in Yerushalayim.

We discussed the concept of a ‘chover’ and tried to understand how these people lived. Did their shying away from the ‘am ha’aretz’ cause strife and animosity?Their membership, the initiation rites, the ability for someone that lost his membership (due to non-compliance) to rejoin, the status of a woman ‘chover’ etc.

1- Our topics were on two issues concerning the hide and fats of an animal that was shechted on Yom Tov.

2- Preparing the hide (tanning) for use involves some melochos which are prohibited on Yom Tov, resulting in the hide being muktzeh. On the other hand, not to do anything with the hide would cause it to spoil.

Thus the difference of opinions concerning the movement of the hide. Beis Hillel allows the placing of the hide at the door for people to step on. The reason being that if this minimum of handling is prohibited one would simply not shecht on Yom Tov which would in turn cause a lack of simchas Yom Tov.

3- Part of the tanning process is the salting of the skins. Our Gemara discusses if one would be allowed to salt meat on top of the hides so that any salt which falls off would indirectly land on the hide…..

4- We discussed the famed question of Reb Akiva Eiger concerning the requiring of salting of meat. Salting must be done on both sides. When salting, say, a 10 inch wide piece of meat, we assume that the salt on one side penetrates 5″ into that side. Ditto for the salt on the other side and thereby both together desalting the entire 10″.

So if salt has the power to desalt to a depth of 5″ why does one need to salt  both sides of a piece of meat that is only 5″ thick?!

And the answer to that is that the salt on both sides work in unison. Only by salting both sides at the same time does the salt reach the middle of the chunk of meat.

So his question is: if one, for whatever reason, salted only one side, in order to rectify this error,  the halacha is that he now needs to salt the other side. It seems that he can do it hours after he originally salted the first side. But what will salting the other side accomplish now? The salt on the original side has already dissipated and lost its extraction capabilities. So the halocho should have been stated that he needs to redo and salt both sides!

5- We spoke about the chemical that completely removes the blood of meat rendering the meat totally white and it’s halachik implications. Also mentioned the Rinse and Chill process and the controversy in 2009 about using it for kashering. See attached. Rinse and Chill-Rabbi Weissmandl

6- We went on to discuss a truly interesting and rare phenomenon in the Alter Rebbe’s Shulchan Aruch where he takes to task (rather harshly) a great scholar who attempted to argue with the Magen Avraham regarding the halacha of nolad on Yom Tov.