1- Our Mishna discusses the verses:  “If the guilty one has incurred [the penalty of] lashes, then the judge shall…. flog him in front of him, commensurate with his crime, in number.

With forty [lashes] he shall flog him; he shall not exceed, lest he give him a much more severe flogging than these [forty lashes], and your brother will be degraded before your eyes.” The Mishna says that the order of the words “In Number – Forty mean to imply that only 39 Malkus are given.

2- We spoke about the opinion of most of the Rishonim that the number 39 is Min HaTorah as opposed to the Rambam who says that it is a “Seyag’ enacted by the Chachomim in to ensure that one does not go over the 40.

How are lashes administered to a person liable to receive them? According to his strength, as indicated by [Deuteronomy 25:2] “According to his wickedness by number.” The number 40 stated in the following verse is mentioned to teach that more than 40 lashes are never administered even if the person is as healthy and as strong as Samson. When, by contrast, a person is weak, the amount of lashes is reduced. For if a weak person is given many lashes, he will certainly die. Therefore our Sages said: that even a very healthy person is given only 39 lashes. For if accidentally an extra blow is administered, he will still not have been given more than the 40 which he was required to receive.

We mentioned the Chinuch who is unable to explain the Rambam’s opinion.

We read the text of the Kesef Mishna who explains the Rambam’s words based upon the concept that the Rambam designates all Halachos that are derived from the 13 principles (Shlosh Esrei Midos) and Halacha L’Moshe Misinai as “divrei Sofrim”.

The classic example is Kidushin- engagement to a woman using money or a ring. In our printed edition of the Rambam he states that Kidushei Kesef is “divrei Sofrim!”.

But that is semi problematic since some manuscripts of the actual Rambam seem to imply that the Rambam changed his mind and subsequently amended  it to say that all the above are considered Divrei Torah.

Here is quote from a fine article on the topic. Page 165.

It must be noted here that there are manuscripts of Mishna Torah containing variations in the text of the two Halakhot mentioned above.  In these texts, Rambam says the exact opposite, namely that all three of the methods of kidushin are “din torah” – Biblical. According to R’ Avraham ben HaRambam and R’ Moshe HaKohen of Lunil, although initially Rambam held that kiddushei kessef is Rabbinic, he subsequently changed his position and amended the text of Mishna Torah to say that they are all Biblical. The earlier manuscripts of Mishna Torah which had already been in circulation at that point were never changed, and these were later used as the source for the printed editions.

3- We discussed the concept if the Torah rounds off numbers.

For example:When the Torah lists the number of people in each of the 12 tribes  we find mostly a multiple of either 50 or 100. There are differing views regarding whether or not these numbers are exact.

4- We quoted the Rosh in Pesachim that makes note of three instances that one must say that the number mentioned in the Torah means “up to that number“. 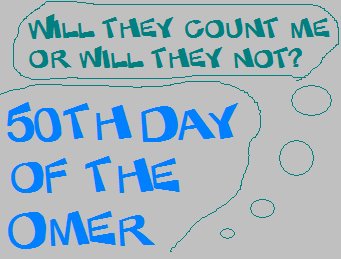 2- When enumerating the count of Ya’akov’s family that descended to Mitzraim the Torah itemizes 69 and then summarizes them as “a total of 70”! So here again it implies that the 70 means “up to that number“. 3- Malkus- We know from Halocha L’Moshe Misinai that the number is 39.

Thus the number 40 mention in the Torah means “up to that number“.

1- In continuation to the case of the Mishna, of one doing one act and simultaneously transgressing eight ‘Lavin’,

Our Gemara suggests that perhaps we can add some more ‘Lavin’:

What if this fellow was plowing on the spot that an ‘Eglah Arufa’ was beheaded? The Torah prohibits one to plow or plant there.

We discussed the question of Reb Shimon of Kinon (here) (directions) in his rare to find book ‘Sefer Hakrisus’, as to why one is allowed to plow anywhere in Eretz Isroel if perhaps that is a spot that the Mitzvah of Eglah Arufa was performed?

We cannot answer that we follow the ‘rov’ – meaning that the majority of fields did not have an Eglah Arufa….because the rule of ‘Kovua‘ (Halacha 11) should apply! (Zevachim 73a, top)

[He also ask there why we don’t all read the Megillah on the 14th and the 15th day of Adar since there is a remote chance that the city we’re in once had a wall around it!]

We mentioned the opinion of the Rambam that “Nachal Ei’son” where the Eglah Arufa was beheaded was in or at the banks of a strong flowing river.

Parenthetically- this Reb Shimshon, despite being a great scholar and Kabbalist is the one who famously said:  “when I pray, I pray just like a child“.

Meaning that even if one is well versed in the order of the Sefiros etc. when praying one should think of G-D himself.

See here as he is quoted by the Tzemach Tzedek in ‘Shoresh Mitzvas Ha’Tefila’ Chater 8.

2- The Gemara suggest another scenario: a fellow who swears not to plow and goes ahead and plows, thereby transgressing another Lav.

We discussed the humorous story of the Ropshitzer Rebbe who gave advice to one of his Chassidim that didn’t want his wife around….Here is the story with slight variations. (Page 3)

3- How about the Nazir? Can that indeed be nullified?

The Gemara states that the case of the Mishna where this fellow was plowing in a cemetery was a Kohen and Nazir. This Nazir, the Gemara adds, was a “Shimshon-type Nazir”.

Meaning that he was a ‘lifetime Nazir’; thus no nullification would be permitted.

In 1965, the Rebbe, upon concluding the 11 months of saying Kaddish for his mother, Rebbetzin Chana (who passed away on Vov Tishrei 5725) made a Siyum on Meseches Nazir. [The Rebbe spoke on the 5th of Menachem Av as that year was a leap year].

The Messechta ends with a discussion on the status of Shmuel Hanavi, whose mother ‘Rebbetzen’ Chanah vowed that if she were to have a son she would “never cut his hair”, so was he, Shmuel, a Nazir like Shimshon? Etc.

We mentioned the idea of the Rebbe on this topic:

Briefly – how can a mother commit her unborn son to be a Nazir? Ditto with Shimshon whose entire Nazir status came from what his parents heard from an angle that appeared to them advising them that their soon to be born son shall be a Nazir?  [Albeit not a 100% Nazir].

The Rebbe suggest that both Shimshon and Shmuel’s Nazir status came about in two stages. Prior to becoming Bar Mitzvah they “acted’ like a Nazir. Both their parents’ commitment (only) obligated them to act like a Nazir.

But it did not take effect until after their Bar Mitzvah when they accepted their Nazir status on their own. 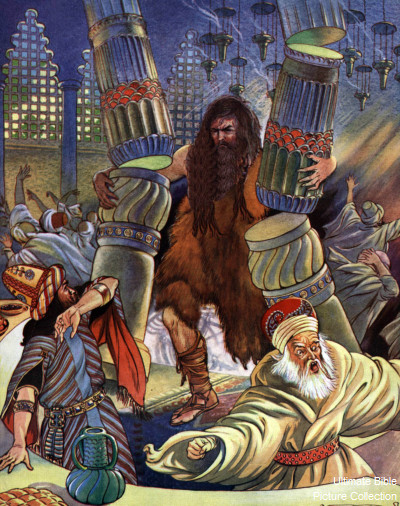 Now here is the clincher – once they accepted it at the age of 13 it retroactively gave them the status of being a Nazir from birth due to their parent’s commitment- which is considered a valid beginning!

As an example the Rebbe bring a case of a child convert who must go thru two acts: circumcision and mikvah.

Now a child Ger when turning Bar or Bas Mitzvah then needs to recommit. He can also renounce it and is considered not Jewish!

Once he commits he is considered a Yid from the time of his Bris and the Tevilah preformed as a child suffices and he does not need to go to the Mikvah again.

The problem is that how is that pre-Bar Mitzvah Mikvah act valid? The fact that one has the option to renounce his Geirus and reverts back to being a Goy  means that all his acts prior to his commitment at his Bar mitzvah are worthless and therefore should not be valid at all?

Rebbe uses this as proof says that a commitment prior to the real event taking place is sufficient to be considered a valid beginning.

Similarly, every adult Ger needs to go thru Milah and Tevila.  What is his status between these two acts?

-The Rebbe quotes the Ramban that says that the Torah intentionally allows for a time period between the two so that he, the potential convert, can change his mind!

[One can assume that after the trauma of one’s adult Bris there is ‘a lot’ to think about….]

So this Ger is in limbo until he goes to the Mikvah. But once he does, he is retroactively a Ger from the circumcision.

So this brings us back to the process of the Nazir status of Shimshon and Shmuel:

Their parents’ commitment on their behalf, their acting as a Nazir until their Bar Mitzvah (a valid beginning) and finally their self-made commitment at that point which solidified their Nazir status retroactively back to their birth.