Our Gemara discusses the issue of covering the blood after the shechita in a case where loose earth was not prepared before Yom Tov.

Beis Shamai has no issue in allowing one to dig up some earth to cover the blood. On the other hand, Beis Hillel rules that one should not shecht if loose gravel is not available.

All agree however, that (despite the Halocha that one should not) if one did shecht he should use a shovel to dig and perform the Mitzvah of ‘Kisui HaDam‘.

The story (Brachos 48a)  of a young Abaya and Rava studying under Rabba. They were asked by Rava “who do we Bentch to”? And they responded to “Rachamono”. “And where is Rachamono” he asked them? Abaya pointed to the the roof. Rava went outside and pointed to the sky. 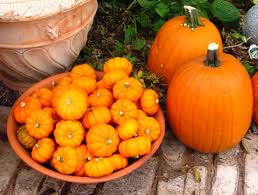 Upon seeing these two youngster’s pointing he predicted that they will be great schoolrs one day. “As the popular saying goes: BOTZIN BOTZIN MI’KATFEI YEDI’A– [the quality of] pumpkins is known by testing the sap from which they are formed, i.e. future Talmidei Chachamim are recognizable at a young age

3-We discussed the four issues in digging for earth on Yom Tov:

c- Boneh- building. (digging a hole in preparation to build) 5- We began the Tosfos concerning the materials that can be used to cover the blood of a fowl or Chaya. The Torah states explicitly: Ofor – meaning earth. Can ashes be used?

Story of the poor guy who was in a desert with no earth to use (how’s that?). His only solution is to grind down a gold coin into dust and use it to perform Kisui Hadom!

Or if one is on a boat with no earth available. Can he burn his clothes and use the ashes?