One who purchases wine from among the Samaritans and there is reason to suspect that teruma and tithes were not taken, and he is not in a position to separate teruma, he acts as follows. If there are one hundred log of wine in the barrels, he says:

Two log that I will separate in the future are teruma, as the mandated average measure of teruma is one-fiftieth or 2%; 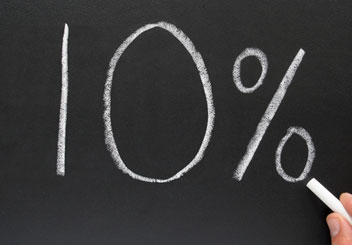 a tenth of the remainder, or 10%, which is nine log, are second tithe.

And he deconsecrates the second tithe that he will separate in the future, transferring its sanctity to money, and he may drink the wine immediately, relying on the separation that he will perform later. This is the statement of Rabbi Meir.

Rabbi Yehuda and Rabbi Yosi and Rabbi Shimon prohibit one from doing so.

2- According to the conclusion of the גמרא, the argument is whether this sort of giving תרומה ומעשרות has any validity at all. Or, using the term of the גמרא:

We discussed the following:

A- If you say יש ברירה  it works, and one can drink the wine immediately, relying on his separating תרומה ומעשרות at a later time, when he reaches close to the bottom of the barrel.

See here the story of Rabban Gamliel on the ship.

If eventually he does not separate  this תרומה ומעשרות, [either  by drinking to the end of the barrel or if the barrel breaks] it is then retroactively acknowledged that there was no  תרומה ומעשרות given and this poor chap simply drank טבל.

B- If אין ברירה, it means that such a method of giving תרומה ומעשרות does not work.

What happens with this barrel?

We discussed that this is a מחלוקת of the ראשונים if we say that since אין ברירה nothing happened and it’s still טבל.

Or, it does take effect. Meaning that his words did indeed create תרומה ומעשרות, it’s in the barrel somewhere, but since ,אין ברירה, we cannot know where in the barrel it is!

Consequently, only a Kohen can drink from it!

Reb Elchanan (Beitzah 35) has an interesting explanation as to why if יש ברירה and the barrel breaks it is deemed טבל,  and if אין ברירה we say that it is mixed תרומה ומעשרות.

3- We spoke about the rare expression in Tosfos. The question they ask is as follows: if one starts with 100 gallons and takes out 2 gallons for תרומה there are 98 gallons left. The next step of giving 10% of the remainder to a לוי would result in 9.8 gallons only. Not 10 gallons. Yet the Mishna says ’10 gallons to the Levi’?

The simple answer is that the Mishna rounded the numbers.

.Tosafos writes that some say that one indeed needs to give the Levi a full 10 gallons! Why? Because in theory one doe not need to give 2% for תרומה.

מן התורה   even one drop of wine is sufficient. So the Levi is owed a full 10 gallons. Therefore the Mishna states ‘10 gallons’ to the Levi.

Tosafos categorically rejects this explanation: ‘This is totally incorrect’.  זה לא יתכן מכלל. Tosafos offers no explanation as to why not.

We discussed the ריטב”א as to what Tosafos’s reason is.

4- Reb Yehudah, who generally assumes that לא חיישינן למיתה, nevertheless says that on Yom Kippur, the כהן גדול, who needs to be married to do the עבודה, prepares another wife ‘waiting’ to become his wife if his current wife dies.

The גמרא offers an explanation: מעלה עשו בכפרה. Meaning that Yom Kippur being the day of  כפרה results in taking extra precautions (מיתה)  that ordinarily we are not concerned with.

We mentioned the Tosafos ישנים at the beginning of Yuma that writes that this entire idea of the Kohen Gadol being married is not מעכב. If he does the avodah and is single, it’s fine. 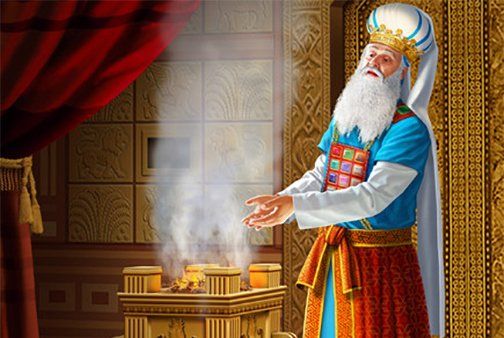 Yet, כפרה is so important that we go out of our way (according to Reb Yehuda) and arrange this ‘second’ wife in order to ensure proper כפרה if the needs arrives. The elderly Rosh Yeshiva  asks the “new” bochur his name:

‘My name is Chaim Lipkin and I’m not a grandson of Reb Yisroel Slanter.’